Man Utd verdict: Jadon Sancho has stepped out of Cristiano Ronaldo’s shadow and began to make his mark at Old Trafford
Advertisement 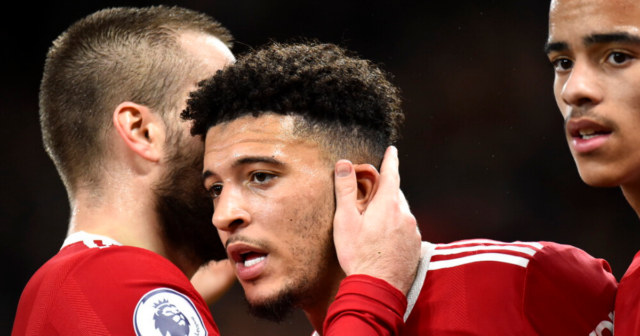 JADON SANCHO has been completely upstaged by Cristiano Ronaldo for much of the season so far.

But there were signs on a much more encouraging night that maybe this place is big enough for the two of them after all. 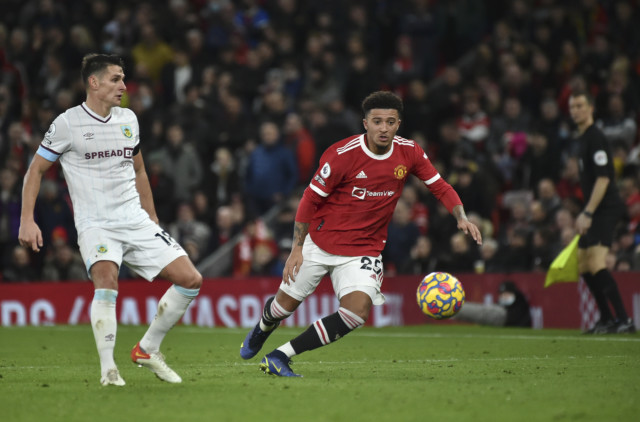 Jadon Sancho took his chance well when starting against the Clarets

There was huge excitement when United clinched the signing of Sancho for a whopping £73 million in the days after England’s Euro 2020 defeat.

After all, they have always loved their wingers at Old Trafford and here was one who seemed a good fit.

Yet the return of arguably their most famous one for a second stint with the Red Devils a few weeks took the spotlight off Sancho.

It also meant his opportunities in the starting line-up were restricted in the early weeks of the season.

Considering it was Ole Gunnar Solskjaer who pushed so hard to sign him, he seemed reluctant to use him and as a result it was a low key start to his United career.

When he did play he looked low on confidence and a shadow of the player who ripped up the German league with Borussia Dortmund in recent years.

It was when Michael Carrick took charge on a caretaker basis in November that the 21-year-old got the run in the team he craved.

He started all three matches under the former midfielder and scored his first league goal in the creditable draw at Chelsea.

On taking charge for the remainder of season, Ralf Rangnick picked him in the starting XI for his first two matches in charge as well.

And while he was back on the bench at Newcastle on Monday, they looked more of a threat after he had replaced Fred at half time.

So just quietly, the former City trainee seems to be coming of age at Old Trafford.

The 4-2-4 formation sent out by Rangnick in the 3-1 home win over Burnley – which also included Ronaldo, Edinson Cavani and Mason Greenwood in the forward line – looks ideal for him.

It is a formation which allows Sancho to share the stage with CR7 and here there was plenty to enjoy from both of them here.

Just before the half hour Sancho popped up on the left and weaved his way into the box before rolling a low shot across Wayne Hennessey and into the far corner. 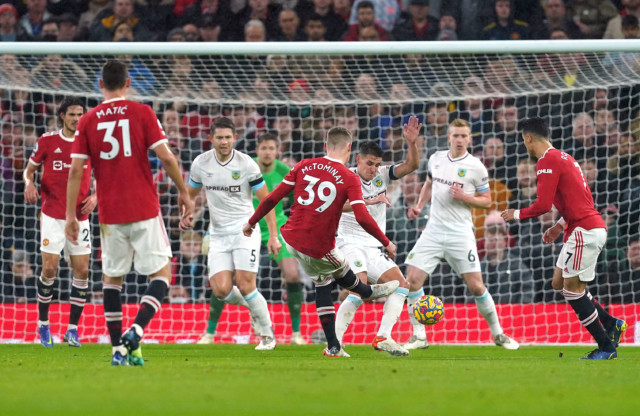 Scott McTominay slots Manchester United’s opener, although it deflected in off Burnley defender Ben Mee for an own goal 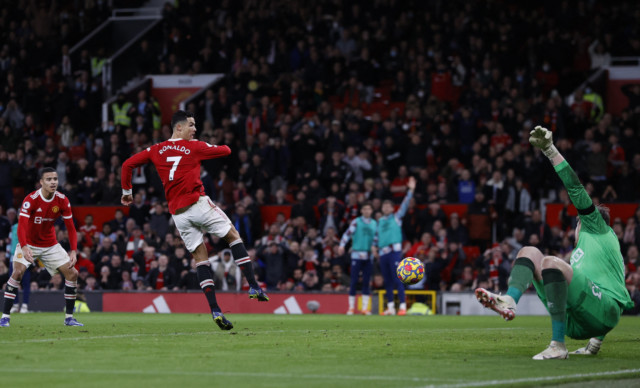 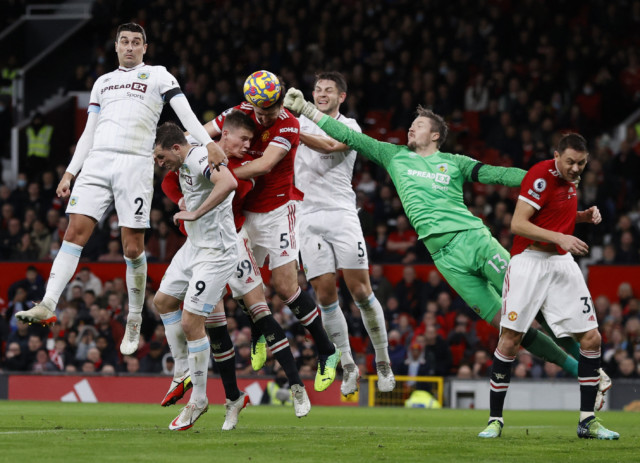 Or so it seemed. He deserved the goal – but replays showed his effort was actually drifting wide before it went in via a deflection off Clarets skipper Ben Mee.

His muted celebration suggested he probably knew as much – but it was not long before he made another key contribution.

This time he appeared on the other flank and his ball inside teed up Scott McTominay – whose shot was saved by Hennessey only for Ronaldo to tap in the rebound.

Sancho gave Clarets full-backs Matt Lowton and Charlie Taylor a tough time and the hope among United fans is that there will be many more performances like this. 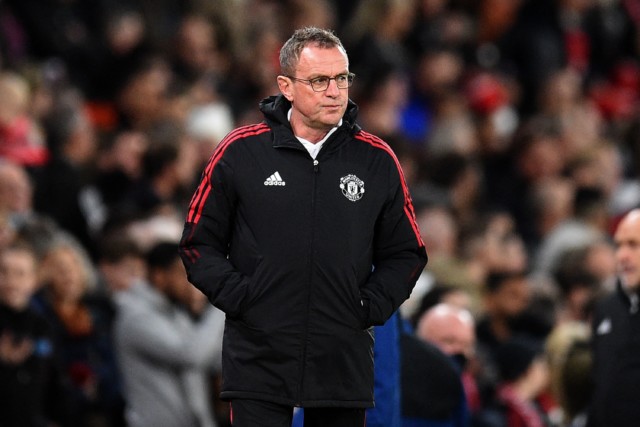 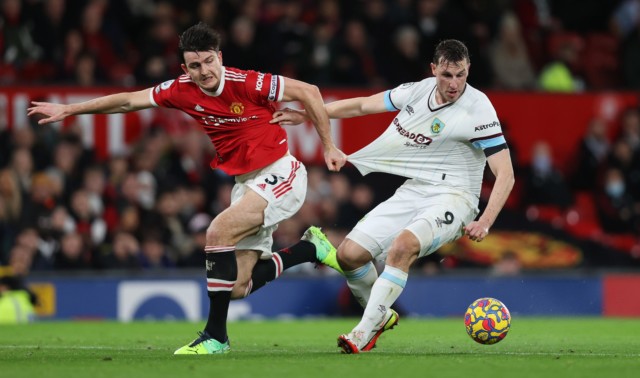