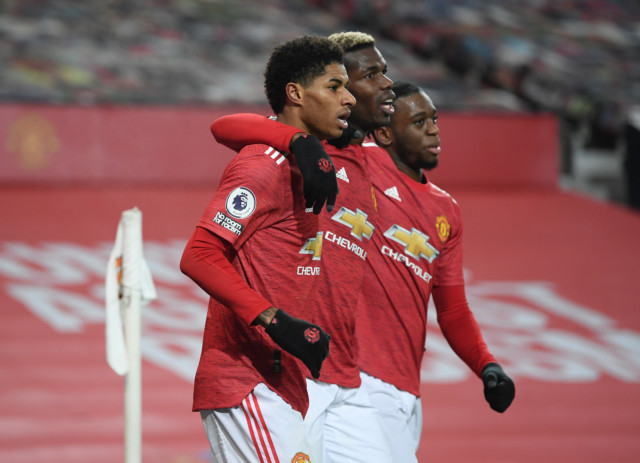 Ole Gunnar Solskjaer’s men are in the middle of a frantic Christmas period and will be desperate for another three points on home soil after beating Wolves.

But it won’t be easy against Dean Smith’s Villa, who have been superb this season and sit comfortably in mid table after getting a point at Chelsea.

When is Man Utd vs Aston Villa?

You can catch this game live on Sky Sports Main Event, Premier League and Ultra HD.

And United are unsure if fellow centre-half Victor Lindelof will be able to play either.

Luke Shaw looks set to return in place of Alex Telles, while Scott McTominay and Fred are in line for starts.

Edinson Cavani will serve a three-game ban after he was found guilty of breaching FA social media rules.

Ross Barkley could return for Villa after being ineligable against Chelsea.

Trezeguet and Wesley remain on the sidelines for Dean Smith’s in-form visitors.