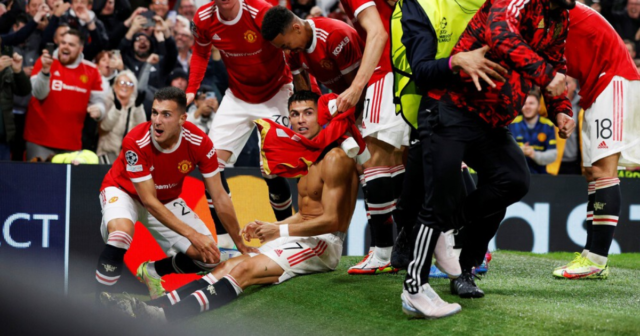 MANCHESTER UNITED are back in Premier League action as they welcome Everton down the M62.

United ended a run of two-straight defeats in midweek against Villarreal, with Cristiano Ronaldo netting a dramatic late winner.

The Red Devils come into the game fourth in the table, while the Toffees can leapfrog them into the Champions League places with victory.

When is Man Utd vs Everton?

To stream, download the BT Sport app on your mobile, tablet, PC or games console.

Man Utd will once again be without Amad Diallo and Marcus Rashford with the pair suffering long-term injuries.

Harry Maguire has a calf problem and won’t be back until after the international break, but Aaron Wan-Bissaka is available again after suspension.

For the visitors, Jordan Pickford is a minor doubt due to a shoulder injury but is expected to play.

The Toffees have a lengthy injury list which includes Richarlison, Dominic Calvert-Lewin and Andre Gomes.