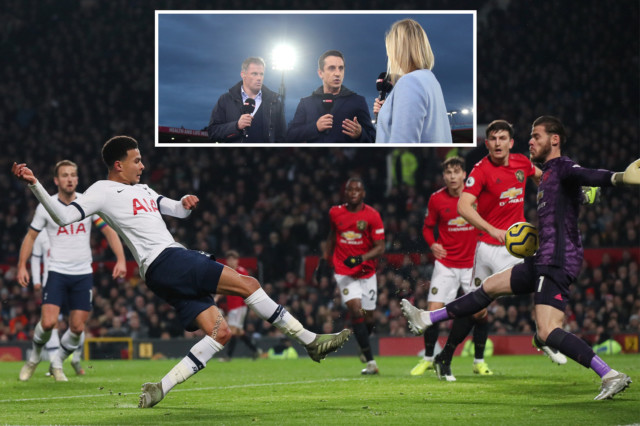 THE return of the Premier League is set to kick-off with Friday Night Football live on TV – with Tottenham vs Manchester United favourite for the prime spot.

Top-flight football in England is set to restart on Friday June 12 following the coronavirus lockdown.

And that night’s game will be shown live on TV along with ALL nine other matches that weekend – on Saturday, Sunday and Monday evening.

The Daily Mail claim TV companies have been warned of a bumper restart by football bosses.

The suggestion is that there will be one live match apiece on Friday and Monday evenings.

And the final eight matches will be split equally across Saturday and Sunday, with kick-off times staggered so EVERY match can be watched live on the television.

While the schedule is yet to be chosen, it is expected Man Utd‘s trip to the Tottenham Hotspur Stadium will get the nod, deemed the biggest game of the weekend.

That huge game, which sees Jose Mourinho go up against his old club, was originally due to take place on March 15, but for the lockdown being enforced.

Uefa have dropped the traditional Saturday 3pm blackout, meaning all matches can now be broadcast in the UK.

And Sky Sports are set to have four matches each weekend, with BT Sport having one and the other five potentially being FREE-TO-AIR – possibly via YouTube or the red button.

At one stage there had been talk of football being played every day, much like during a World Cup.

But football chiefs are determined to keep the players in a routine and have laid out their plan to have a game apiece on Friday and Monday – with four games each on Saturday and Sunday – for the rest of the season.

Now broadcasters must decide how best to tackle their own return.

It’s expected pre and post-match press conferences will be held via video-link rather than in person.

But the likes of Sky Sports must also opt whether to broadcast games live from inside the stadium using a skeleton crew or do so from a remote site.

Did you miss our previous article…
https://www.sportingexcitement.com/football/premier-league/chelsea-legend-michael-ballack-tells-kai-havertz-to-snub-blues-transfer-and-stay-in-germany