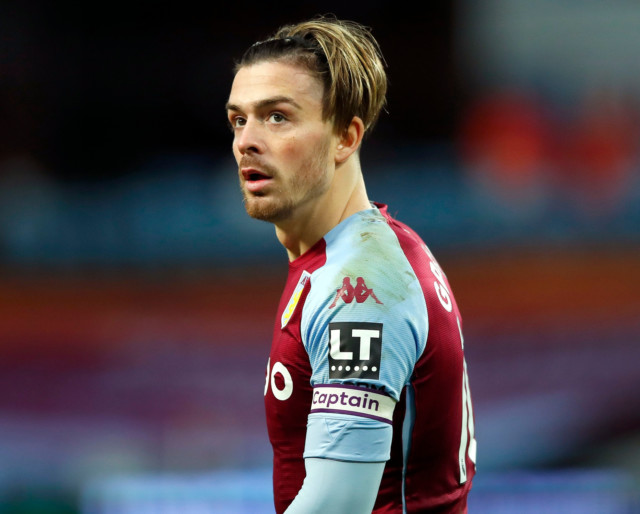 MANCHESTER UNITED are reportedly still keen on signing Jack Grealish after missing out on him in September.

But they will have to fork out a whopping £100million to Aston Villa to sign the star.

The 25-year-old is heading to Old Trafford tonight to captain his hometown team against the Red Devils.

However, he could have been lining-up against them if United had agreed to Villa’s asking price during the summer transfer window.

Now the Daily Mail claims Ole Gunnar Solskjaer’s men are still keen on a deal for the England international.

Grealish looked set to leave Villa for United just a few months ago until the move broke down over his valuation.

Solskjaer’s club would only offer a maximum of £65m, which was £35m short of what Villa wanted.

United then pulled out of a deal due to the financial impact of the coronavirus pandemic after splashing £39m on Donny van de Beek from Ajax.

Grealish then went on to sign a new five-year contract at Villa, ensuring his talents remain at maximum value for interested parties.

And United are not the only ones keen on securing his signature.

They are among a host of European big boys reportedly ‘still weighing up a bid’ for the playmaker this summer.

Speaking about Grealish ahead of tonight’s game, United boss Solskjaer said: “I don’t want to say too much about other teams’ players but of course he’s a player we know we have to look for.

“He’s a player for Aston Villa and England who has only improved.

“The goal he scored last season was a brilliant goal and we’ve faced him enough times to know it’s going to be a difficult game.”

Did you miss our previous article…
https://www.sportingexcitement.com/football/premier-league/galatasaray-ace-omar-elabdellaoui-rushed-to-hospital-with-fears-of-sight-loss-after-firework-exploded-in-his-hand