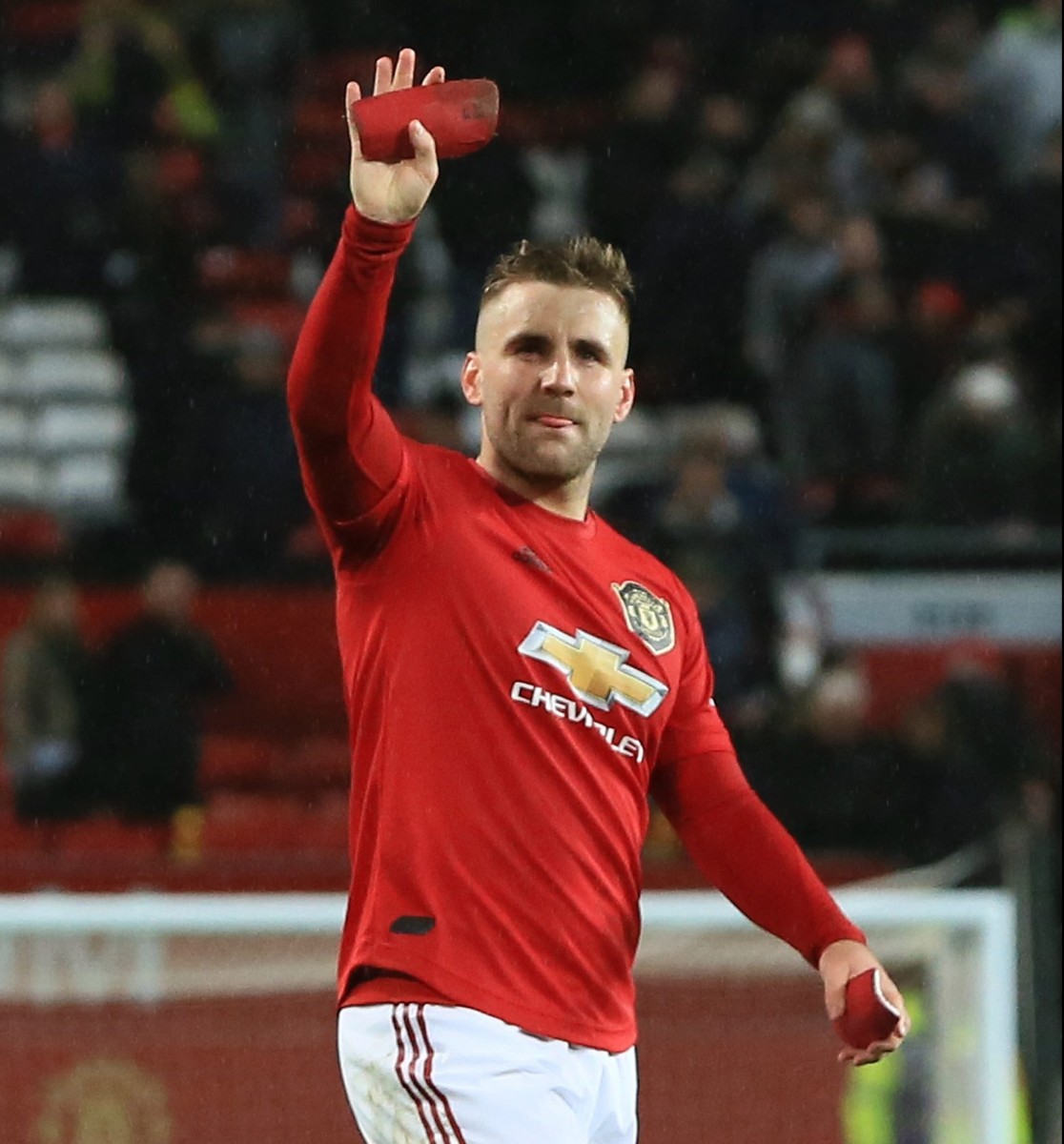 LUKE SHAW insists Manchester United will not go into reverse like last season after a huge derby win on Sunday.

They are on a run of ten games unbeaten after the 2-0 win over Manchester City.

This time last year they had lost only one of their first 16 under Ole Gunnar Solskjaer but then fell away badly winning just two of their last 12.

But Shaw said: “I think back then emotions got over us too much and I think we didn’t maintain that, and I think this time we’re in different sort of position.

“We’re probably more experienced now because it was very disappointing the way we dropped off and that’s not Man Utd. We need to keep the standards high.

“I’m sure the boss and the coaches around us will keep pushing , but also us as players we need to push each other every day to get to where we want to be.

“I have no doubt that we can finish off the season really strong.

“We can’t stop here. We can’t be happy with just this. We need to keep going and push on.”

Sunday’s victory had Old Trafford rocking as goals from Anthony Martial and then Scott McTominay in injury time recorded United’s third win over City this season – two in the league and one in the second leg of their Carabao Cup semi-final.

And according to Shaw United simply wanted it more than their neighbours.

Shaw said: “I think it was so important – not just, you know, the points but the magnitude of the game and how big it is to everyone in this city.

“It’s always hard against City, especially we’ve found it difficult here the last few years, but it was a great result.”

The noise when McTominay scored the second six minutes into injury time was unlike anything the old stadium has experienced in the years since Sir Alex Ferguson retired as they recorded their first home derby win in five years.

Although Shaw admits he wondered what his teammate was doing when he shot from 40 yards out after City goalkeeper Ederson’s loose clearance.

Shaw said: “To be fair, in my head I was like ‘why is he shooting? Run it in the corner!’

“I think it topped off such an amazing game and a result I think we deserved.

“The fans were amazing and it helps us even more when they’re like that.

“You just smile when you come off the pitch, the way they’re singing makes us all very happy.

So United keep firing on three fronts. They still have the chance of silverware as they are in the quarter-finals of the FA Cup and last 16 of the Europa League.

Manager Solskjaer also has his eyes on one of those Champions League places through the league.

“We’ve got to keep putting the pressure on. We’ve got to try not to focus too much on other teams.

“We know this is the Premier League, every game is tough, and I think teams will be dropping points, but we need to just focus on us, focus on our results.”

Shaw was part of a defence on Sunday that notched up it’s eighth clean sheet in the last ten games.

He added: “The confidence is so high.”

“We can’t get overjoyed with this result. We’ll enjoy it, like I am sure everyone and the fans will, but then back to work.”