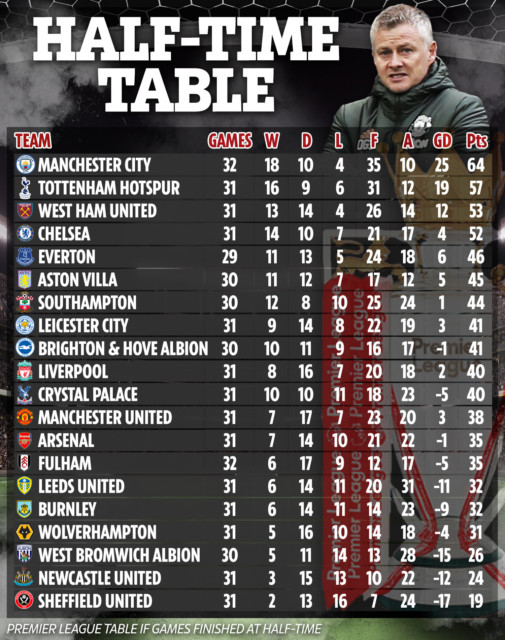 MANCHESTER UNITED staged yet another stunning comeback on Sunday afternoon.

The Red Devils’ tempers threatened to boil over on the stroke of half-time after Spurs took the lead just moments after Edinson Cavani’s controversially disallowed goal.

But they channelled it perfectly in the second half, producing one of their finest 45 minutes of the season to sweep aside Jose Mourinho’s awful Spurs.

And while it’s easy to point out Tottenham’s incredible knack of throwing away leads this season, having now dropped 18 points from winning positions, there are two sides to this coin.

United have repeatedly given themselves work to do on the road this season, falling behind to Brighton, Newcastle, Everton, Southampton, West Ham, Sheffield United, Fulham, West Brom and now Spurs on the road.

But they have shown incredible powers of recovery, having picked up a remarkable 25 points from these matches.

In fact, if games finished after 45 minutes, Ole Gunnar Solskjaer‘s side would be in dire straits.

They’d be sitting just 12th in the table, with a measly 38 points from 31 games.

United have only been winning at the break seven times this season.

And in this half-time table, they would he behind the likes of Brighton, Crystal Palace and Southampton. 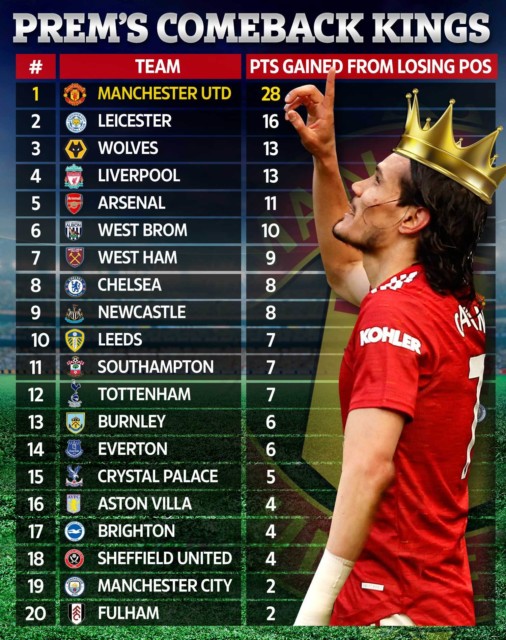 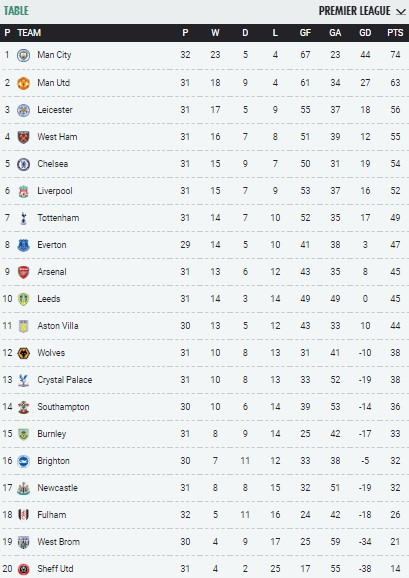 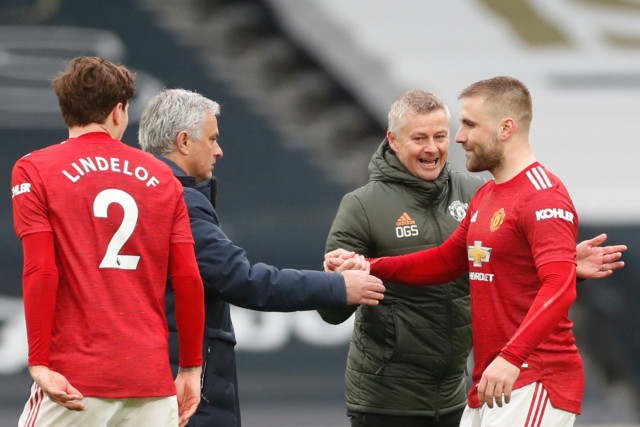 Ole Gunnar Solskjaer got one over his under-fire predecessor

Spurs, on the other hand, would be second – with eight more points than they currently have.

As it happens, United’s comeback kings status hasn’t managed to propel them into the title race just yet.

But Solskjaer will be delighted with the ability to rescue points – although he would hope to not have to see it utilised so much moving forward.

Following last month’s international break, the Norwegian found his side trailing Brighton at Old Trafford at the interval.

And after the eventual 2-1 win, he admitted to lighting ‘fireworks’ at the break: “Sometimes after international breaks it takes time, and then maybe the fireworks have to be lit at half-time.”

He then added: “Hairdryer? Sometimes you just have to raise your voice, sometimes you keep calm and composed, it doesn’t really matter what I did today, what matters is that we got the half-time to talk things through.

“Sometimes it’s louder than other times. Sometimes you can actually get your message across and speak slowly and not so loud. It doesn’t really matter what I did today.”

As for yesterday, midfielder Scott McTominay revealed that Solskjaer calmed them down at the break.

He told Sky Sports: “The way the game went, we went in at half-time frustrated.

“At half-time the message was clear: just keep calm, no need to panic. We know that we have good character in the team and against a really difficult team, so we’re happy.

“Sometimes that’s the way football goes. For the first 30 minutes by our standards, we were not good enough but we dominated the whole second half to be fair.” 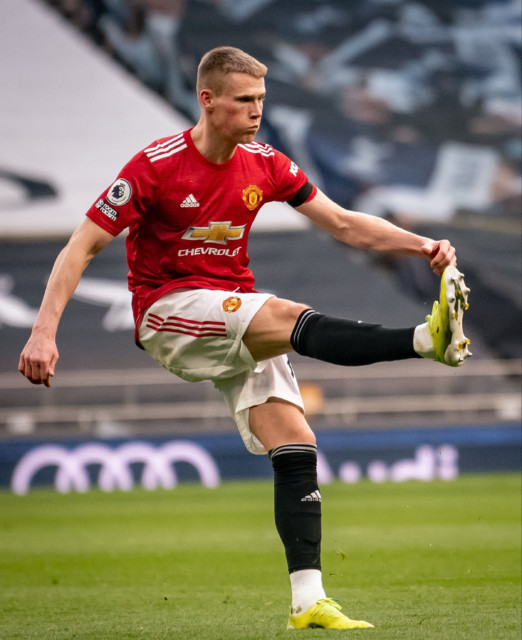 Did you miss our previous article…
https://www.sportingexcitement.com/football/premier-league/chelsea-transfer-target-ousmane-dembele-admits-thomas-tuchel-is-his-favourite-coach-with-barca-stars-contract-expiring