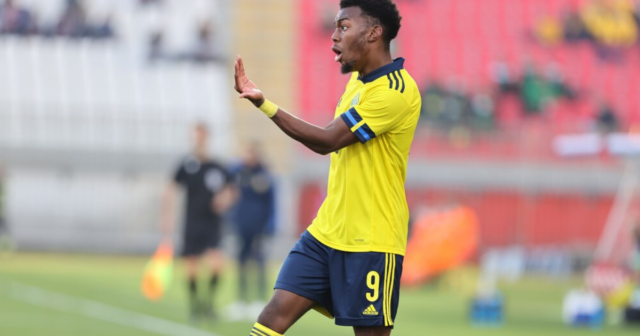 The Swedish Football Association have confirmed they have filed a police report after Elanga came forward. 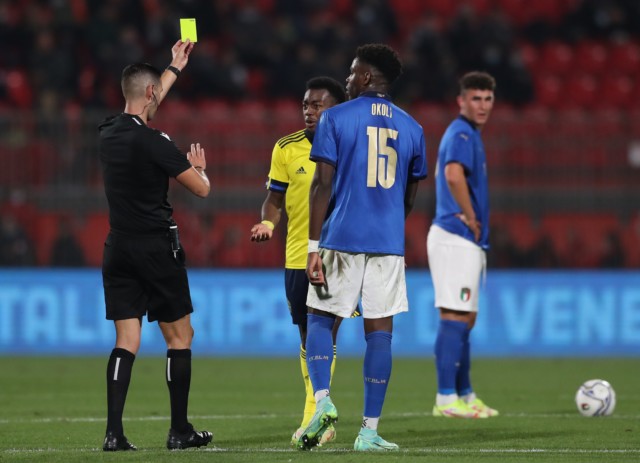 It’s claimed the United winger, 19, was abused by vile home fans in Monza while celebrating his side’s 92nd-minute equaliser.

Elanga was booked for his celebration of Tim Prica’s last-gasp goal in Italy – much to his bemusement.

After the game, the Sweden star was visibly agitated and remonstrated with the referee, before the two teams continued to exchange words in the tunnel.

Head of security for Sweden’s Under-21s, Martin Fredman, revealed they had decided to involve the police.

Fredman told SVT Sport: “Right now, people from our side are sitting down in Italy and drawing up a police report – then we will see how they classify the whole crime.

“I received information there was an incident in connection with the goal.”

Fredman continued: “Exactly what has been said I will not go into as there may be several witnesses to the incident.

“The player has had to give a version of what has happened.

“Elanga, all team-mates and leaders are pleased that we are taking this further.

“Anthony has woken up today and feels OK with how we are handling this.”

Sweden Under-21 boss Claes Eriksson said: “We have told our version of what happened and have submitted an oral report to both the referees and the match delegates.

“We are now waiting for feedback through the match report and the referee report.

“Once they have arrived, we decide how to proceed.

Eriksson added: “No one should have to be exposed to racism, it is completely unacceptable.

“We all stand behind and support Anthony in this.”

Did you miss our previous article…
https://www.sportingexcitement.com/football/premier-league/five-liverpool-transfer-replacements-for-mohamed-salah-as-contract-talks-continue-including-kylian-mbappe