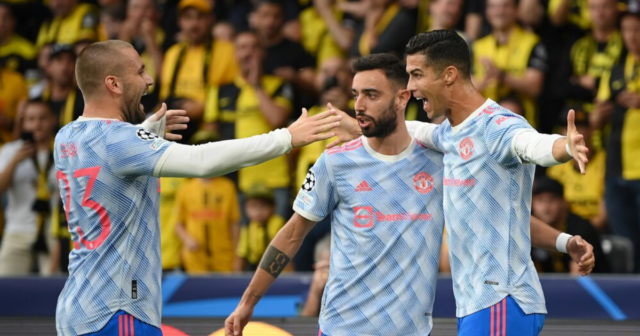 MANCHESTER UNITED’S Champions League clash with Young Boys could be moved from Old Trafford because of the Omicron strain.

Restrictions have been placed on arrivals into Switzerland from Britain as a result of the new variant, which means Young Boys may have to quarantine when re-entering the country.

As a result, the tie could be moved to a neutral venue in Europe.

Uefa have asked the Swiss government whether Young Boys will have to quarantine ahead of their clash at Old Trafford, according to The Telegraph.

The squad could be given exemption and avoid a quarantine, but if the government opposes such a measure then Uefa will order the match venue to be changed.

United have already played the Swiss side away and lost 2-1 but might have to surrender home advantage.

That means the club would also incur a loss of earnings from tickets and matchday revenue, as well as the costs of paying for the match to be rearranged.

That includes flights and accommodation in a different country, with the squad possibly having to travel once again in between Premier League matches against Crystal Palace and Norwich.

A point would be enough for United to win the group and after beating Villareal in their last European trip, Ralf Rangnick’s men could fancy their chances away from home.

Should the two clubs fail to secure a new location for the fixture, Uefa could reportedly allow the match to be postponed until the new year.

Restrictions on travel into Switzerland could also prevent Gareth Southgate from appearing at the Nations League draw next month.