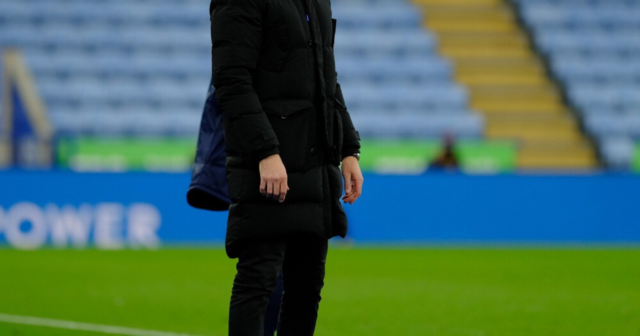 GARETH TAYLOR insists Manchester City’s duel with Chelsea will not be a revenge mission in his eyes even if his players see things differently.

The Citizens’ home clash with Emma Hayes’ side is one of the biggest matches of Women’s Football Weekend with City eager to make up ground on the Blues.

And a win for Emma Hayes’ team could see them reduce the gap to leaders Arsenal to just a point.

The clash comes two weeks after the team, who are seventh, were knocked out of this year’s delayed FA Cup semi-finals by Chelsea.

“The players might look at it slightly different, but again, our challenge has been to keep them grounded, keep them humble, keep them believing in what we do, because we realise that’s the best possible chance that we have.

“We’re coming up against a very good team who are probably ahead of us in a few transfer windows.

Hayes, whose side are second and three points behind leaders Arsenal, have centre-back Aniek Nouwen absent and could be without Pernille Harder, who is recovering from a muscle injury.

And the Blues gaffer believes the threat posed by City’s own squad quality should not be discounted despite their injury concerns.

Hayes said: “They do have a lot of international players. I don’t think people realise that.

This season Women’s Football Weekend is coinciding with the FA’s drive to draw more fans to attend WSL games.

Football authorities have set themselves a target of attracting an average crowd attendance of 6,000 at top-flight games by 2024 and 1,000 at matches in the Women’s Championship.

Emma Hayes believes the FA’s target of getting a crowd average of 6,000 at WSL games is achievable

However, Chelsea and two other top tier sides (Arsenal and Everton) currently play at grounds with crowd capacities below 6,000.

On the FA’s targets, Hayes added: “I think it’s achievable. I also think Covid got in the way, and we have to respect that some people, there’s still not quite ready to go out to big events yet.

“But I think as consumer confidence grows and the public feel that they want to put themselves in those situations in more numbers I’m sure it (match attendance) will grow.”

Did you miss our previous article…
https://www.sportingexcitement.com/football/premier-league/chelseas-gallagher-gets-england-call-up-in-place-of-teammate-mount-for-san-marino-after-impressive-crystal-palace-loan