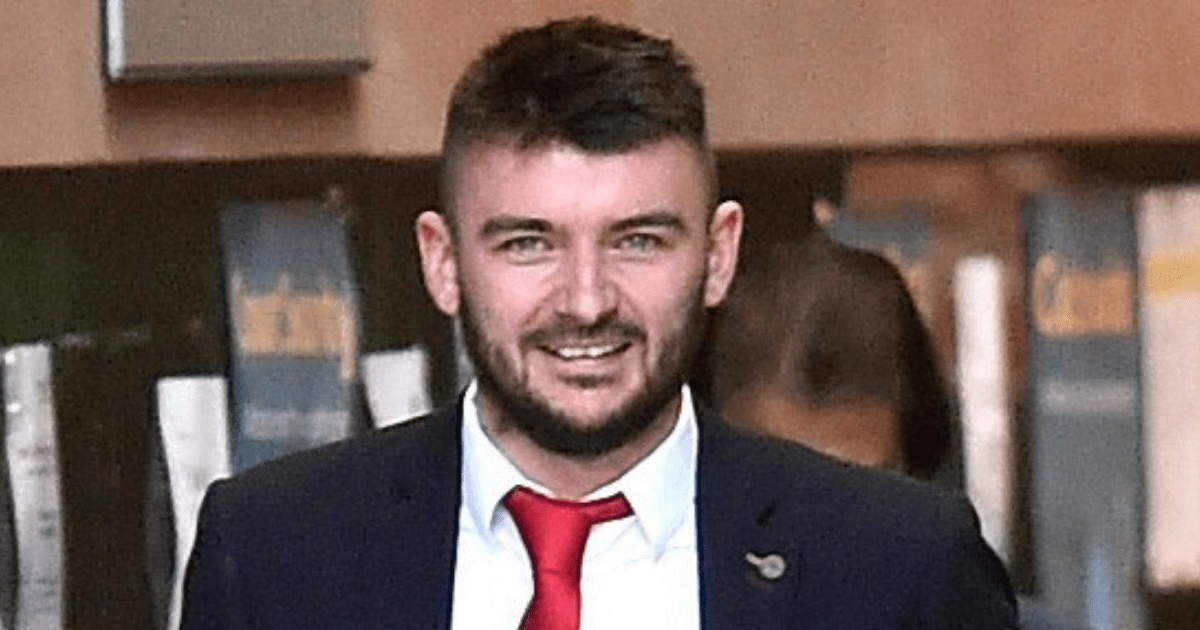 A MANCHESTER City hooligan has been fined for throwing a flare onto the pitch during the Champions League semi-final – which landed close to goalie Ederson.

Bradley Holden, 24, celebrated when his team went 2-0 up against Real Madrid at the Etihad.

He was caught on CCTV later removing his top in a bid to avoid detection but was arrested at the game.

Holden, a season ticket holder, tried to claim that he threw the flare in “panic” because he was so concerned about a fellow fan having an asthma attack.

Miss Emily Potter, prosecuting at Manchester Magistrates’ Court, said his actions had shown “disregard” for the safety of his fellow supporters and the police sought to impose a football banning order against him.

Holden told the court that he hadn’t lit the flare and only became aware of it after another fan pointed at it on the floor.

He said: “I looked down and heard an elderly male say, ‘What the…I’ve got asthma.”

“I had a blind panic and wanted to get it away as quickly as possible.”

Holden, who pleaded guilty to charges of throwing a missile onto a football pitch and possession of a flare at an earlier hearing, also denied trying to disguise his identity by removing his top.

Mark Kelllett, defending, said Holden was a man of good character who had never been involved in any other incidents at football matches, and a football banning order was unnecessary.

District judge Joanne Hirst agreed and said she had “taken into account the unusual circumstances” and believed Holden had shown an “instinctive reaction” on seeing the lit flare and it was clear he hadn’t brought it into the stadium.

In this article:flare, hooligan, pitch