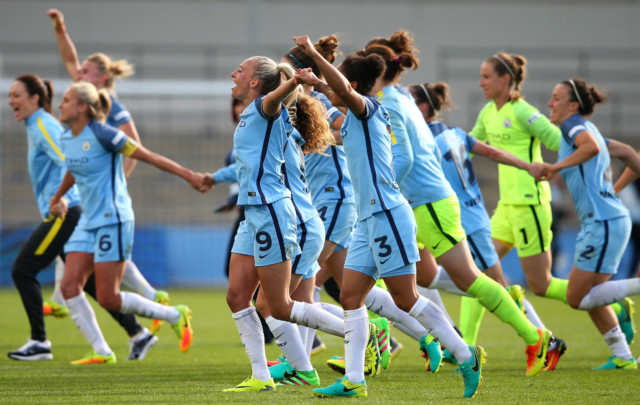 MANCHESTER CITY’S match against West Ham has been postponed after four members of their squad tested positive for coronavirus.

The four unnamed players had reportedly returned from a trip to Dubai with The Telegraph revealing the club had given them permission to travel from their then Tier Three location.

Man City and the FA say a new date for the clash is due to be confirmed.

On their web site, the WSL giants also stated there were other ‘mitigating factors affecting the City squad’.

But the club is yet to reveal details of what these ‘mitigating factors’ are.

And the BBC claims one other player is currently self-isolating after coming into contact with a household member who tested positive for Covid.

It has been reported this is in addition to four players who got the virus after travelling to Dubai.

Coronavirus in the women’s game has been a major issue in recent weeks, with the WSL and Women’s Championship returning their highest number of positive Covid-19 results December.

And this week The Telegraph reported a number of Arsenal players are thought to be ‘furious’ after a member of their team was hit with coronavirus following a break in Dubai.

The cancellation of Man City’s game with the Hammers means Olli Harder will have to wait until a derby clash with Tottenham for his game in charge of the Irons.

The new West Ham Women’s boss believes there will be “a lot of work to do” with his side currently two places above the bottom spot in the league.

Harder told West Ham’s web site: “There’s a lot of work to do and we’re not going to change things in 48 hours, but there’s something to work with.

“It’s a historic club, and a massive club in the world game. But on the women’s side we are barely a few years old professionally.”