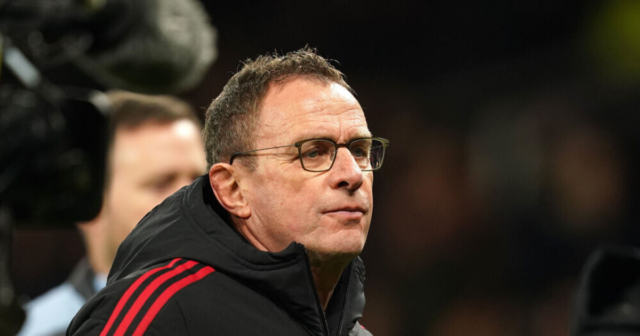 SKY SPORTS have picked the Manchester derby in their latest round of TV fixtures.

Several derby matches will air on Sky in March, including Manchester United’s visit to The Etihad – which will be shown at 4:30 p.m. on March 6.

Two weeks later Sky Sports will also be showing Ralf Rangnick’s first trip to Anfield as United take on Liverpool in a stern test of their top four ambitions.

And the London derby between Tottenham and West Ham will also take place in the same month, on March 19, but is at risk of being disrupted by the FA Cup sixth round.

Tottenham’s match a week prior against United is another game picked by Sky Sports for the Saturday 5:30 p.m. slot.

Meanwhile, BT Sport will show coverage of Liverpool’s trip to Brighton on March 12, which is a 12:30 p.m. kick-off.

Other BT Sport picks include Aston Villa vs Arsenal on March 19 and Leeds visiting Leicester on March 5 – both are also early kick-offs.

Sky Sports’ Monday Night Football has also made their selections which includes Tottenham vs Everton on March 7.

The show will also broadcast Crystal Palace’s hosting of Manchester City as Patrick Vieira’s side look to complete a double over the Citizens.

Arsenal have not had many of their fixtures picked out by either broadcaster but Sky Sports will air their game against Roy Hodgson’s Watford ahead of showing the Manchester derby.

Their match against Leicester will also take place on March 14 and will be shown on Sky Sports.

Also, Manchester United’s rescheduled match against Brighton will be covered by Sky Sports on February 14.