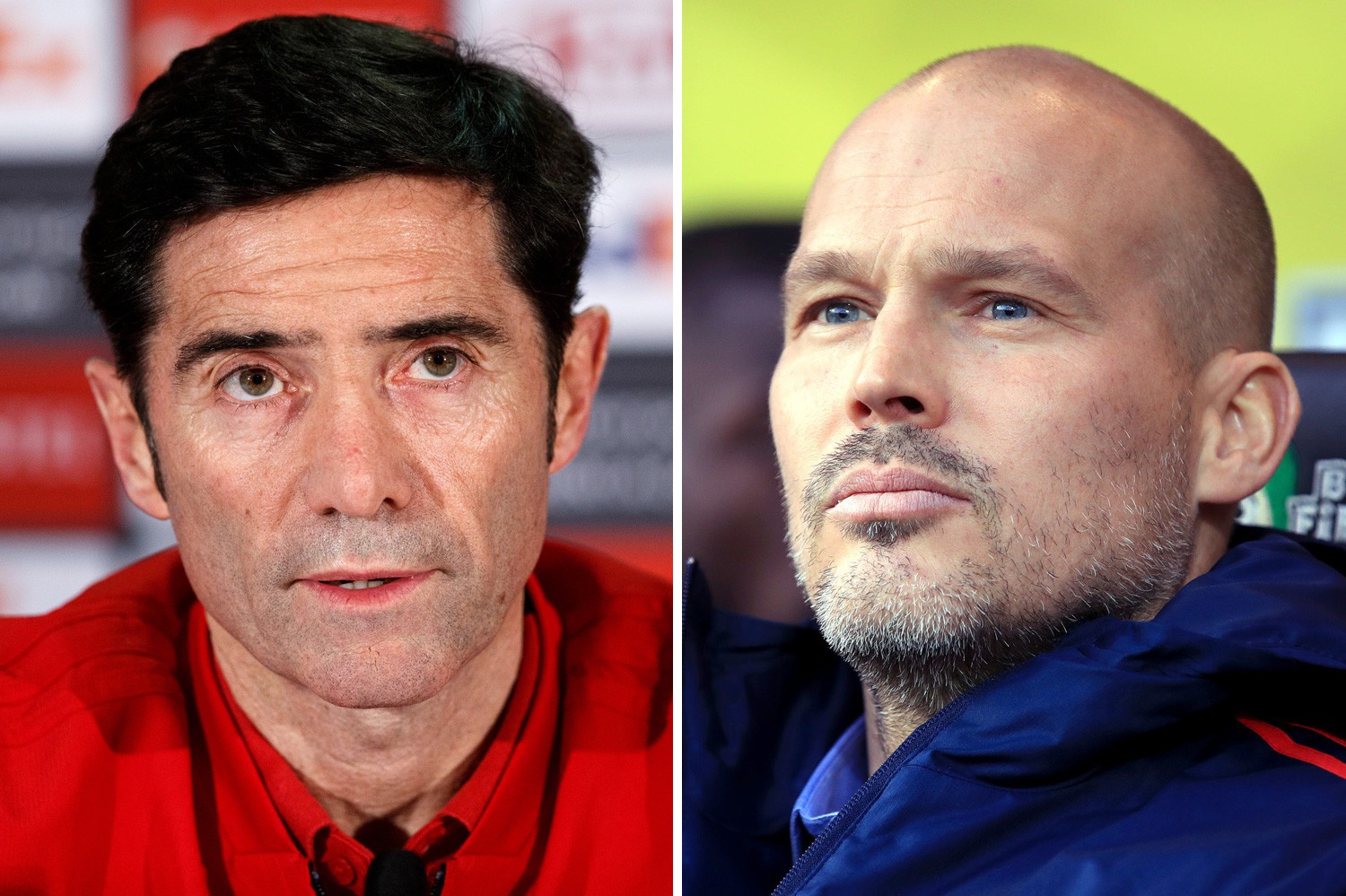 MARCELINO has landed on a flight into London amid speculation he will be interviewed for the Arsenal job, according to reports.

Axed Unai Emery had previously bossed Valencia and Sevilla before being given the boot from the Emirates last month.

But now it looks like Gunners chiefs want to hire another La Liga expert by going after Marcelino, say the Metro.

Arsenal head of football Raul Sanllehi is stepping up the search for Emery’s replacement.

And it does not look like it will come in the form of Freddie Ljungberg, who has overseen a draw and defeat from his two games in charge.

The Gunners face West Ham tonight and Super Deporte claim Marcelino caught a plane bound for London ahead of the clash.

Marcelino, 54, played as an attacking midfielder in his day for sides such as Valencia, Villarreal and Sevilla.

He bossed Valencia to victory in the Copa del Rey last season before being sacked in September.

He has previously been linked with the Everton job.

It appears he will have some way to go to convince Edu he should get the gig though.

The Gunners’ technical director is pushing for club legend Patrick Vieira to be handed the reins.

Vieira is currently managing Nice in Ligue 1 – where he has been since 2018 after leaving New York City FC.

The 43-year-old guided the French side to seventh in the table in his debut campaign last time out but they currently sit 11th in the French top flight.