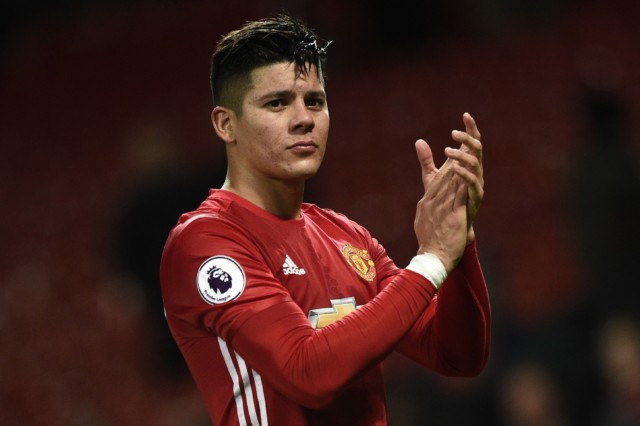 MARCOS ROJO reportedly discovered his time at Manchester United was up on Twitter.

ESPN claims the Argentine defender, 30, read he would not be offered a contract extension on social media before returning to his homeland to join Boca Juniors.

The report suggests Rojo was still waiting to hear from United chiefs to see if they would take up the option to extend his contract by a further 12 months into 2022.

But boss Ole Gunnar Solskjaer revealed in a January press conference that the Red Devils would allow Rojo to leave – supposedly before anyone had spoken to the player himself.

At the time, Solskjaer spoke about Rojo and compatriot Sergio Romero and said: “Both of them have contracts until the summer and they’re not going to be extended.

“We’re looking for them to find clubs. Marcos has been given time to go home, so he’s still in Argentina.

“Sergio has been back home as well to see his family but they’re pros, working hard and ready if they call in for us. Marcos will have to travel and do the quarantine before.”

Rojo had arrived at Old Trafford in 2014 as Louis Van Gaal’s first signing.

The club paid Sporting Lisbon £16million for his services after he impressed in Argentina’s run to the 2014 World Cup final.

In March 2018, Rojo was handed a new three-year deal with the option of an extra year.

But he made just 12 appearances in the starting XI since penning the extension.

On Tuesday, he sealed his move to Boca Juniors after making 122 appearances for United.

Officially, United stated they received an undisclosed fee for Rojo but ESPN claims his deal was ended by mutual consent and he arrived as a free agent in South America.

The move to Boca was sensationally leaked by Rojo’s personal trainer who spilled that he was training with the side on social media.

But Rojo has already suffered an immediate setback after he was injured in his first official training session, reportedly suffering an issue due to inactivity.

He has not played competitively for 15 months after becoming a peripheral figure at United before his departure.

Did you miss our previous article…
https://www.sportingexcitement.com/football/premier-league/7am-arsenal-transfer-news-live-tierney-return-achraf-hakimi-boost-ndicka-and-firpo-links-aston-villa-build-up