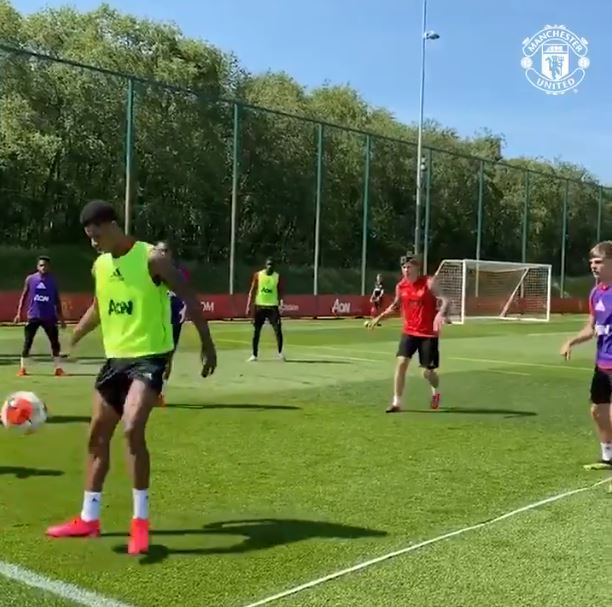 MARCUS RASHFORD was hailed online for his “naughty” pass in training as the Manchester United forward returns following a back injury.

The England international, 22, has linked up with his team-mates after Premier League teams were given the go-ahead to resume training together.

Marcus Rashfordwas hailed online for his ‘naughty’ pass in training 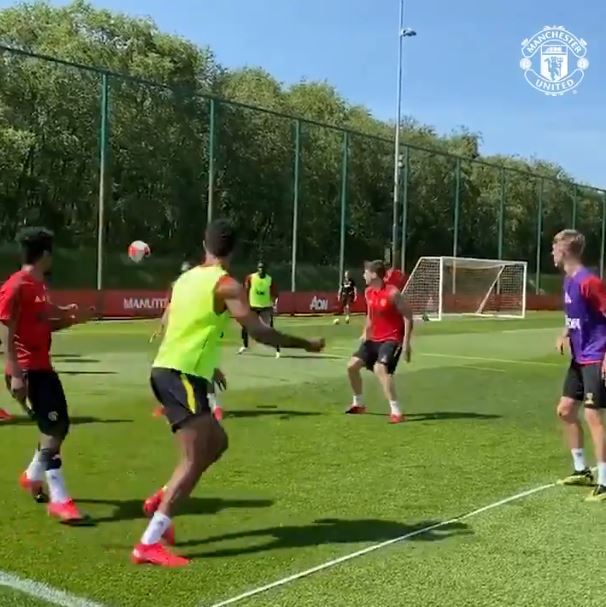 The forward has returned to training following a back injury

And it appears Rashford used his time in lockdown to work on some flashy new techniques, after he was captured pulling off a remarkable back heel pass in training.

It caught the attention of fans online, who are already tipping the striker to rake in rewards in the future.

Another said: “Golden boot on its way.”

Just looking at his development over the seasons, he's really grown as a player, both physically and mentally.

Golden boot on its way

Saw this yesterday that is sensational!

That pass is a million dollars pass

Rashford hasn’t played since January after suffering a double fracture in his back.

But manager Ole Gunnar Solskjaer provided United with a massive boost after confirming the forward and Paul Pogba – who has featured just EIGHT times this season – are fit again.

Solskjaer told MUTV: “They’re both looking good. They’ve joined training now and they’ve done everything the other boys have been doing.

“No reaction so far, touch wood. When we get started, it looks like we can have a full squad to choose from.

“We’re back in training which has been great. The boys have been fantastic, the weather’s been good and they’ve enjoyed it.

“Hopefully now we’ve proved we can do this safely and we can move to the next step.

“It’s been really enjoyable being on the training ground again.”

Did you miss our previous article…
https://www.sportingexcitement.com/football/premier-league/man-utd-transfer-target-jadon-sancho-shows-off-new-simpsons-and-sonic-the-hedgehog-tattoos