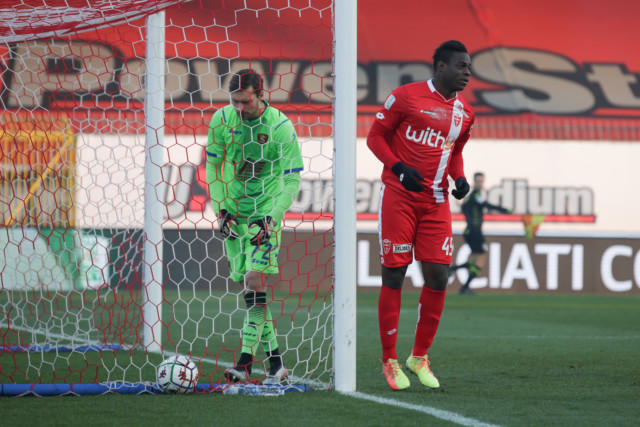 The former Manchester City maverick striker put his side 1-0 up with a Carlos Augusto assisted tap in during their Serie B home game against Salernitana.

Italian Balotelli only joined the second tier outfit at the beginning of December on a seven month contract.

The former Manchester City and Liverpool man had been a free agent since leaving relegated Brescia during the summer.

The game is his first in more than nine months as Monza host league leaders Salernitana.

And the visitors described the goal – his first since he scored for Brescia vs Lazio on January 5, 2020 – on their Twitter.

Augusto whipped a left-footed ball in from the left hand side and Balotelli was on hand to divert the ball home at the back post from just three yards out.

Balotelli was seen celebrating with former Portsmouth, AC Milan and Barcelona star Kevin-Prince Boateng before Antonino Barilla added a second for the home side on the stroke of half-time.

Since signing for the Italian minnows, the 30-year-old has shed almost a stone in training, and agreed to live close to his new club.

The ‘why always me’ man is best known for his spell at City where he played his best football.

He set up Sergio Aguero for his iconic title winning goal against QPR and both men appeared in SunSport’s investigation into where members of that 2011-12 team are now.

And earlier this month, Galliani said: “Mario has joined us with the best intentions – and now it all depends entirely on him.

“He seems highly motivated, and there is no doubting his ability.

“When he was at Milan in the 2013-14 season his goals kept us going in the Champions League.

“Here at Monza the coach and the other players tell me that, whenever he gets on the ball, he is different class.”