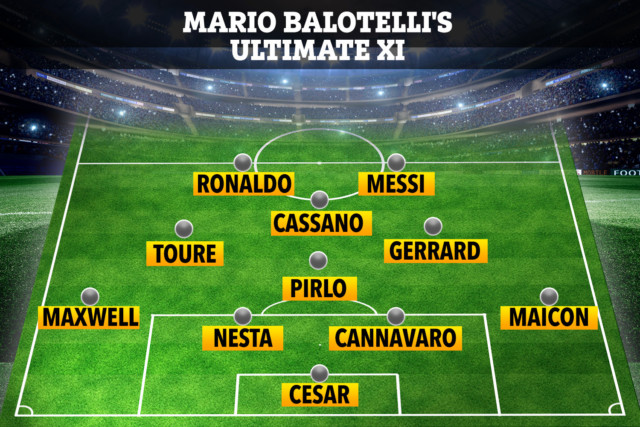 MARIO BALOTELLI decided to leave Cristiano Ronaldo out of his all-time ultimate team.

The 30-year-old included just two players from the Premier League and picked Brazil legend Ronaldo to lead the line with Lionel Messi.

Balotelli was asked to name his ultimate starting XI while on a Puma Football Instagram chat with Thierry Henry.

The striker – who is currently without a club – picked former team-mate Yaya Toure and Liverpool legend Steven Gerrard to play in the middle of the park.

Messi and Ronaldo were the two strikers, with Alessandro Nesta and Fabio Cannavaro at the heart of defence.

Speaking about his team, Balotelli said: “Pirlo guarantees you ten goals a year, Yaya can do it all.

“That’s a good team I think, although I left you [Henry] out, I left Cristiano [Ronaldo] out.”

Balotelli won the Premier League with Manchester City in 2012 before he left them in 2013 to join Milan.

He returned to England with Liverpool in 2014, but failed to live up to expectations at Anfield.

Recalling his time in the top-flight, he said: “I only have good memories of the Premier League.

“The Premier League is the best. The French league is physical too, though.”

Balotelli’s career has been plagued by off-field issues including the time he was caught throwing darts at City’s youth team.

He is renowned for his bad behaviour, but the Italian has revealed the incidents in younger years were down to his age.

He said: “I always say I was crazy, but I wasn’t even crazy, I was just young.

“But when you are a footballer there is an expectation of you.” 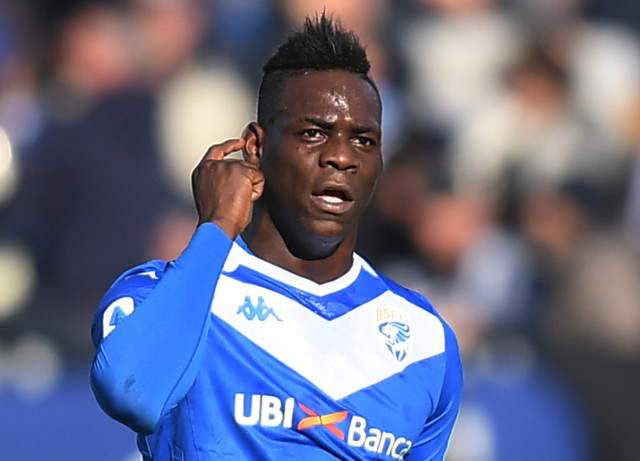 Mario Balotelli claimed he only has fond memories of the Premier League
Advertisement. Scroll to continue reading.
In this article:anfield, liverpool, manchester city, premier league