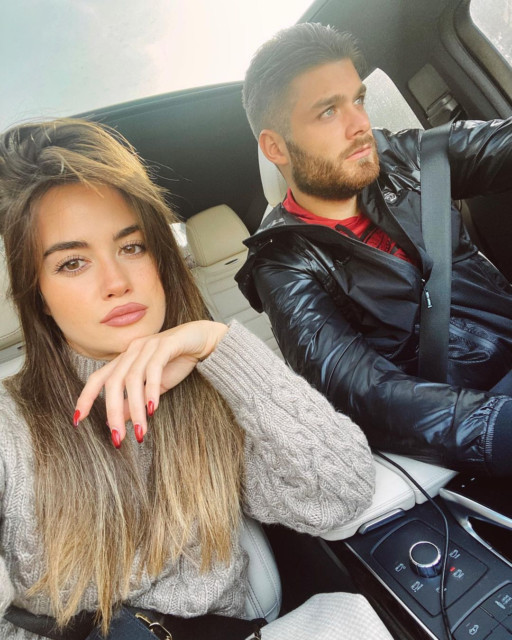 The Premier League champions are in the market for defensive reinforcements.

And according to RMC Sport, they had a deal in place to sign 24-year-old Caleta-Car from Marseille.

It is understood the Croatian then travelled to Mairgnane airport with his girlfriend to fly via private jet to Manchester.

But, it is claimed Marseille have caused a stumbling block in the transfer, having failed to identify a replacement.

As a result, Caleta-Car did not board the flight leaving the deal up in the air.

That is despite Liverpool reportedly agreeing a fee for the centre-half.

Caleta-Car’s partner Adriana Durdevic, even hinted at the move on social media as she posted a video with Liverpool’s famous Beatles song ‘All You Need Is Love’.

Jurgen Klopp is in desperate need of cover at the back, with Virgil van Dijk and Joe Gomez still out injured.

Joel Matip briefly returned, but picked up an ankle knock which forced him out of Liverpool’s 3-1 win at West Ham.

Midfielders Jordan Henderson and Fabinho have both been forced to cover at centre-back.

Championship star Davies, 25, was all set to move to Celtic but SunSport expects a deal with Liverpool to go through on deadline day.

The 6ft 1in defender came through the ranks at Preston and has made just shy of 150 appearances for the club to date.

Davies has played 19 games this season with Preston currently 11th in the Championship.

Did you miss our previous article…
https://www.sportingexcitement.com/football/premier-league/man-utd-help-anthony-martial-add-extra-home-security-after-he-and-wife-suffer-racist-abuse-and-death-threats