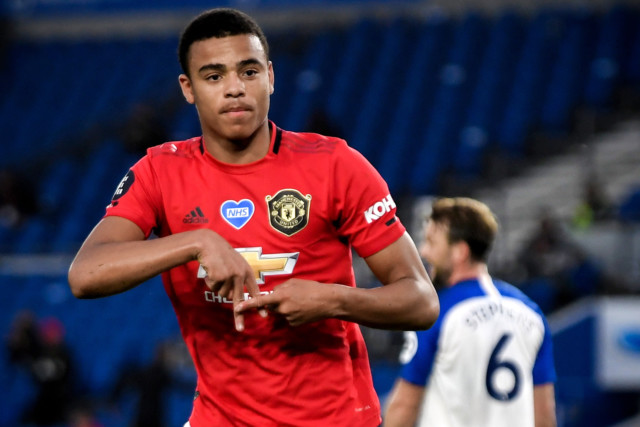 The 18-year-old opened the scoring for the Red Devils in the first half of his side’s 3-0 win at the Amex after dazzling Lewis Dunk with two stepovers before drilling home.

Mason Greenwood dedicated his goal against Brighton to Angel Gomes 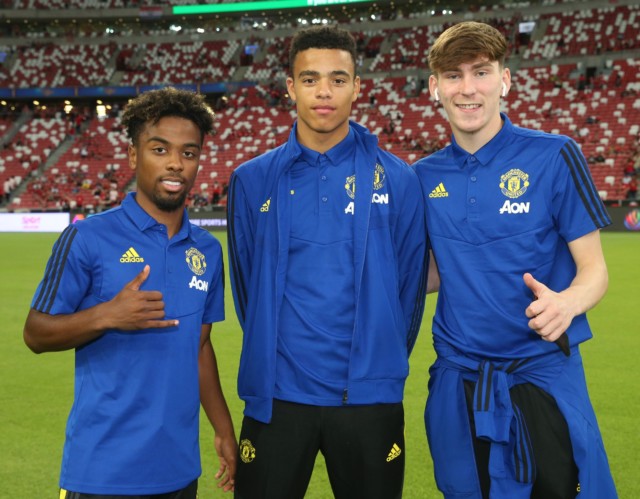 The two teenagers, pictured alongside James Garner, came through the ranks at Old Trafford together 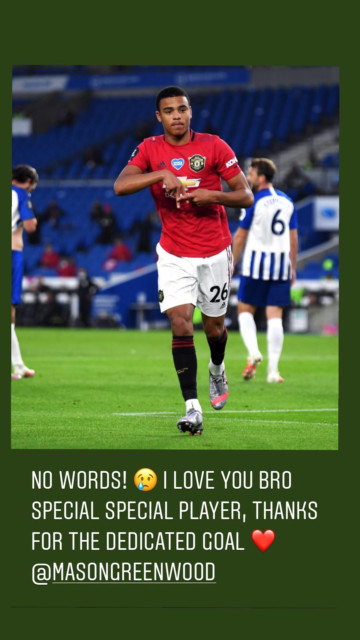 And the striker celebrated his sixth Premier League goal of the season by making an ‘A’ sign with his fingers – a tribute to fellow teenager Gomes, 19, whose United contract expired on Tuesday.

Greenwood posted a picture of the pose on Twitter to confirm it was meant for his Old Trafford academy pal, captioning it: “A promise is a promise.”

Gomes then took to social media to express his gratitude by uploading a snap of the forward celebrating in an Instagram story.

He wrote: “No words, I love you bro. Special, special player, thanks for the dedicated goal.”

Gomes is one of ten United players departing the club on Wednesday after rejecting a reported £25,000 plus bonuses deal to remain at Old Trafford.

The 19-year-old had been viewed as one of the brightest prospects to come out of the academy in recent years.

Gomes made his official debut for the club in May 2017 under Jose Mourinho at the age of 16 – becoming United’s youngest player since Duncan Edwards in 1953.

But he has since struggled to make an impact under Ole Gunnar Solskjaer, making just six appearances this season.

Since contract negotiations with United stalled, Chelsea were linked with a swoop for Gomes.

However, Frank Lampard was quick to shoot down the claims, as he said: “I can elaborate to the point that it’s never been mentioned at my end.”

Gomes has represented England at every level from under 16 to under 20 and was captain of the under-17 World Cup winning side in 2016.

He was also the youngest winner of United’s prestigious Jimmy Murphy youth player award in 2017, at the age of 15 years 362 days, after scoring 12 goals in 19 appearances for the under-18s.

London born Gomes’ father Gil was a Portuguese under-21 international.

He is also the godson of United legend Nani.

A promise is a promise 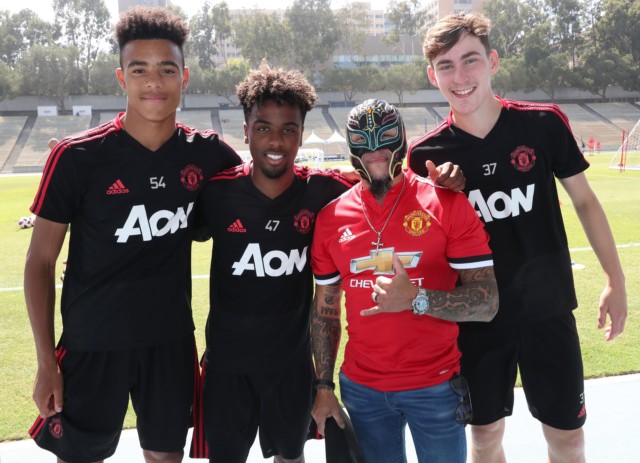 Greenwood and Gomes, posing next to WWE legend Rey Mysterio, have been at United since they were children 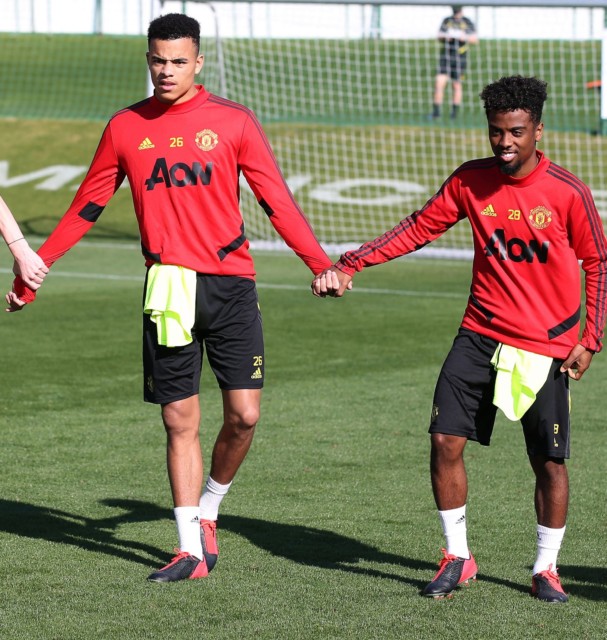 Did you miss our previous article…
https://www.sportingexcitement.com/football/premier-league/7am-arsenal-news-live-thiago-silva-urged-to-join-latest-partey-guendouzi-transfer-exchange-arteta-on-saliba