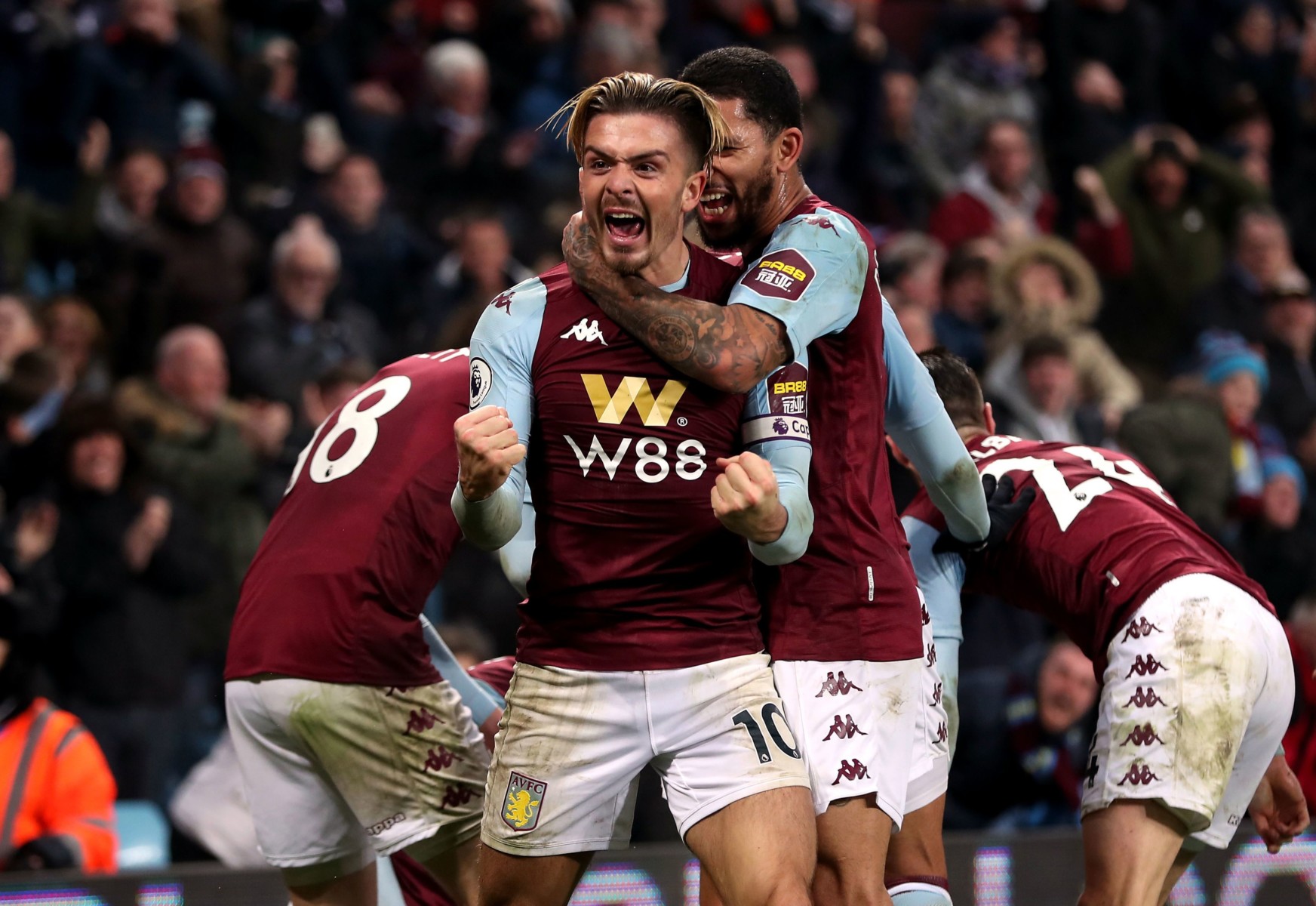 MATT TARGETT is happy to let Jack Grealish wear the bullseye on his back.

The Aston Villa pair are out to gun down Manchester City in tomorrow’s Carabao Cup final at Wembley.

And should Pep Guardiola’s sharpshooters train their own sights on captain Jack, Targett will be ready to capitalise.

Left wing-back Targett, 24, said: “Most teams double-up on Jack, sometimes even triple-up on him, he’s that good.

“Jack’s natural game is to come inside to get on to his right foot and if that drags the right-back or right-sided centre-half over then great, because it gives me loads of space to exploit.

“Similarly, if I’m constantly overlapping it’s likely to drag at least one defender away from Jack — and if not, then Jack’s playing me in. Either way, one of us benefits.”

Targett says he is lapping up life as a football ‘ghost’ since joining from Southampton for an initial £11.5million last summer, invisible to opponents who only have eyes for Villa’s main man Grealish.

The pair have developed a near-telepathic understanding — though Targett admits he sometimes gets hypnotised by his pal’s lavish skills.

He explained: “We’ve developed a good understanding and I love playing behind Jack.

“I take my position off him. But sometimes I half-think, ‘Go on Jack, just do something magic and let me stand here and watch you perform! Then I snap out of it and try to get beyond Jack to free him up.”

Targett opened the scoring in Villa’s 2-1 semi-final second-leg victory over Leicester — and he expects more goals to follow.

He said: “Playing wing-back gives me a licence to go forward more, which I enjoy.

“Sometimes full-backs don’t see you coming in at the back post, so when our other wing-back Frederic Guilbert’s got the ball I’ll try and ghost in to attack the back post and vice-versa.

“It feels natural because I started out as a left-winger as a kid but I wasn’t considered quick enough.

“When I joined Saints they moved me back to left-back and I’ve been there since.”

He was playing that role on loan for Fulham at Wembley two seasons ago when he fell out with his future team-mate Grealish.

Targett laughed as he recalled: “Our paths crossed in the Championship play-off final when the stakes couldn’t have been higher.

“We were 1-0 up and we were in stoppage time when Jack tried to go down the line and I gave him a little barge. Jack being Jack, he likes to draw fouls and he went down and we shared a few verbals, shall we say?

“The next time I saw him was when I signed for Villa but to be fair, after the play-off final we messaged each other and said, ‘It’s over and done with, have a good summer and good luck next season’.

“We’ve been good friends since our England Under-20 and Under-21 days together. He is a top bloke.”

But Targett says that result is irrelevant.

He added: “I was injured and watched from the stand that day — we made too many mistakes and were poor.

“They were very good and punished us. It wasn’t an easy match to watch.

“Normally you want to be out there but sometimes you thank God you’re not on the receiving end.

“Look, Southampton lost 9-0 to Leicester, then went to the King Power and beat them.

“Leicester also battered us 4-1 at Villa Park in the league but we beat them in the semi-finals and it’s us who will be at Wembley.

“Sure, City have world-class players but it’s a cup final at Wembley — anything is possible.”