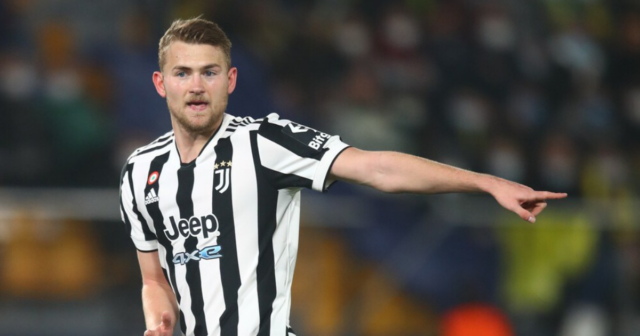 MATTHIJS DE LIGT reportedly favours a move to Chelsea – despite a number of other attractive options.

Prem champs Manchester City and Bundesliga winners Bayern Munich are also keen on the Juventus centre-half but he wants to come to Stamford Bridge, according to Sportsmail.

The Blues are thought to have tabled several offers so far for the 38-cap Netherlands star this summer.

Now they are said to be keen to close the deal for about £65million.

Sportsmail say the Italian giants want to push that price up even higher.

But Corriere dello Sport revealed last month that Chelsea are in pole position to sign him.

De Ligt has fuelled speculation of a possible exit by admitting he may reject a new contract offer from the Old Lady.

He has been one of the most sought-after defenders in the world since establishing himself as Ajax captain in 2018.

Reports have also emerged saying Blues boss Thomas Tuchel is keen to switch from a back-three to a back-four next season and sees De Ligt as a good fit for his new-look side.