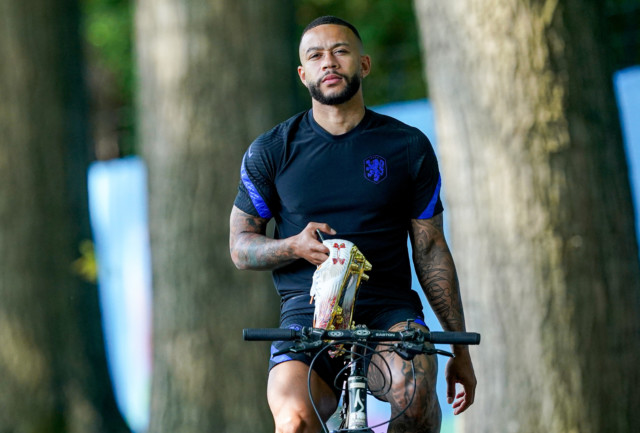 The former Manchester United player is out of contract from French side Lyon.

And there are rumours he will soon move to Barcelona for a reunion with compatriot Ronald Koeman.

Depay said: “Everyone knows that I have been negotiating with Barcelona for some time.

“I want to play for Ronald Koeman. Now we have to wait, but there will be news soon.”

Holland manager Frank De Boer feels sorry for his other half having to deal with fickle Dutch football fans ahead of tonight’s Group C clash with Austria.

De Boer enjoys a love-hate relationship with the punters who criticise his tactics but rejoiced in Sunday’s thrilling 3-2 win over Ukraine.

The boss and his players are secure inside their training camp bubble and the head coach reckons it is harder for the people on the outside.

He said: “If we have a bad result against Austria opinion will change again so we need to believe in what we are trying to achieve. 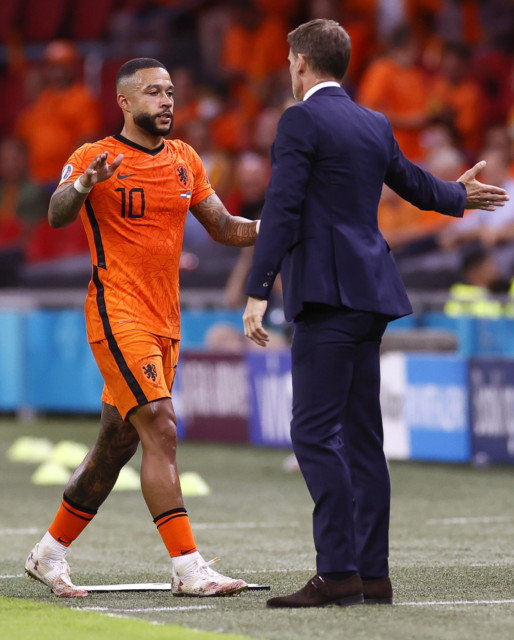 “It is what we need to teach in a way to our group. We are doing so and it is great that the people are seeing this. Everybody sees the news, everybody gets it.

“Maybe it will influence one player more than another. Some players can deal with it better but it is harder for my wife.

“The same thing is going on with my players. One can deal with it easily and not so for another. Let’s hope it stays like this that we are achieving good results or getting further in the tournament.”

Holland will be in Amsterdam again tonight and De Boer is demanding a tighter defensive display and more confidence from his players than in the victory over Ukraine.

He said: “We controlled the first half against Ukraine but in some moments they could have hurt us.

“They did not get a goal but we have to minimise those opportunities for our opponents and then focus on the defence.

“And we need to be more comfortable on the ball. When you look at the things you need to improve it is about communication: defending, your own player marking, not stepping forwards too soon.

Did you miss our previous article…
https://www.sportingexcitement.com/football/premier-league/russias-stanislav-cherchesov-refuses-to-do-a-cristiano-ronaldo-as-he-drinks-bottle-of-coca-cola-at-euro-2020-presser