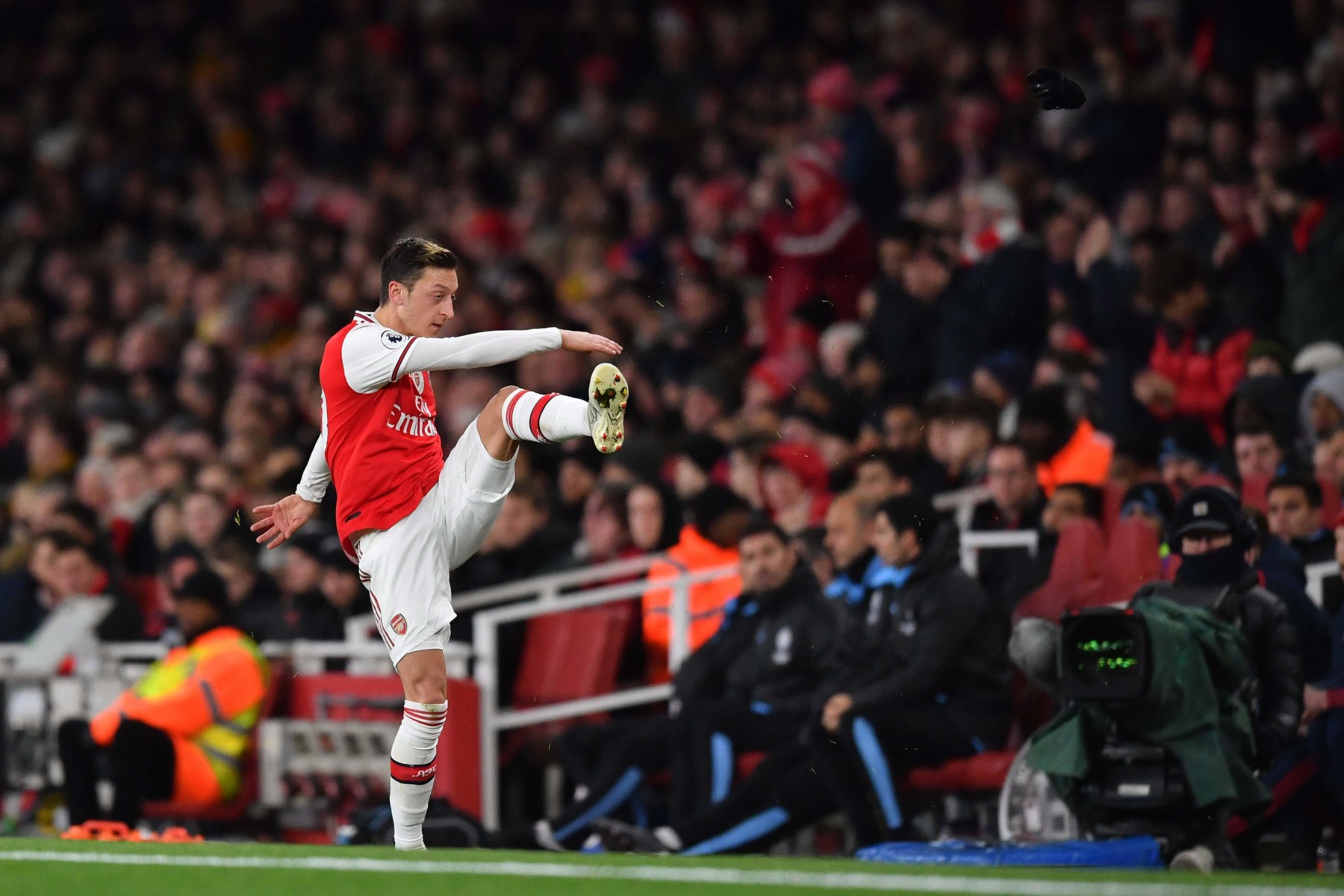 NOT for the first time, Mesut Ozil will be a convenient scapegoat.

Having under-achieved on £350,000 per week, the Arsenal midfielder is certain to get it in the neck after the revelation that he is one of three players to refuse the 12.5 per cent, one-year pay cut agreed by the rest of his team-mates. 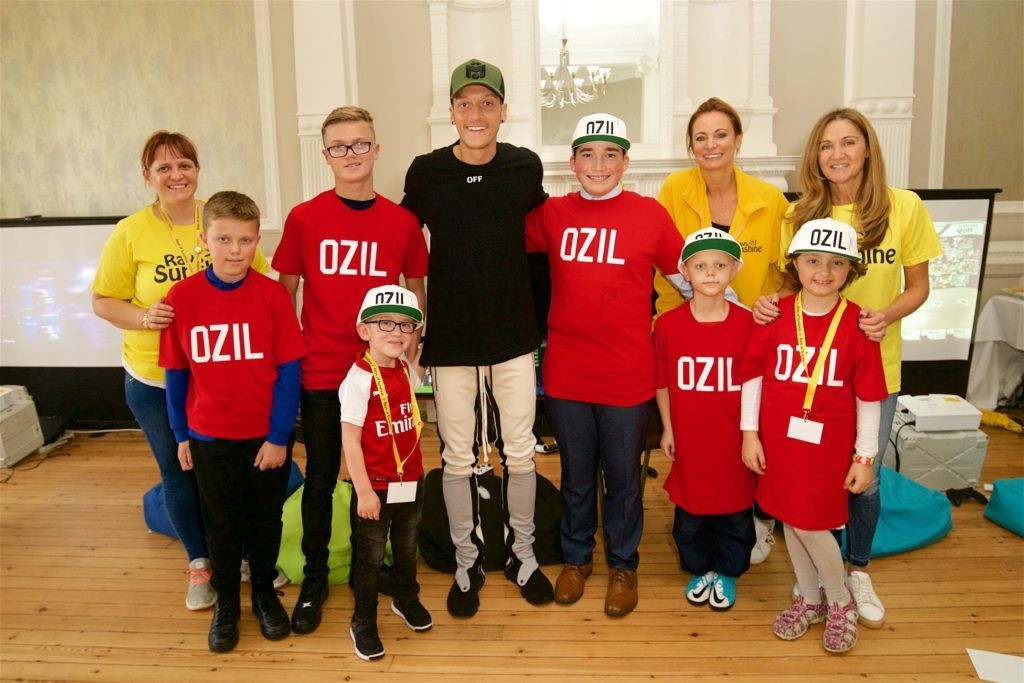 At first glance, this certainly isn’t a good look for the highest-paid player at the Emirates.

But then, for a footballer often regarded as a delicate flower, Ozil has remarkably thick skin.

In Germany, they are keenly aware of this — the controversy over his friendship with Turkey’s President Erdogan and his subsequent international retirement was bombshell stuff in Ozil’s native land.

But if you think Ozil is a rare exception, a selfish refusenik failing to go along with an overwhelming tide of goodwill among Premier League footballers during the coronavirus crisis, then you are sadly mistaken.

As we head towards a possible resumption — although plans for a June restart still look seriously optimistic — there will be a flood of disputes between players and their clubs.

There will be rows over money and arguments over playing conditions.

Many players will not want to play, even behind closed doors, if the pandemic is still raging.

Many will not want to play three games a week, then rush into the 2020-21 season without a proper break. 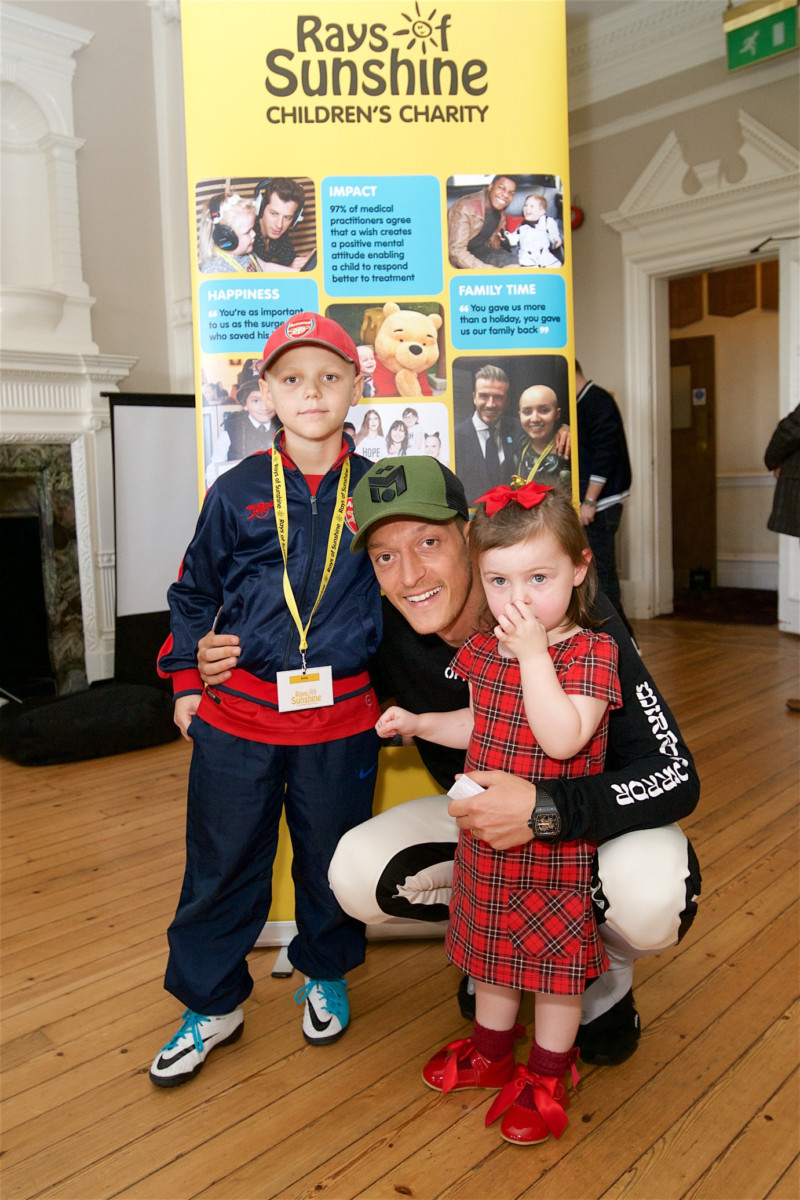 Many will not want to be locked down in tournament-style camps away from their families for several weeks.

Many who are out of contract will not want to play beyond the standard June 30 date of their current deals, with many on-loan players in the same boat.

There will be scant public sympathy but this is the realistic outlook.

Football mirrors society. It possesses good eggs, bad eggs and a large swathe who will be weighing up charitable instincts with self-interest.

Many footballers have done their bit for charity — either individually or collectively, through the Players Together fund.

Ozil himself has funded 1,000 operations for children across the world and helped feed 100,000 people in refugee camps in Turkey and Syria, among other charitable acts.

Nobody is trying to compare players to the magnificent 99-year-old Captain Tom Moore, marching around his garden to the tune of more than £27million for the NHS. 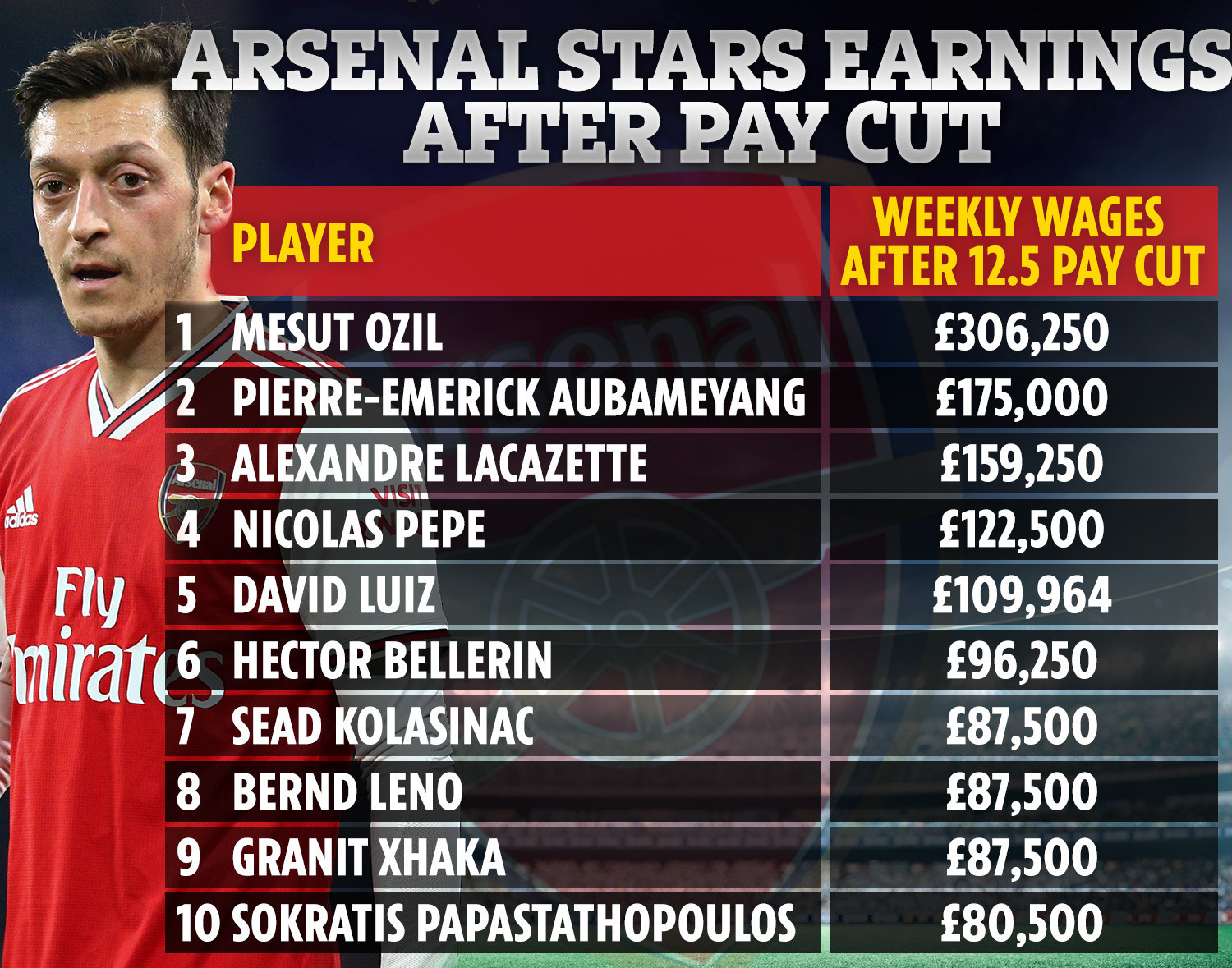 But neither are footballers an entirely selfish and greedy bunch. There are, though, very many players who are cynical about their employers — and who wouldn’t be inclined towards cynicism about Premier League football clubs?

The debacle of furloughing of non-playing staff at Liverpool, Tottenham, Bournemouth, Newcastle and Norwich — the first three being the subject of embarrassed U-turns — is a prime example.

And as PFA players’ union chief Gordon Taylor has stated, there is a feeling that some clubs could use the health crisis as a convenient excuse to make cuts. Until we know when football returns and whether clubs will lose a substantial amount of broadcasting money, Ozil and others refusing pay cuts certainly have a point.

As Ozil’s agent Erkut Sogut said this month: “Wage deferral is an option but not a cut today when the clubs may still make the same profit as last year.

“What the exact financial impact is on clubs, we can see three to six months later but we can’t see it today.”

Ozil is said to be happy to defer more than 12.5 per cent of his wages and may be willing to take a cut in future, when it is known how badly Arsenal have been hit.

Now, Ozil is not wildly popular among team-mates and his stance probably won’t help him.

It is likely that many of his colleagues will have agreed a pay cut because they want to be seen to do the right thing and avoid another of the public kickings being routinely dished out to top-flight footballers. Yet if they cast aside PR concerns, many will doubtless believe Ozil has a fair argument.

Ozil, German-born of Turkish descent, is certainly not overly concerned about his public image — as his relationship with President Erdogan, a controversial and authoritarian leader, proves.

The Arsenal man — named as Germany’s player of the year on five occasions — was widely criticised for a public meeting with Erdogan before the 2018 World Cup.

And after the Germans crashed out in the group stage in Russia, the 2014 World Cup-winner retired from internationals after 92 caps, citing ‘racism and disrespect’.

He said: “I am German when we win, but I am an immigrant when we lose.”

In a forceful ‘up yours’ to critics, Ozil named Erdogan as best man at his wedding to former Miss Turkey Amine Gulse last year.

So Ozil does not go out of his way to dodge criticism.

He will have noted that someone has thrown him under a bus here.

Ozil’s name has been leaked, unlike the other two squad members who have taken the same stance.

And Ozil can rightly argue that by refusing a 12.5 per cent pay cut, he will provide an extra £1.1m to the cash-strapped British Government in tax over the next year, rather than saving cash for Arsenal’s billionaire owner Stan Kroenke.

Sometimes there can be a difference between doing what is seen to be right and doing what is actually right.
And Ozil will be far from the only Premier League footballer making similar decisions.