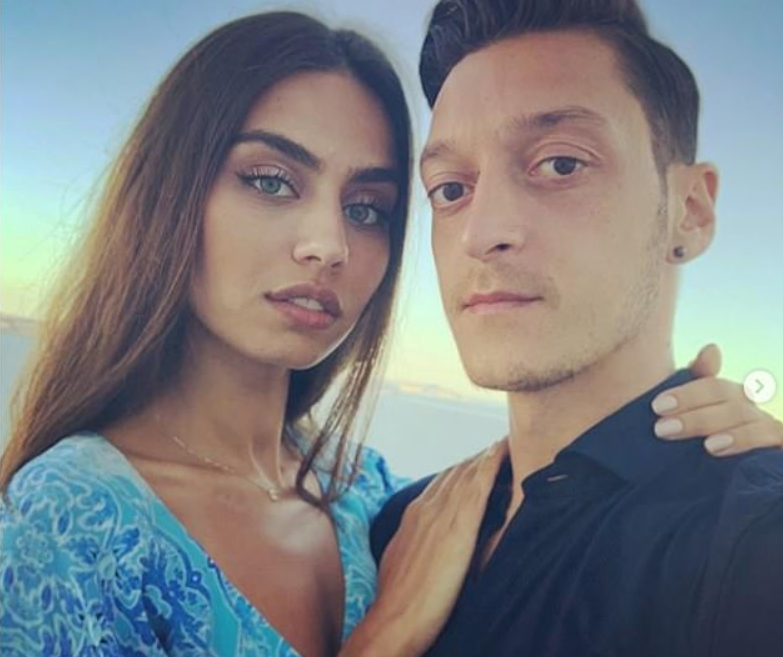 MESUT OZIL will miss Arsenals return to Europa League action against Olympiakos tomorrow because his wife is due to give birth to their first child.

The German playmaker was absent from this afternoons flight to Athens after being given permission by manager Mikel Arteta to remain in London.

Ozil, 30, married former Miss Turkey Amine Gulse in Istanbul in June, when controversial Turkish president Recep Erdogan was one of the witnesses.

Amine was three months pregnant when she was in the car the following month as Ozil and team-mate Sead Kolasinac were targeted by armed robbers.

Their first baby is due any day and Ozil is keen to be present at the birth, which is hoped to come before Sundays home game against Everton.

It means he has missed all four of Arsenals away games in the Europa League this season.

Lucas Torreira was also missing when the team flew from Luton today after going down with a virus.

The Uruguayan midfielder is being assessed by the clubs medical team but could yet fly to Athens tomorrow if he makes significant improvement overnight.

Centre-half Pablo Mari has been included in the squad for the first time since being signed on loan from Flamengo.

And Matteo Guendouzi has also travelled after being left out against Newcastle at the weekend for disciplinary reasons.

We wish you a wonderful journey as you build your new life together, lots of love