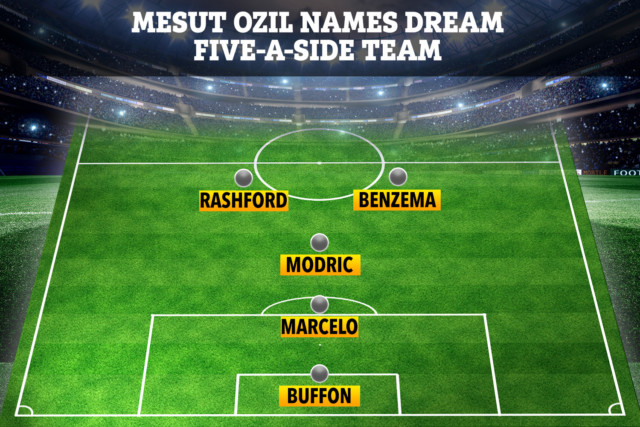 MESUT OZIL did not name any Arsenal stars in his dream five-a-side team.

But the Gunners outcast did include THREE players from former club Real Madrid.

Ozil, 32, has been axed from Arsenal’s Premier League and Europa League squads.

The midfielder has not played a competitive game for the London club since March.

Despite being dropped, he has continued to show his support for Arsenal off the pitch.

But he snubbed the Gunners as he named his dream five-a-side team on Twitter.

The rule was that he could only use one active player from each of Brazil, Italy, France, Croatia and England.

Here’s who he picked and why…

What do you guys think? P.S.: you can only use these 5 countries! 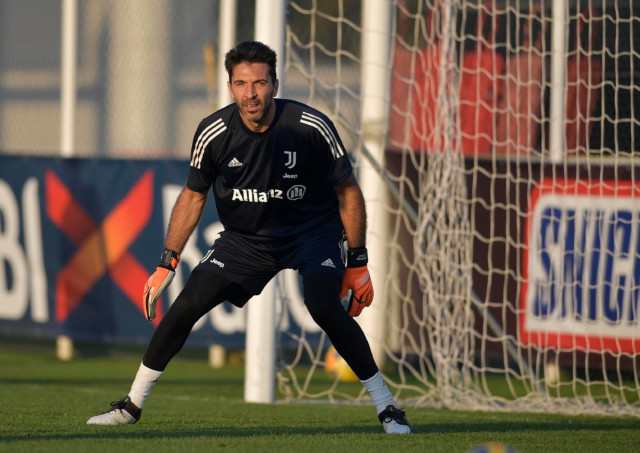 Gianluigi Buffon has played for Juventus since 2019

And the midfielder returned the favour this week as he picked him to be his No1.

Buffon, now at Juventus, has made 1,094 appearances for club and country since his debut in 1995. 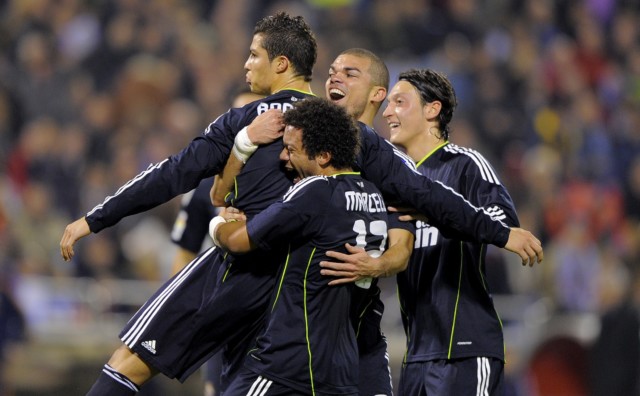 Marcelo and Mesut Ozil played together at Real Madrid

Ozil spent three seasons with Marcelo at Madrid from 2010 until 2013.

The pair won the La Liga title and Copa del Rey during their time together in Spain.

Arsenal star Ozil has picked Marcelo, 32, as his only defender even though he’s struggled for form of late. 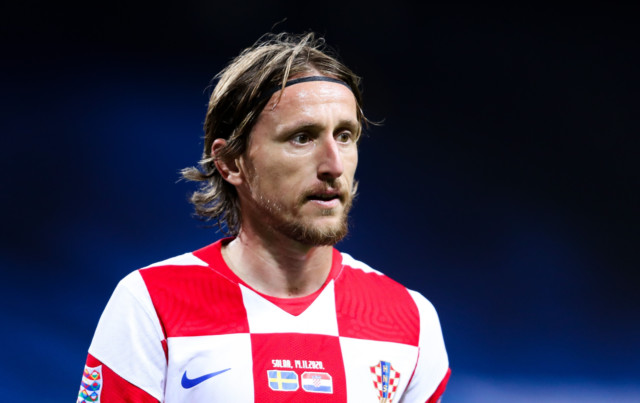 Luka Modric has played for Real Madrid since 2012

Madrid star Modric has been selected to patrol the midfield of Ozil’s dream team.

The pair only played together for a short while at Madrid before Ozil moved to Arsenal.

Modric turned 35 last month, but the Gunners star has clearly opted for experience over energy. 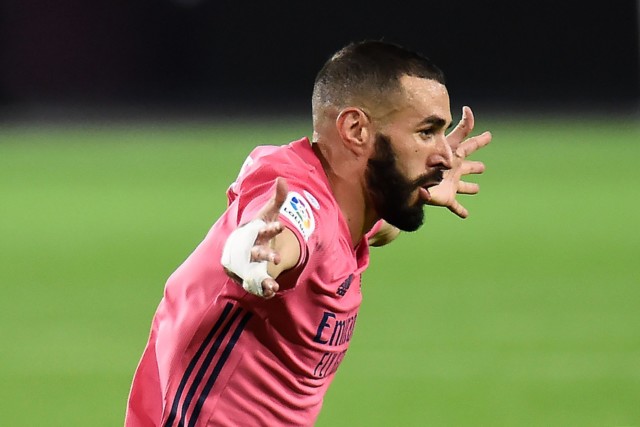 Mesut Ozil and Karim Benema joined forces at the Bernabeu

Real Madrid legend Benzema, 32, would lead the line in the five-a-side team.

Gonzalo Higuain will be in agreement with Ozil’s choice as he ranked Benzema ahead of Lionel Messi and Cristiano Ronaldo.

Benzema has chipped in with four goals for Madrid during the 2020-21 LaLiga campaign. 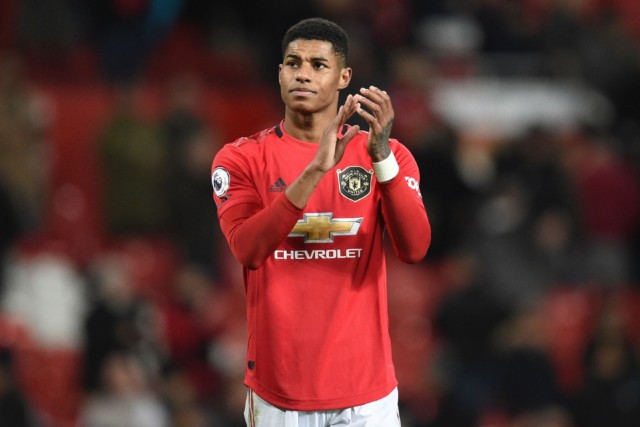 The German midfielder has also expressed his admiration for Rashford’s achievements off the pitch.

Following the striker’s campaign to end child food poverty in the UK, Ozil labelled his work as ‘incredible’. 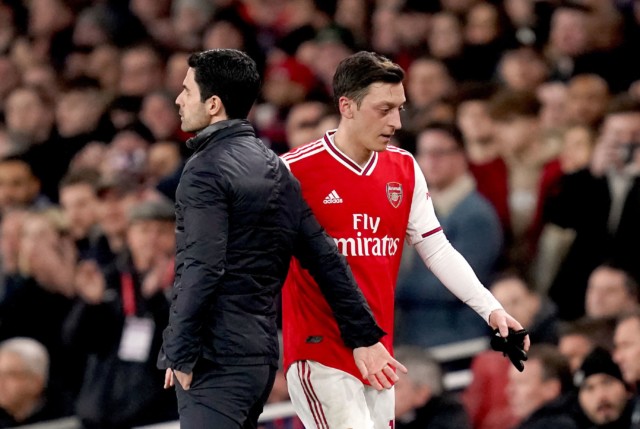 Mesut Ozil has fallen out of favour at the Emirates
Advertisement. Scroll to continue reading.
In this article:arsenal, manchester united, premier league