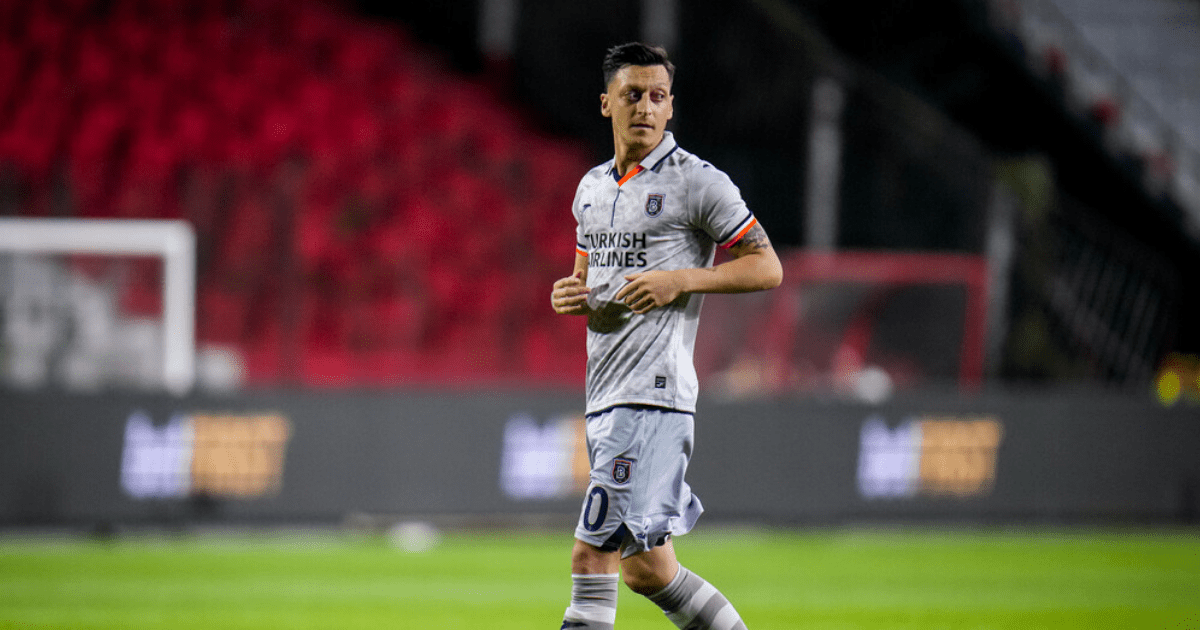 MESUT OZIL has revealed his back surgery “went well” as he now faces a lengthy spell on the sidelines.

The former Arsenal star went under the knife on Monday in order to cure the long-standing problem.

The 33-year-old, who is now at Istanbul Basaksehir, has suffered numerous back problems over recent years and has missed 31 matches since 2018.

Now Ozil has provided his fans with a positive update on his condition after the op.

Sharing a snap of himself giving the thumbs-up in his hospital bed, he wrote on Instagram: “Today’s surgery went well

Thanks again to everyone for your messages & prayers – May God bless you all!

Prior to his medical procedure, he had said: “Unfortunately I will be out for a longer time.

“I will be undergoing a surgery this weekend to finally get pain free in my back again.

“I will try everything to get back on the pitch as soon as possible again. Thanks for all your love and support.”

Ozil – who was let go by Arsenal in 2021 – joined Istanbul Basaksehir in the summer on an initial one-year deal 29 minutes after his Fenerbahce contract was ripped up.

He was “excluded” from the Fenerbahce squad following a row with then-interim boss Ismail Kartal.

But the former German international endured a nightmare start to life with Basaksehir.

Ozil, playing for the reserves, was thumped 7-1 by Kasimpasa in a humiliating debut defeat.

He has played three times for their first team since, with his last outing coming from the bench in the 3-0 Europa Conference League win over Fiorentina on September 15.

However, his time in recovery now means that he is able to spend more time at home with his family.

Did you miss our previous article…
https://www.sportingexcitement.com/football/premier-league/carragher-compares-haalands-fear-factor-to-henry-as-liverpool-legend-remembers-biggest-embarrassment-of-his-career/