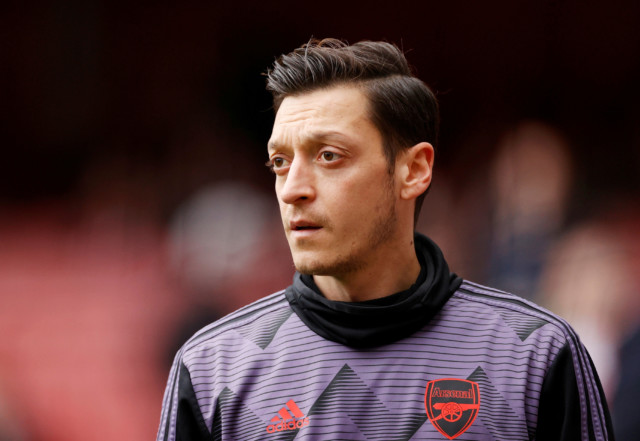 MESUT OZIL will play alongside some familiar faces if and when he joins Fenerbahce.

The Germany World Cup winner is close to ending his Arsenal turmoil and agreeing a deal with the Turkish side.

Mesut Ozil is close to joining Turkish side Fenerbahce

Reports claim the Gunners outcast has penned a three-and-a-half-year deal with them.

Boss Erol Bulut admitted on Friday that all ‘will become clear in the coming days.’

He has yet to see a minute of action this season after Mikel Arteta excluded him from his Premier League and European squad registrations.

Ozil is now free to talk to clubs abroad as he has entered the final six months of his £350,000-per-week deal.

Although he’ll have to dust the cobwebs off his boots, Ozil will be sure to receive a warm welcome at Fenerbahce by former Premier League players.

Papiss Cisse is one of the former Prem players at Fenerbahce

The Ecuadorian was formerly of Everton and West Ham before he left London for Mexican side Tigres in 2017.

On the opposite side is former Roma ace Diego Perotti who has a Europa League and Copa del Rey to his name from his time at Sevilla.

And Brazilian veteran Luiz Gustavo, who used to play for Bayern Munich, marshalls the midfield.

Did you miss our previous article…
https://www.sportingexcitement.com/football/premier-league/cristiano-ronaldo-left-raging-after-fouls-were-allowed-in-man-utd-training-to-force-him-to-pass-ball-quicker