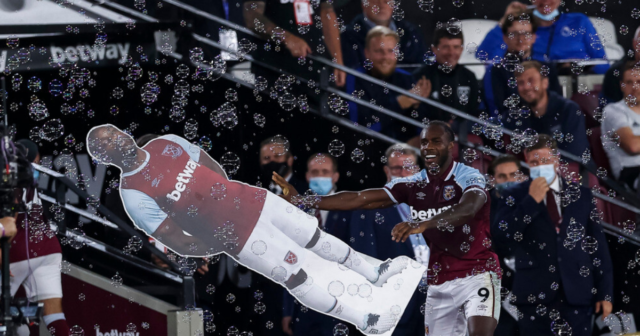 MICHAIL ANTONIO became West Ham’s top Premier League scorer ever and celebrated with a cut-out of HIMSELF.

"You have not had a kiss for a while."

Michail Antonio reveals where the idea for his record goal celebration came from with a cardboard cutout of himself and makes @GNev2 and @Carra23 guess it. pic.twitter.com/MdAy5EWvVj

Ayoze Perez saw red for a horror first half tackle on Pablo Fornals – and Antonio’s strikes sent the Hammers top of the league.

After his life-size cardboard celebration, Antonio said: “I thought: ‘I’m making history – I’ve got to do something special’.

“We were talking earlier in the week, I said: ‘You know what will be the best – the lift from the film Save The Last Dance’.

“Maybe somebody could pick me up, but I got a cardboard cut-out and picked that up.

“My good friend Darren Randolph was looking after it on the bench.”

On the record, he added: “It’s amazing. It sounds beautiful. So relieved. In the first half I was over-doing it, trying to get the goal. I let it affect me. 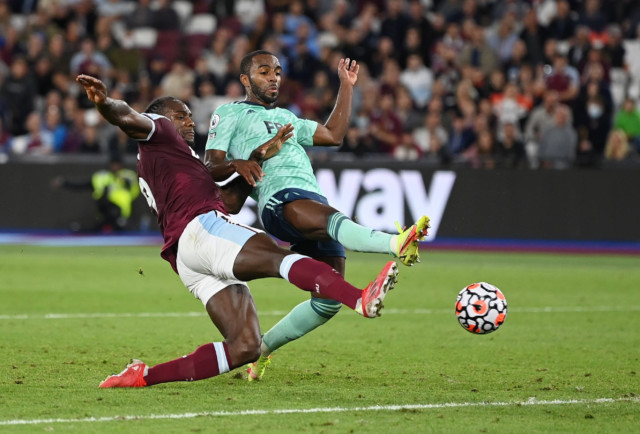 “You try and be professional but I’m trying to make history so it’s always going to be in the back of your mind.

“But then in the second half I was just playing the way I normally play.

“I’ve never been top of table since I’ve been here in the last seven years. We have belief in ourselves, we work hard.”

On the bizarre celebration, which was actually from the film ‘Dirty Dancing’, boss David Moyes said: “It’s not something I’m keen on.

“But I’m really pleased. I was disappointed with the way he played in the first half and he did enough to shut the manager up after what I said to him at half-time.

“Tonight it was like Upton Park, but I think we’ve got to go up a gear. I could be asking far too much but what else am I going to do? Stand here and say we want to avoid relegation?

“Maybe I’ll ask the players if they can stay top now.”

Fornals opened the scoring before a reckless lunge on the Spaniard by Perez saw ref Michael Oliver check the VAR monitor and give a red. 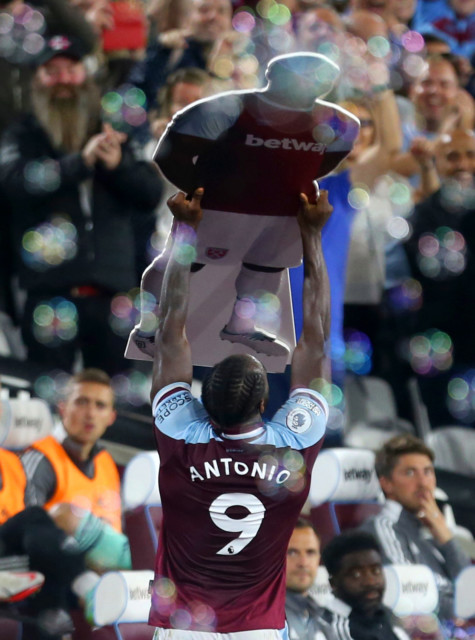 Youri Tielemans grabbed a goal back for Leicester in the second half before Antonio’s brace.

Foxes boss Brendan Rodgers said: “Disappointing night. I was proud of the spirit and the mentality to keep fighting. We made mistakes and got punished by good players.

On the red card, he added: “The contact from Ayoze doesn’t look good. When the ref goes to the screen in front of 60,000 people it’s going to be given.”