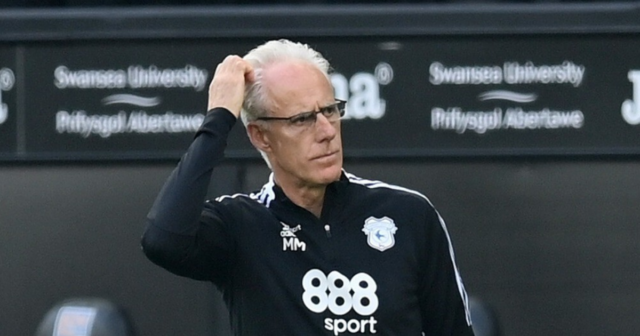 MICK McCarthy is clinging to his job at Cardiff City after a Welsh derby hammering followed suggestions from Bluebirds chief executive Ken Choo the club would be better off without him.

It completed a nightmare day for the veteran McCarthy. On one of the supporters’ coaches before the game, Choo was reported to have told Cardiff fans: “I wish we had a new manager.”

When asked to provide context to his comment, Choo laughed off the matter and refused to deny making it. Asked for his response after a hammering in Swansea, McCarthy’s emotion was clear.

“I can’t imagine Ken would actually say that and if he did, I think it would be said to me and nobody else,” he said.

“It leaves me feeling very, very sad. I can’t try harder than what I’m doing and I’ll keep doing it until someone tells me otherwise.”

The last time Cardiff lost six league matches in a row was 1985 and they were shambolic against their bitterest rivals despite Ryan Giles missing a glorious chance to give them the lead.

Swansea took control after that and Paterson opened the scoring from 25 yards with a stunning strike which went in off both posts.

Piroe and Bidwell rubbed salt in already-gaping Cardiff wounds in the second half.

“I’m not sure I’ve got the words to describe that, but let’s just say I’m bitterly disappointed,” McCarthy added.

“I’ve never had a problem with players not playing for me and if they are not, then I’ll be disappointed.

“The support I’ve had from the hierarchy has been great and I’ve been grateful for that.”

Did you miss our previous article…
https://www.sportingexcitement.com/football/premier-league/everton-0-west-ham-1-hammers-move-into-european-spots-after-angelo-ogbonnas-header-as-toffees-flop-at-home