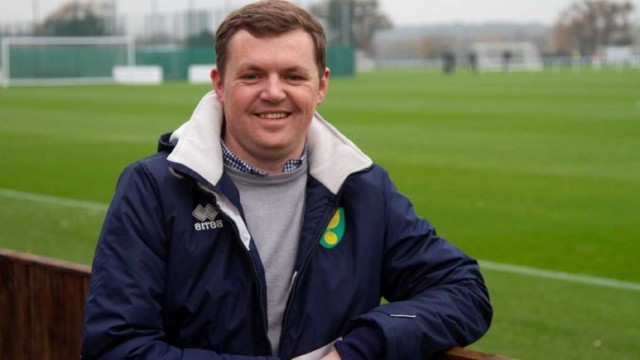 MIDDLESBROUGH are eyeing up a move for Norwich talent-spotter Kieran Scott.

Canaries head of recruitment Scott played a key role in the Norfolk side’s signings of Teemu Pukki and Emi Buendia, who joined Aston Villa for £33million earlier this month.

SunSport understands Championship side Boro are mulling over offering him a role as sporting director.

Scott has spoken before of his desire to take such a position at a club in the future.

Though that role could possibly be available in a year at his own club Norwich, with current incumbent Stuart Webber previously hinting he could vacate his role when his contract ends in 2022.

Meanwhile, the newly-promoted Canaries are set to announce Lotus as their new shirt sponsors for the season.

It came after the club ditched online casino BK8 as their sponsors following a fan backlash over the gambling company’s sexualised marketing.

That deal was believed to be worth £5m for the year – but the Lotus deal is understood to be worth less than half of that.

The ex-Manchester United prodigy agreed a five-year deal to move to Vicarage Road after his contract expired this month.

Fletcher leaves Boro after a rollercoaster four years that were hindered by injuries following his £6million arrival from West Ham.

He initially struggled to make a breakthrough and was shipped out to Sunderland on loan but returned to become a regular under Tony Pulis.

Fletcher was top scorer at the Riverside during the 2019/20 campaign but could only muster four goals in 14 matches this term under Neil Warnock after being sidelined for four months.

Did you miss our previous article…
https://www.sportingexcitement.com/football/premier-league/ian-wright-embarrassed-by-england-vs-scotland-as-pundit-slams-gareth-southgate-for-taking-off-phil-foden-in-drab-draw