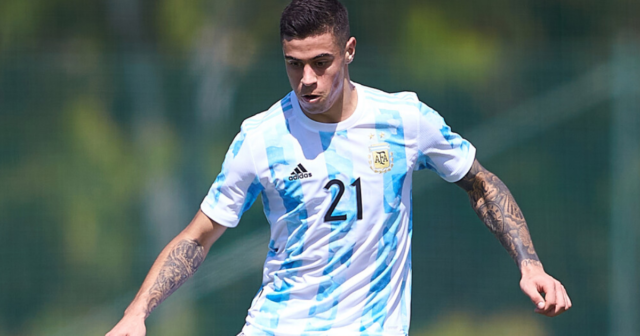 The 22-year-old is set to move from Argentine club Banfield for around £6million after competing with his nation’s U23 side at the Tokyo Olympics.

A work permit is yet to be granted, but the Teessiders are confident a claim would be successful under the post-Brexit application criteria.

And Warnock joked that he hopes Payero is knocked out of the Games early so he can hit the Championship season running, which begins on August 8.

The Boro boss said: “Whether he can start straight away with the Championship we’ll have to see.

“I’m hoping he plays regularly in the Olympics so if he does fitness won’t be a problem.

“I’ve asked him to get knocked out in the quarter finals if he can.

“I had a good chat with the lad and he was looking forward to it.

“Nice lad and I think he’s looking to build a platform for the next few years.

“He can play eight and 10. He makes some good runs when he’s further forward. He very rarely gives the ball away, good on set pieces. He can chip in with goals as well.”

Payero’s arrival would be one of the most exciting of the Championship summer so far, with Boro having already signed Joe Lumley, Sammy Ameobi, Uche Ikpeazu and Lee Peltier.

He played a key role as Banfield reached the final of the Copa Diego Maradona, which ran last year instead of the Primera Division because of the Covid pandemic.

Banfield upset the odds to reach the showpiece and take giants River Plate to a penalty shootout before losing, with Payero starting 12 of the 13 games.