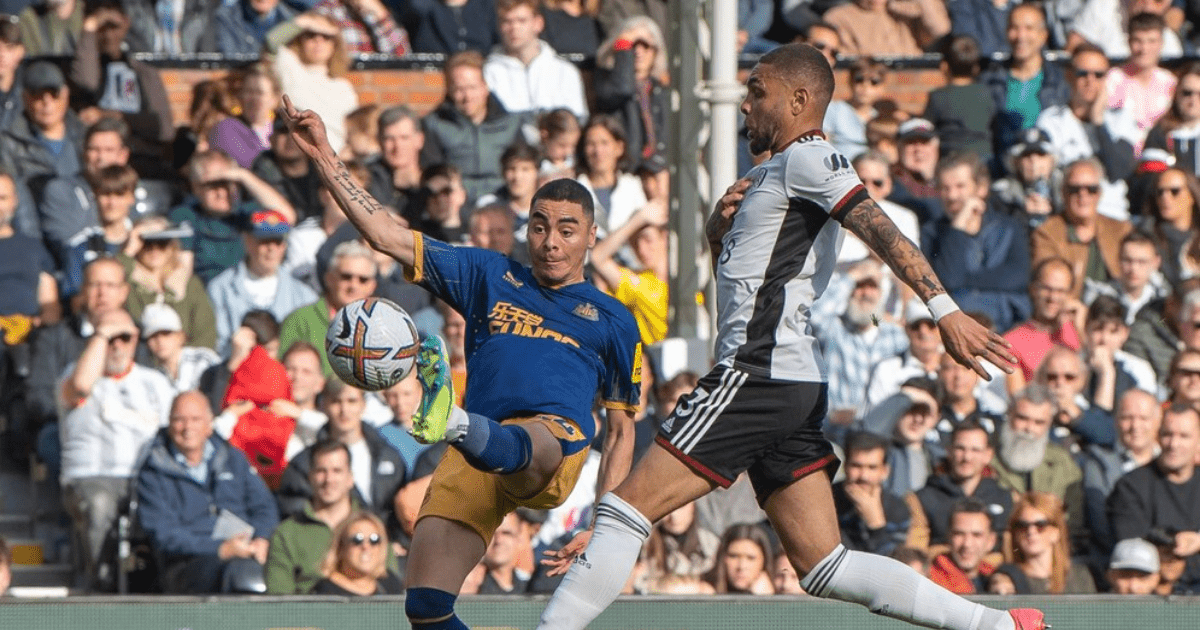 FANS have been left stunned after Miguel Almiron scored a goal of the season contender.

The Newcastle United star looks to have been given a new lease of life this season, and paid back Eddie Howe’s faith with a stunning effort against Fulham.

Almiron celebrates his belter against Fulham

Receiving the ball on the left flank, Almiron then played a pass into midfield, where Bruno Guimaraes then clipped a perfectly weighted pass into the channel behind the defence.

Almiron, who had immediately set off on a run into the area following his pass, then wrestled off a defender before lashing the ball towards goal .

His volley then found the top corner leaving ex-Arsenal stopper Bernd Leno with no chance.

And the goal was also met with praise from fans.

One fan said: “PLAY LIKE ALMIRON, GREALSH COULD NEVER.”

A second viewer said: “Congratulations to Miguel Almiron for winning the Goal of the Season award.”

“Absolute belter of a finish,” added a third viewer.

While another added: “only scores screamers.”

With his second goal of the season Almiron is now at 50 per cent of his best goal returns in the Premier League after just eight games, after taking 34 and 36 games to get there previously.

Advertisement. Scroll to continue reading.
In this article:miguelalmiron, Newcastle, scores