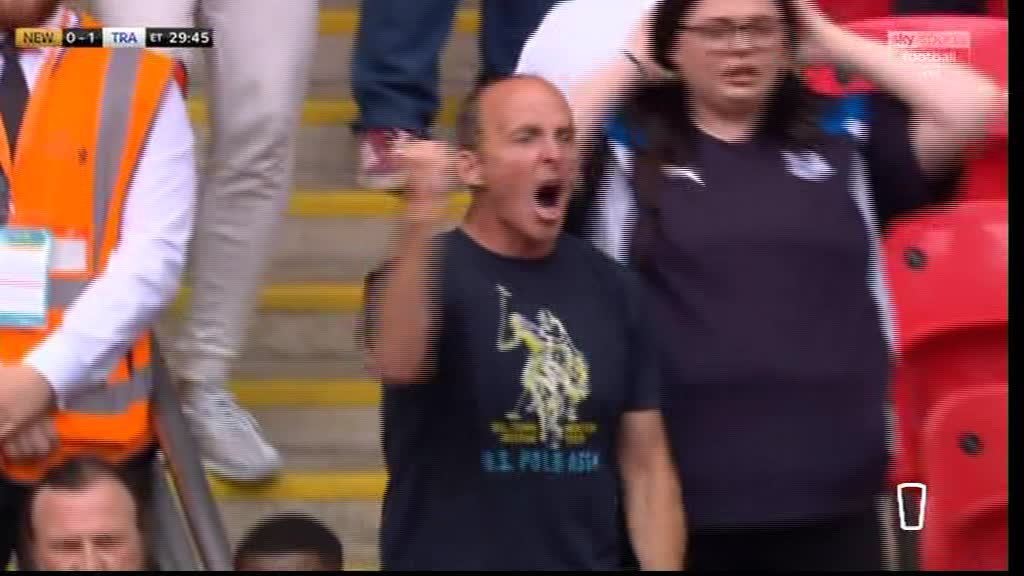 MIKE DEAN admitted to singing the referees a w***er in the stands while watching his beloved Tranmere.

The eccentric Premier League official has often been pictured or captured in the stands supporting League Two side Tranmere.

But Dean revealed on Peter Crouch’s podcast that even he can get a little animated while watching matches and will jokingly take a sly dig at one of his own from time to time.

When asked if he sings “the referee’s a w***er” at games, he responded: “I have a few times, yeah. When I’m watching it, I’m watching it as a supporter.

“My daughter is worse than me. I’m a massive fan yeah – massive. I just lost it to be fair, completely lost it.

“When I go and watch them away from home I won’t sit in the main stand away from them, I’ll go in with the speccys (spectators) and watch it there.”

Dean is usually on the other end of stick from fans, but has built a reputation for having a personality on the field.

The 51-year-old admitted to being a showman, and that is why he loves to step over the ball whenever he comes close to interfering during a match.

Dean explained: “I do come across like a showman.

“If the ball comes towards me I will let it go through my legs. I love a step-over.

“I love what I do and the way I referee. It kind of comes out I enjoy what I do. I’ve had this the past 10 years.”