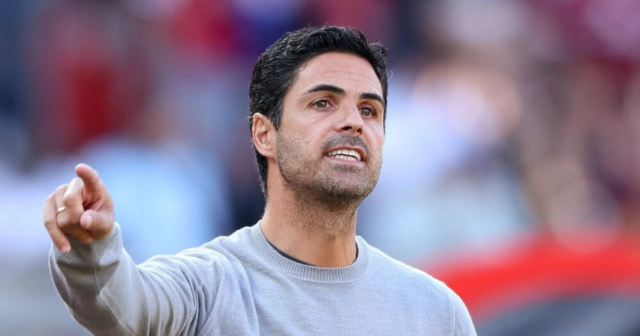 ARSENAL manager Mikel Arteta has refused to rule out a transfer move for Youri Tielemans.

Tielemans has been linked with a switch to Arsenal this summer with just one year remaining on his contract with Leicester.

Arteta wants to make Tielemans his fifth signing of the summer

Tielemans is a regular Belgium international, having played 52 times for the Red Devils

And following their thrilling 5-3 friendly victory over Nurnberg on Friday, Arteta acknowledged there were still deals they wanted to complete this window.

He said: “There are more things that we would like to do if we can but the market will dictate what we can do, but so far we are happy with what we have done.”

SunSport exclusively reported earlier this week that the North London club were preparing to launch a £30million bid to sign the midfielder.

Asked specifically about the speculation surrounding Arsenal and Tielemans, Arteta added: “We never talk about players that are not ours.

“As I said before we can improve the team, we are still in the market and are going to try to do it, but we are not going to go to any specific names.”

Tielemans, 25, is also wanted by Premier League rivals Manchester United and Newcastle but are confident of striking a deal ahead of them.

However, according to reports Arsenal are considering a move for Lyon playmaker Lucas Paqueta as an alternative to Tielemans.

Midfield reinforcements are still a necessity for Arsenal if they are to push into the top four next season, with a number of clubs above them either featuring a stronger squad or more transfer activity.

Another blow for Arsenal is the lack of fitness being displayed by primary left-back Kieran Tierney, who went off after just 30 minutes during their pre-season opener in Germany.

Did you miss our previous article…
https://www.sportingexcitement.com/football/premier-league/man-utd-stars-look-grim-faced-as-they-touch-down-in-thailand-without-cristiano-ronaldo-for-pre-season-tour/