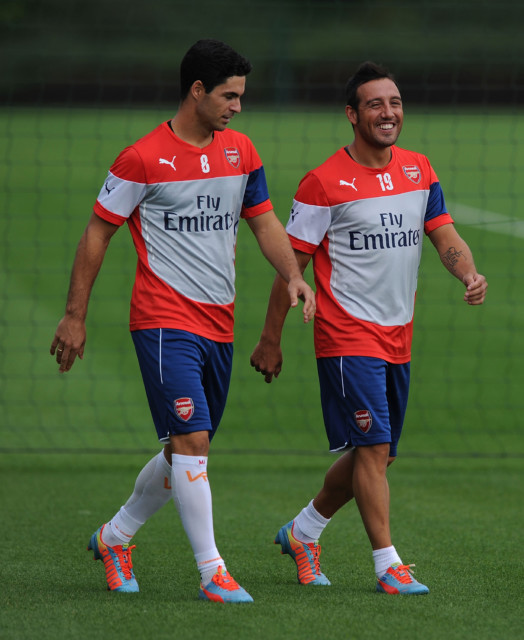 ARSENAL boss Mikel Arteta is reportedly looking to bring fan favourite Santi Cazorla back to the Emirates in a coaching role.

However it has been claimed that the Gunners face competition from Besiktas who want to sign the midfielder on a free transfer.

The 35-year-old is set to become a free agent at the end of the season when his contract at Villarreal expires.

Cazorla has starred for the LaLIga side this campaign – chipping in with 12 goals and nine assists in all competitions.

According to Spanish news outlet AS, the two-time European Championship winger is in negotiations with Turkish outfit Besiktas.

They want to sign him when his deal at Villarreal expires, though it remains unclear what the future holds for Cazorla.

Speaking in May, he expressed his desire to return to the Emirates in a coaching role alongside his former team-mate.

And journalist Guillem Balague has revealed that Arteta is keen to work with the little magician in the future.

In a video he posted to his 1 million Twitter followers, he said: “I do know that Arteta will ask Cazorla to be a member of the coaching staff at some point in the future.

“They understand football the same way, they love working with each other.”

Gunners supporters would welcome Cazorla back to the club in any capacity, with the player holding a special place in their hearts.

Despite his career at Arsenal ending prematurely due to injury, he still managed to chip in with 29 goals in 180 games – winning the FA Cup twice.

Did you miss our previous article…
https://www.sportingexcitement.com/football/premier-league/how-man-utd-will-line-up-against-bournemouth-as-solskjaer-hints-at-squad-rotation-and-fernandes-could-be-rested