Mikel Arteta will be SACKED by Arsenal if they don’t get top four after summer transfer spree, says William Gallas
Advertisement 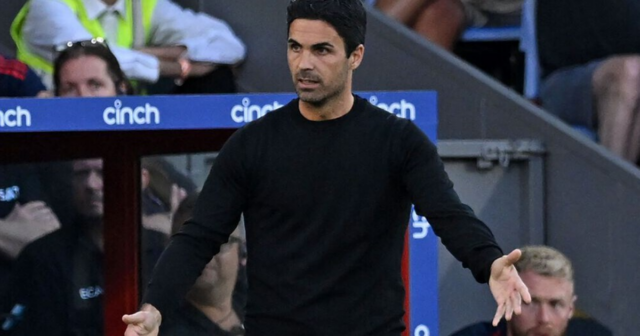 ARSENAL manager Mikel Arteta could be sacked if he fails to make it to the top four in the Premier League table this season.

That is according to former Gunners star William Gallas, who claims Arteta has to deliver after being backed in the summer transfer window.

Gallas insists Arteta should at least seal Champions League qualification with the squad he currently has at his disposal.

But if the Spanish tactician misses out on the top four, like he did last season when Arsenal collapsed in the final stages, then he could be dismissed by the club.

Gallas told Genting Casino: “Of course he will be in trouble. Arteta has been asked to make the top four and he didn’t do it last season.

“If Arsenal don’t play in the Champions League next season, it would cause a lot of drama.

“They have to have a great season, possibly win the Premier League, but definitely to qualify for the Champions League.

“They have just bought new players, it’s in the hands of Arteta and the players.

“It will be a big problem for all of them if they don’t do their job to qualify in the Champions League.”

Arsenal kicked their Premier League season off on the right foot as they beat Crystal Palace 2-0 at Selhurst Park in their opening match.

The Gunners are now set to take on Leicester on Saturday at the Emirates in their first home league game of the season.