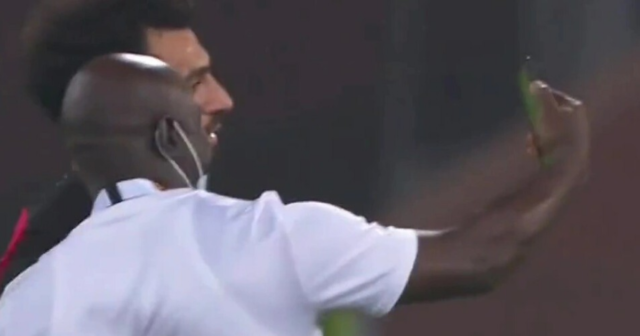 MO SALAH showed his class once again by posing for a selfie with a Nigerian coach… moments after Egypt’s defeat.

The Liverpool superstar, 29, was ambushed on the pitch following the Africa Cup of Nations clash on Tuesday.

But despite the 1-0 loss, he did not kick up a fuss when the member of the Nigeria backroom staff grabbed him with his phone aloft.

And Salah stopped briefly to oblige to the request, even putting his arm around the star-struck fan.

The disappointed forward then trudged back to the dressing room with his team-mates.

Some viewers on social media praised the forward for his kindness and grace in defeat.

One said: “Salah is an adorable guy. I admired the sportsmanship displayed between Nigeria and Egypt – AFCON is all about uniting the continent together while fighting for supremacy in the game of football.

But most could not contain their laughter at the audacity from the Nigerian assistant.

Another wrote: “Why was one of the Nigerian coaches taking a selfie with Salah?! Let him cool arfff Omds.”

And a final user commented: “Taking a selfie with Salah after shutting him out >>>”

Salah was wearing his personalised adidas boots for his country’s opening game at the rearranged continental tournament.

However, they have not proven to be his shooting boots just yet.

Nigeria’s defence kept the ex-Roma ace quiet throughout the Group D clash, limiting him to just one blocked shot across the 90 minutes.

Leicester City striker Kelechi Iheanacho grabbed the only goal of the game for the Super Eagles.

He controlled brilliantly 18 yards out and slammed home a superb volley into the top corner on the half-hour mark.

The defeat for the Pharaohs was their first in the group stages at the AFCON for 18 years.

And it leaves them with plenty to do if Salah is going to lift the prestigious trophy that has eluded him so far.

Speaking before the tournament, the captain said: “I think this is the only thing that I haven’t won yet.

“I was lucky that we got to the World Cup (in 2018) after 28 years, but I always say that I would love to win something with my country.

“We will give our best and hopefully we will win it.” 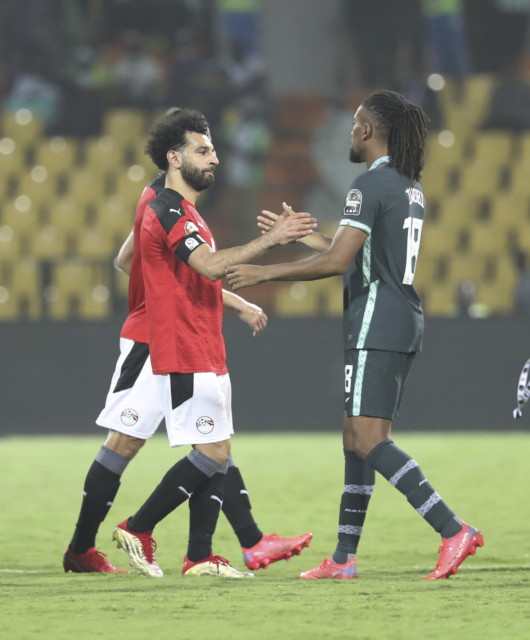 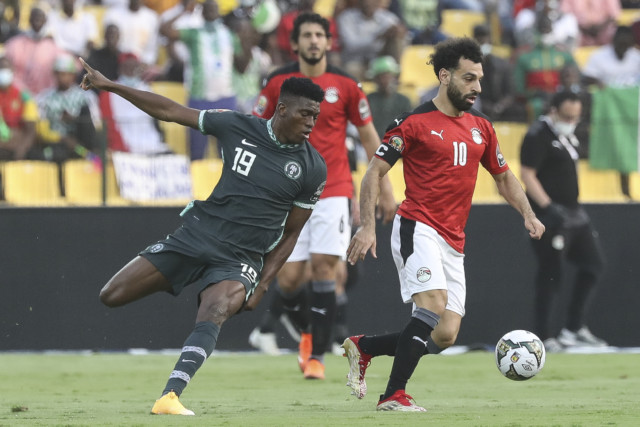 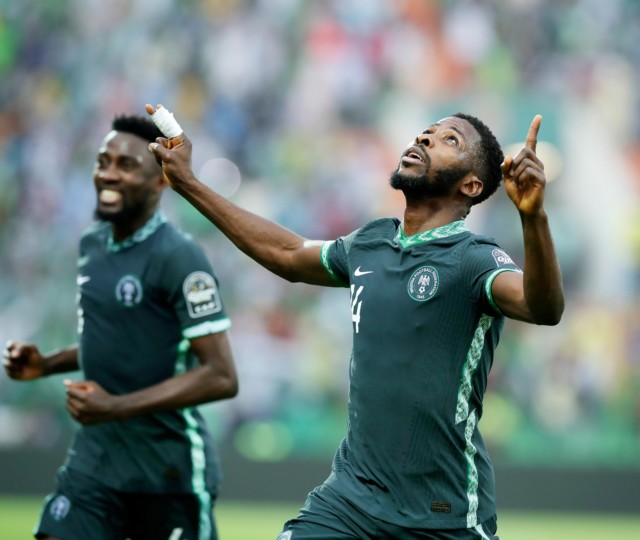 Kelechi Iheanacho scored the only goal of the game
In this article:Leicester, leicester city, liverpool