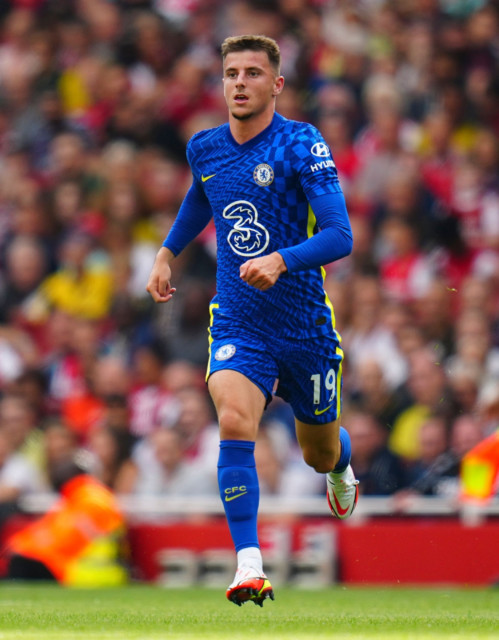 MASON MOUNT has hailed Spurs fans for standing in defiance of the racists who turned on Bukayo Saka.

Arsenal midfielder Saka, 19, was one of three black England stars to suffer horrible abuse this summer after missing a penalty in the Euro 2020 final.

Chelsea star Mount is teaming up with Saka this week to play in Hungary — the scene of widespread offensive chanting during the Euros.

But he says the behaviour of Tottenham supporters, who gave Saka a standing ovation at a pre-season friendly against their fierce rivals, means that the fight against discrimination CAN be won.

Mount, 22, said: “It’s not acceptable for someone to go through something like that.

“Straight after the game all of us got round the boys and tried to console them. You could see on their faces how much it meant to them.

“Then I look at what has happened since. The games he has played in since.

“To play away at Tottenham in pre-season and see him get a standing ovation when he came on . . . and at Brentford, too.

“That is what football’s about. Everyone coming together to get behind someone like Saks, one of the best guys I have met in football. That is special. It gives you hope.”

International rookie Saka, plus Marcus Rashford and Jadon Sancho, missed from the spot as England were beaten by Italy at Wembley.

A mural dedicated to Manchester United striker Rashford for the 23-year-old’s work helping poverty-stricken kids was defaced with graffiti.

Thousands of genuine fans then sent messages of support to paper over the mindless and  despicable vandalism.

Hungary’s 67,000-capacity Ferenc Puskas Stadium was the scene of several incidents of racist and homophobic behaviour during the summer, to the extent that European governing body Uefa launched their own investigation.

The country’s FA has been fined €100,000 and ordered to play the next three competitive Uefa matches behind closed doors — with another one suspended for two years.

Uefa have also instructed the Hungarian FA to display a banner with the logo #EqualGame.

England travel there for their opening Fifa World Cup qualifier on Thursday.

Saka and Sancho are part of the squad for a key game where fans will be allowed in because it is a separate governing body.

Did you miss our previous article…
https://www.sportingexcitement.com/football/premier-league/chelseas-toni-anjorin-set-for-18m-transfer-to-lokomotiv-moscow-but-blues-will-insert-buy-back-clause-like-abraham-deal