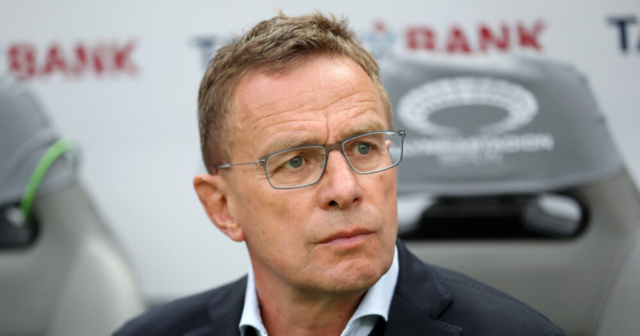 IF the hipsters’ hero of Hoffenheim thinks he will be turning round Manchester United in an instant, then he has another thing coming.

Morale is so low within the camp that one player has considered talking to a sports psychologist about what he is supposed to be doing.

Ralf Rangnick was yesterday appointed interim boss until the end of the season on the back of some incredible work around the globe.

That included taking Hoffenheim from the third tier to the top flight in Germany and Schalke to the Champions League semi-finals.

It is why disciples like Thomas Tuchel and Jurgen Klopp praise him to the skies.

But back in the troubled waters of the Premier League, Manchester United are a very different fish.

Have a look at David Moyes now compared to his final days in the job seven years ago. He looks younger now than he did then.

Louis van Gaal, one of the greatest coaches of the last generation, was left ranting about one certain journalist being overweight – having already told the media to eat mince pies.

Jose Mourinho was next and did a great job in two years by winning two trophies and finishing second.

He still counts that runners-up spot in 2018 as one of his greatest achievements. Yet he was gone by the following December.

On a pre-season tour in America he was seen shouting down his phone ‘its s***’ as the job began to overwhelm him as his every wish was not granted.

Van Gaal and Mourinho had managed the greatest clubs in the world – among them Barcelona, Real Madrid, Inter Milan.

Yet the hotseat at Old Trafford had dumped them in a basket case.

Look at Ole Gunnar Solskjaer, a club hero, who took the team to third and second in successive seasons when Manchester City and Liverpool were exceptional.

But football and managing Manchester United ate him up and spat him out to the point that he had looked close to tears for about a month.

If you thought he had grey hairs before…

So don’t think a quick dose of gegenpressing is going to change that over night.
The point is that United and its success was Sir Alex Ferguson.

There was no plans, philosophy or DNA left behind on a computer when he walked out the door in May 2013.

It was all in his head, in his character, in him. When he went, the whole thing went with him.

Each of the four managers since have been criticised for not being able to win the league, or even get close despite an investment of around £1billion in players.

Yet if they all, or any of them, had then Sir Alex would not have been that special after all.

He ran the place, controlled it. The club was even scared to go on social media before he left. Then everything changed.

Suddenly there was a giant to control. Football’s Frankenstein without its creator.

The scariest team to face in the league has now become a ‘possible three points’.

Manchester United were still the biggest club in the country despite not winning the title between 1967 and 1993. They just couldn’t do it.

No matter how hard they try now, they just can’t do it.

If the man to change that is someone who is so highly regarded that he was the head of sports and development at Lokomotiv Moscow for the last five months – without any club having a sniff as their next boss – then great.

‘Oh but he’ll make them press’, ‘Ronaldo won’t work’, ‘He will get more energy out the players’ – it is incredible how much tosh is spoken about United.

The point is: If he gets United from where they are now into the top four he has done a great job. 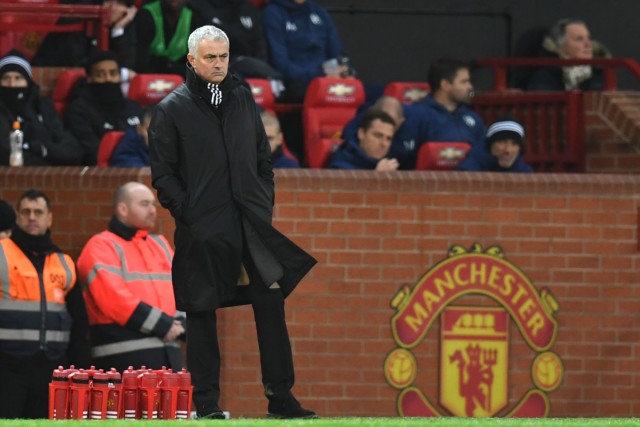 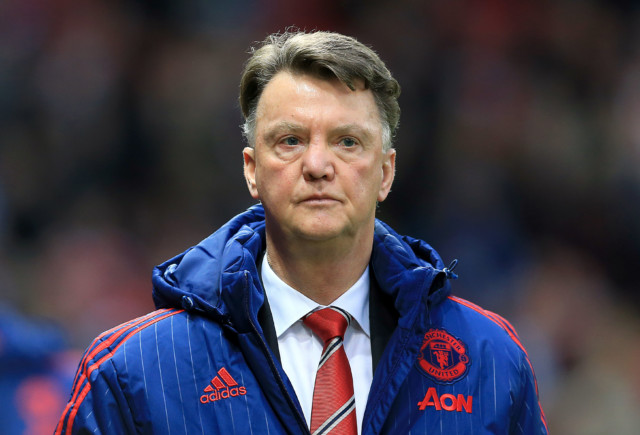 Van Gaal is one of the biggest names in football management, but even he struggled in Manchester

Watch the last two games – a win at Villarreal and draw at Chelsea.

Manchester United played like a third-tier team against a big gun in the FA Cup.

‘Hang in there lads and let’s see what we can get’. That’s where they are at.

If a coach that got all the players rushing to look him up on Wikipedia is going to change everything that quickly, then he is a genius.

First he needs to remind the captain Harry Maguire how to defend. Remind Luke Shaw that last season he was the best full-back in the world. Try to teach Aaron Wan-Bissaka how to cross.

Remind Scott McTominay that he can be one of United’s great midfielders – he has that in him.

Get Marcus Rashford back to being one of the best players going forward in the Premier League.

Stop Bruno Fernandes from having strops and get him to grab games by the scruff of the neck again.

Continue the work Michael Carrick has done in just two games by getting the best out of Jadon Sancho.

And please forget the nonsense that Cristiano Ronaldo does not fit. The guy is a goalscoring phenomenon.

United are currently a travelling circus and now there is a new ring leader in the big top.

It will continue to be entertaining. But top of the bill? Don’t hold your breath. 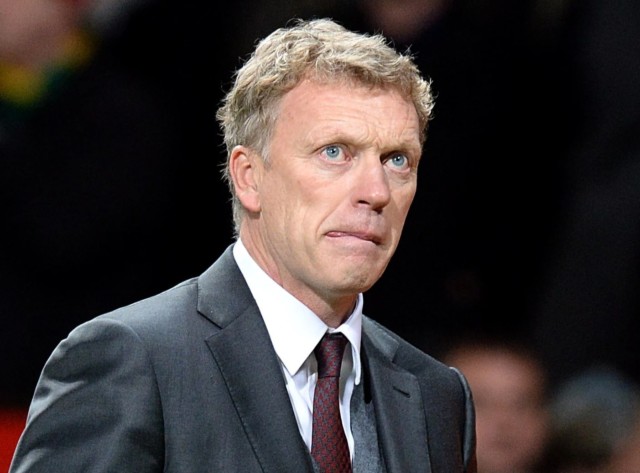