My £60million price tag is crazy… NOBODY is worth that but I won’t talk myself down, says Chelsea transfer target Gordon
Advertisement 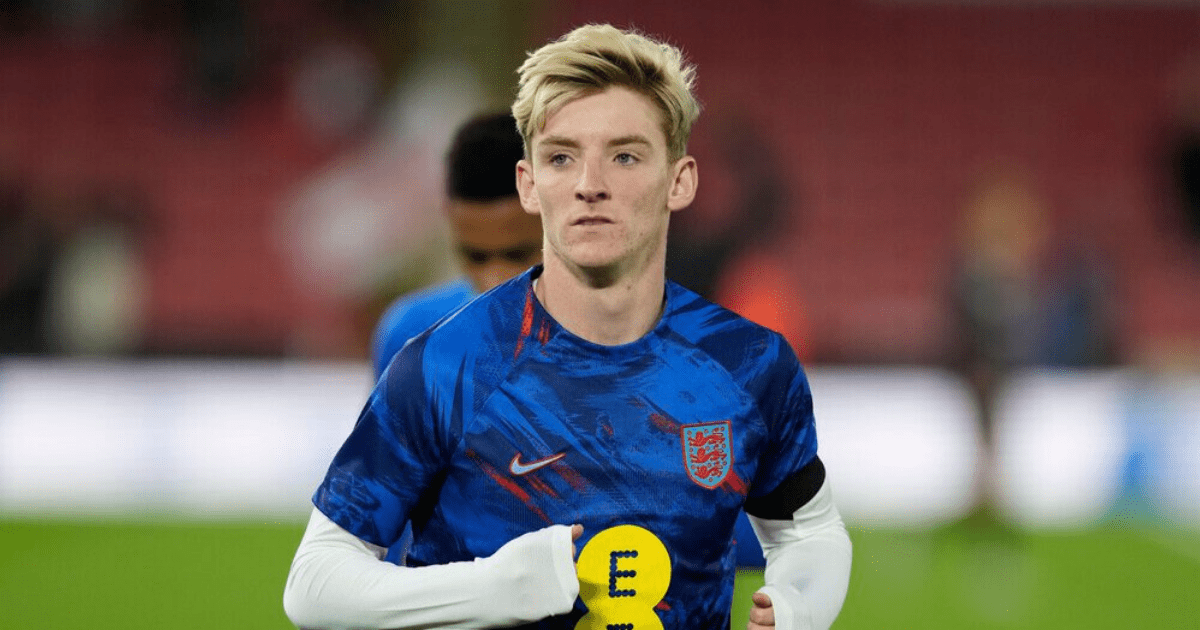 ANTHONY GORDON reckons transfer price tags like his own have gone “absolutely crazy”.

Chelsea had several bids turned down for the England Under-21 star this summer, with Everton unwilling to sell their prize asset.

Anthony Gordon is happy at Everton and keen to continue improving

It came in a summer when the Blues splashed £62million on Brighton’s Marc Cucurella and £70m on Wesley Fofana of Leicester.

Gordon himself is valued at around £60m but would never look in the mirror and arrogantly believe he is worth that eye-watering amount of dough.

The whizkid, 21, said: “The minute you do that, there’s only one way you’re going to go.

“You need to stay humble. You need to focus on today and tomorrow and don’t look too far into the future.

“The money in football, that’s just how it is nowadays. It’s absolutely crazy.

“I don’t think any player is worth that amount of money but I’m also not going to talk myself down.

“I wasn’t too focused on that because I can only control what I can control.”

Newcastle and Tottenham also showed interest in Gordon this summer but the winger was happy to stay put at his boyhood club.

He added: “When you’re doing well there’s always going to be that speculation.

“But because the place (Everton) is so good, it’s not a place where I’m, like, devastated because I have to stay.

“That’s never been the case. I was never desperate to leave Everton.”

To the contrary, Gordon seems to be loving life at Goodison Park this season.

He hailed his manager Frank Lampard for being “amazing” with him throughout the summer while transfer talk surrounded him.

While the fleet-footed forward believes summer signings such as Conor Coady and James Tarkowski have been crucial to transforming the mood around the club.

That pair already have had an effect on shoring Everton up at the back, with Lampard’s side conceding just six goals in seven league games so far this term.

If Gordon and Co can start banging in more at the top end of the pitch, then the Merseyside club should steer well clear of the relegation scrap they experienced last term.

Gordon added: “We’re in a completely different place to where we were last year. The place is class, I couldn’t speak more highly of it at the minute.

“The team we’ve got, the morale we’ve got around the place is unbelievable. So I feel really confident.

“We’ve made really, really good signings, people and players. Sometimes the people part can go a bit under the radar.” 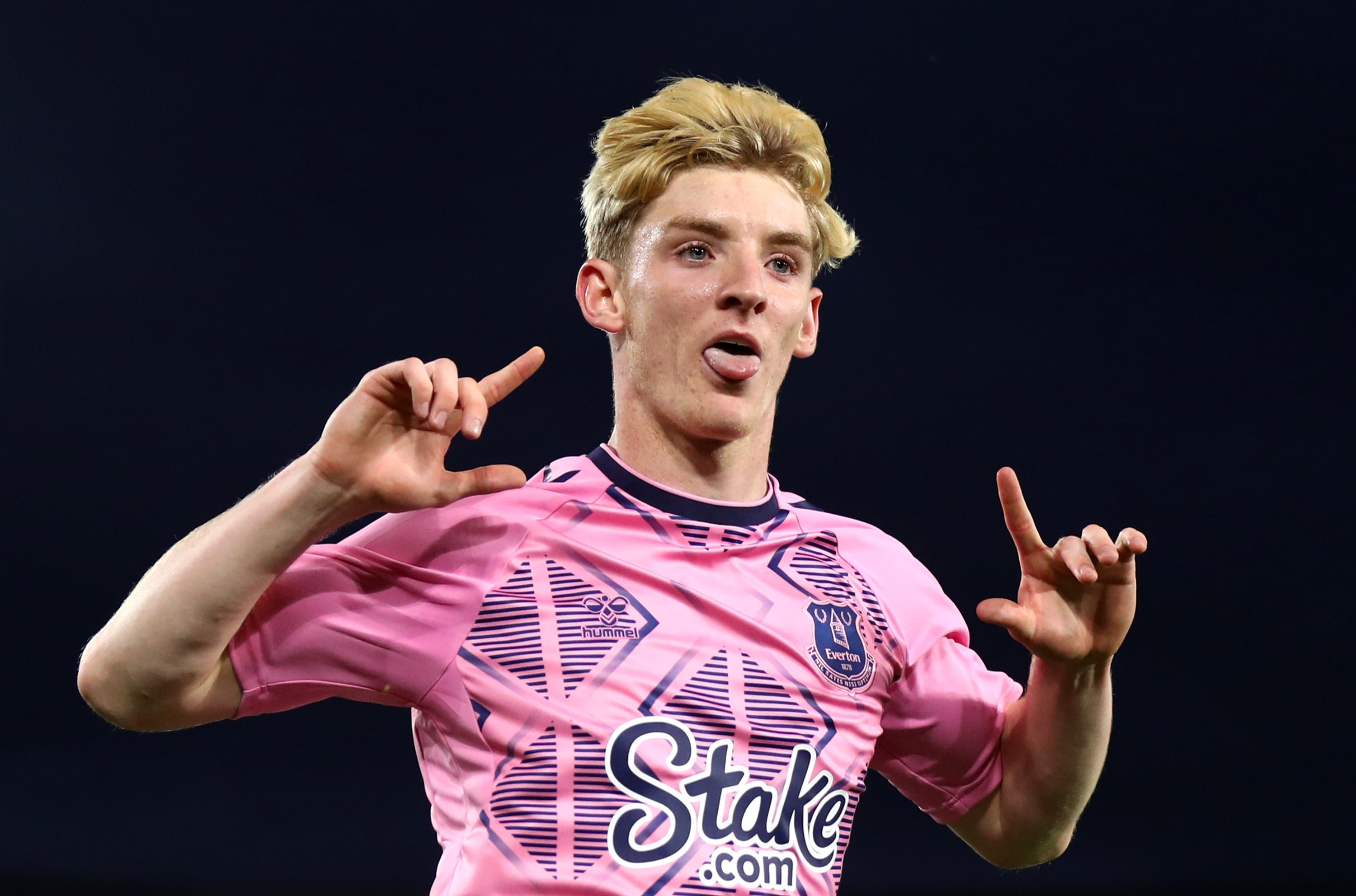 Chelsea had multiple bids rejected for Gordon in the summer

Gordon has not looked like a player struggling under the pressure of seeing his profile skyrocket in the last few months.

He has already netted twice this season, coming in back-to-back 1-1 draws at Brentford and Leeds in August.

The forward said: “I like playing with pressure. I thrive under it and my performances always rise with the pressure.

“If I want to be a top player, I have to do that regardless of if the pressure is there.

“I’ve handled that quite well but I can still get better. I can still score more goals and stuff.”

Yet Gordon knows he must considerably add to his tally between now and October 20 when Gareth Southgate names his England squad for the World Cup if he is to have any chance of realising his ambitious target of a shock inclusion.

He impressed on Under-21 duty at Sheffield United’s Bramall Lane on Tuesday night as Lee Carsley’s Young Lions came from a goal down to beat Germany 3-1.

His clever flick sparked the counter-attack that led to Flo Balogun’s equaliser. Gordon then superbly teed up Conor Gallagher as the hosts took the lead.

Southgate puts a lot of stock in a player’s attitude both on and off the field.

So Gordon’s pledge that he would still want to play in next summer’s Under-21s Euros even if he did go to Qatar will surely impress the Three Lions boss.

England have not won the competition for 38 years and have failed to make it out of the group stage in five of the last six tournaments, despite boasting players such as Phil Foden, Jordan Henderson and Harry Kane for some of those failures.

Gordon added: “If you look at the past players who have played for England in the Under-21s, they should have won some tournaments and it hasn’t been the case.

“In the back of our minds is we want to be the team to really go and do well.

“I see the camaraderie here similar to Everton. We really get on which is, I’m not going to say uncommon, but it’s difficult when everyone is coming from different clubs.

“We’ve got a really good group, we all interact with each other. Our football speaks for itself at times. When we’re on it, we’re unstoppable.”