Mykonos is the luxury hotspot loved by footballers like Maguire, Alli and girlfriend Ruby Mae with clubs and beaches
Advertisement 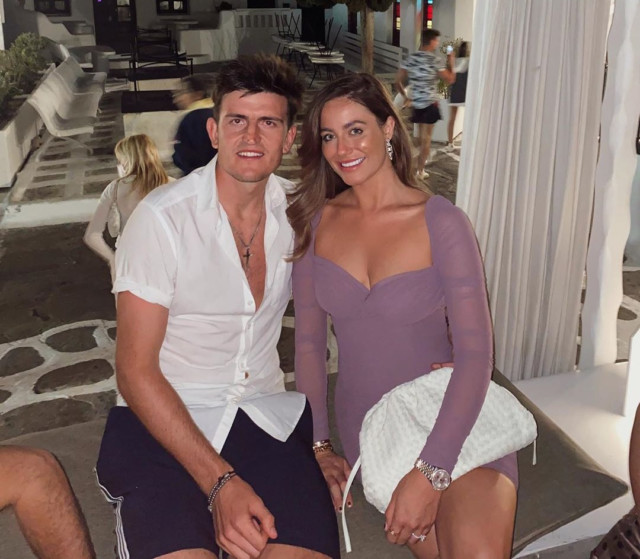 THERE’S no need to whisper it quietly, Mykonos is enjoying a renaissance among football’s elite.

The glorious Greek island that boasts stunning beaches and nightclubs played by world-renowned international DJs has become the go-to place for the Premier League’s best.

Harry Maguire and partner Fern Hawkins have been staying in Mykonos 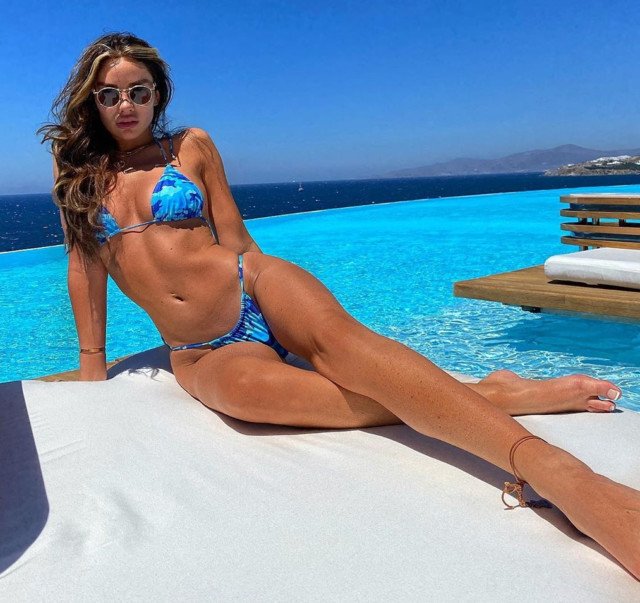 Particularly attractive this summer, because of its exclusion from the quarantine list (for now), England stars Harry Maguire and Dele Alli, plus Gunners pair Rob Holding and Callum Chambers have recently holidayed there.

Danny Drinkwater, Ben Chilwell, Jack Grealish and Tammy Abraham also jetted out at the end of their seasons.

And here’s what they’ve been enjoying.

After a long season on grass, nothing will beat the feeling of sand between the toes on the Platis Gialos Beach, while enjoying the searing heat.

Temperatures in August average 29 degrees during the day, with a low of 24 degrees in the evening.

So if you’re footballer looking for relaxation and a good tan, you can’t do any worse than Mykonos.

Ornos is another wonderful spot for peace and quiet, ideal for a footy star and his missus to sunbathe on and enjoy a dip in the sea.

But the beaches aren’t all about relaxation.

Just like Ibiza, Mykonos has its own party beaches – Paradise, Super Paradise, and Paraga.

At night these places come alive. 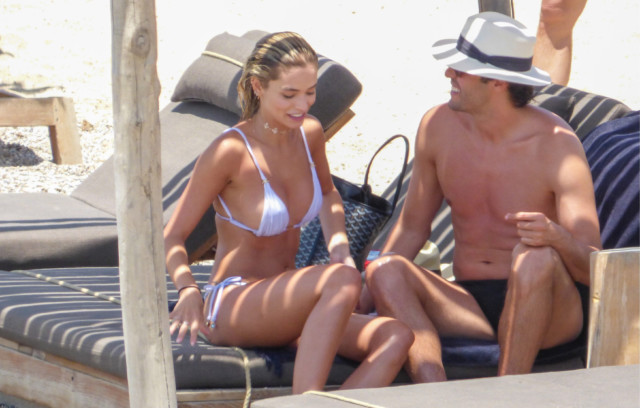 Footballers like Kaka are attracted to the beaches of Mykonos 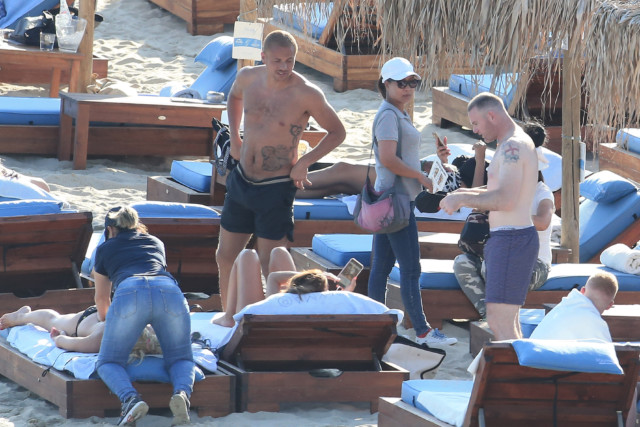 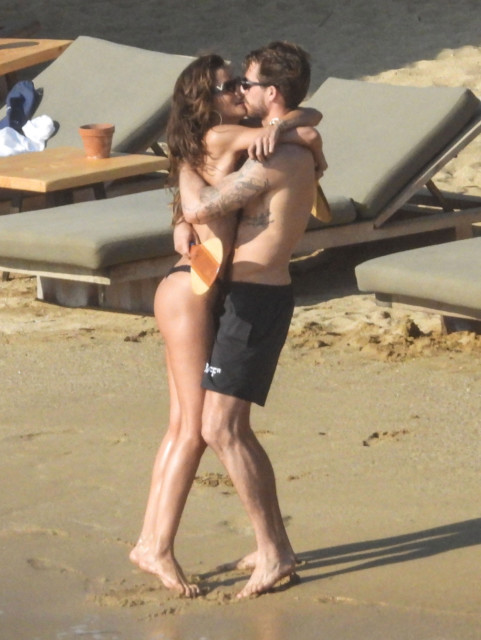 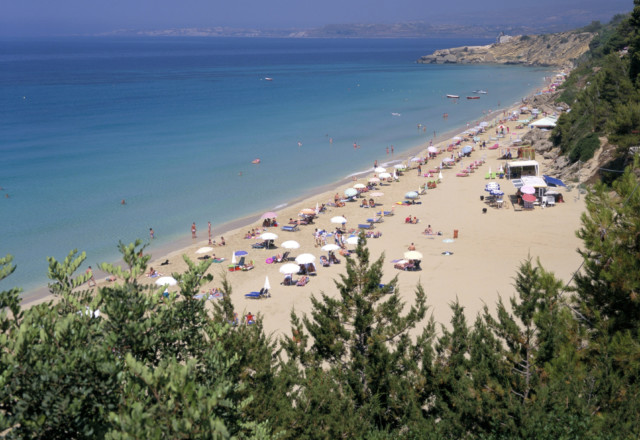 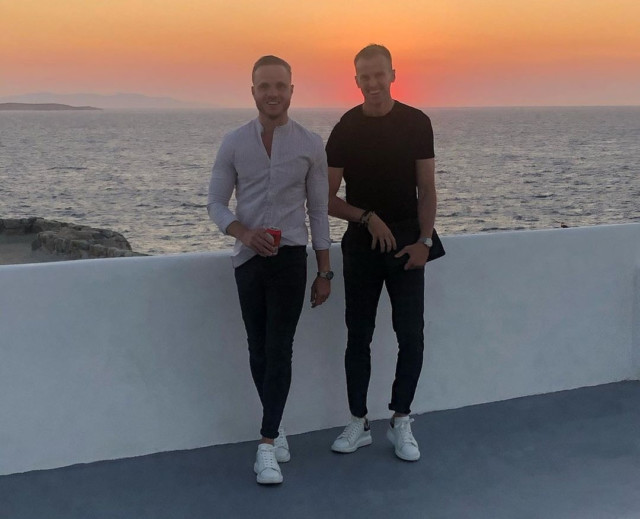 Of course, footballers love to let their hair down.

And they deserve it after giving their all for club and country.

Lucky for those headed to Mykonos, the nightlife on the island is off the charts – with incredible bars and exclusive nightclubs attracting the biggest VIPs.

Cavo Paradiso has been regarded as one of the meccas of the dance music scene since it opened its doors 27 years ago.

The likes of Calvin Harris, Carl Cox, Erick Morillo and Fatboy Slim have all played epic sets for punters at this superclub perched on a hill above Paradise Beach.

Then there’s the Bonbonniere Mykonos nightspot that’s become the place to be seen since 2015, and has attracted celebrities including Nicole Scherzinger and Lindsay Lohan.

It boasts the most expensive champagne on the island – delivered to your table in a giant Fabergé Egg. 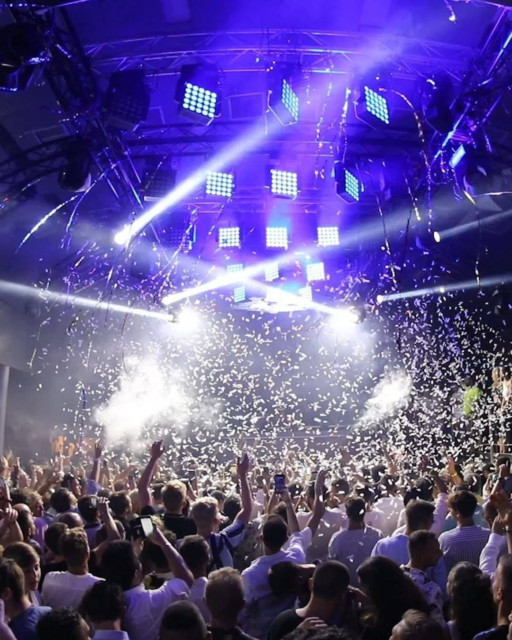 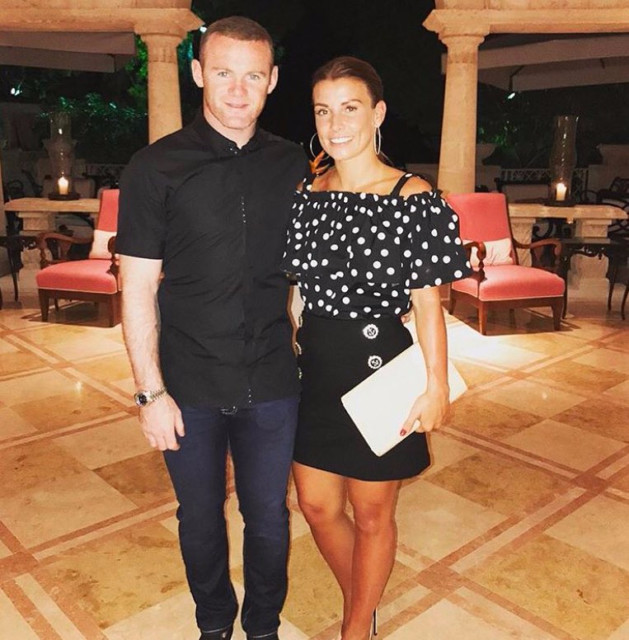 The Rooneys get ready for a night out on the tiles 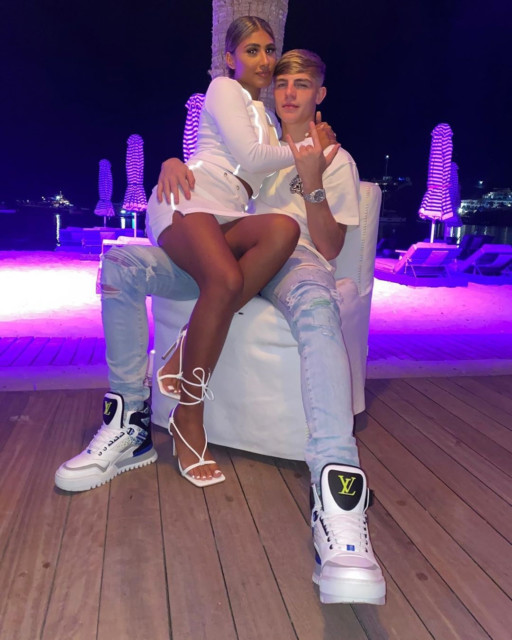 So any food-conscious footballer will take delight in indulging in the local cuisine.

The restaurant they tend to flock to is Nammos – a beachfront spot that offers a mix of Greek and Italian specialties, with the occasional Arabic dish tossed in for good measure.

The Nammos meatballs are a must, while lavish diners will wolf down lobster or crab at prices as much as £100-per-head.

Standard mains start at around £18, with light sushi also available. It’s not cheap, but you are amongst the jet-set. 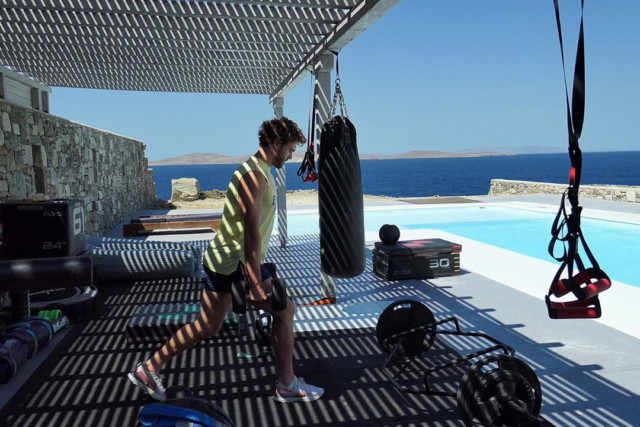 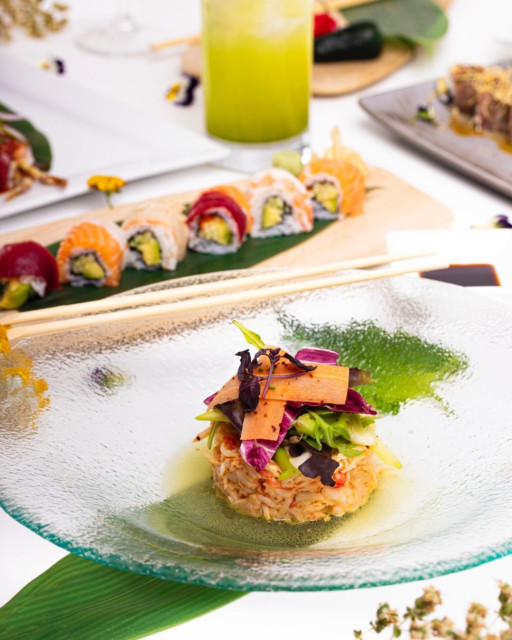 When Dele Alli and his beautiful girlfriend Ruby Mae stay on the island, they opt for the exclusive KENSHŌ Boutique Hotels and Villas in Ornos Beach.

And they aren’t the only famous faces to have dropped into the five-star resort.

Over the years supermodels Bella Hadid and Alessandra Ambrosio have soaked in a hot tub or relaxed by their private pools found with their suites.

And you’d have to be earning footballers’ wages to stay here. 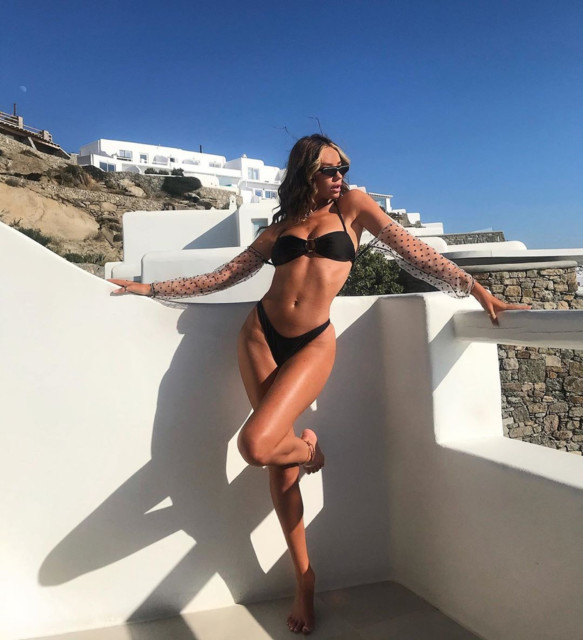 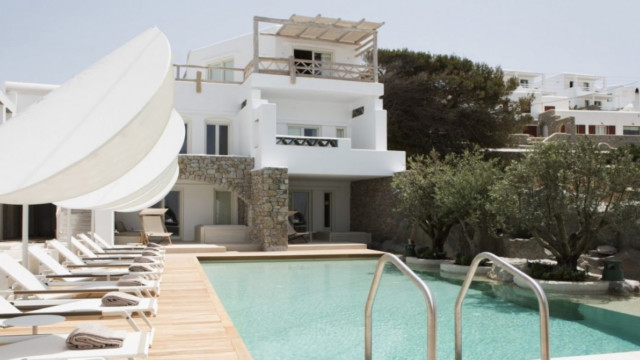 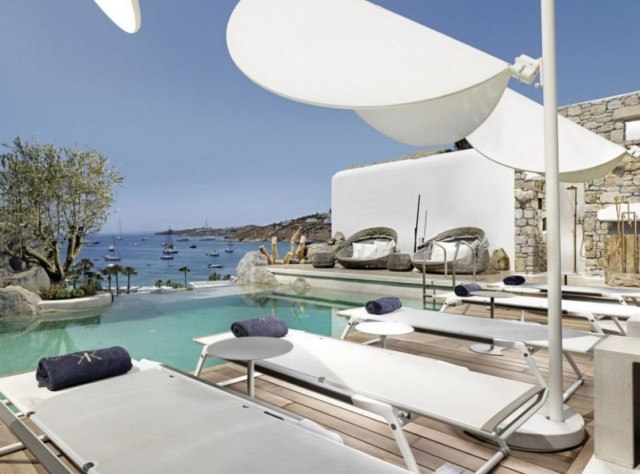 With prices starting at around £550-per-night, that won’t make a dent in Alli’s £100k-per-week salary. 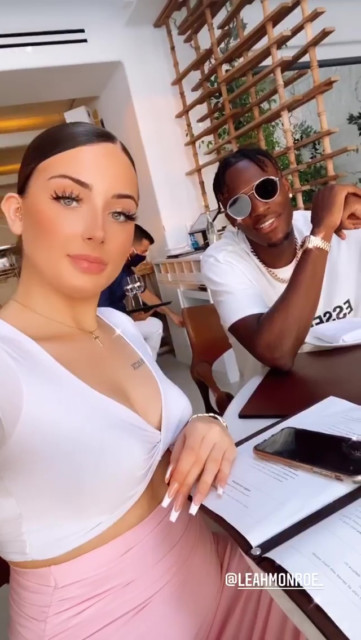 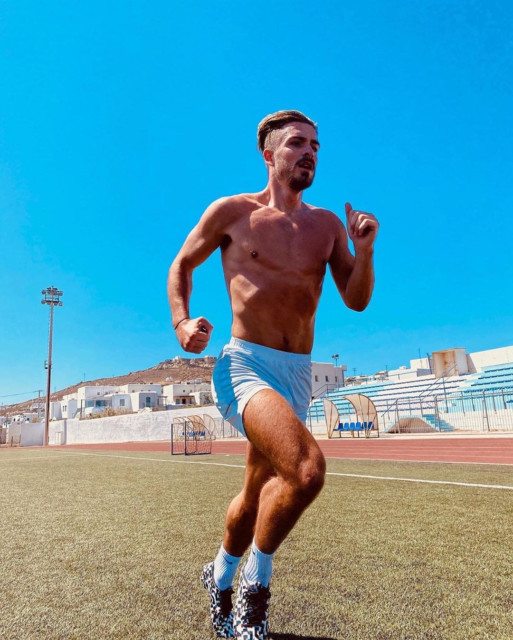 Jack Grealish spent time at a training camp on the island 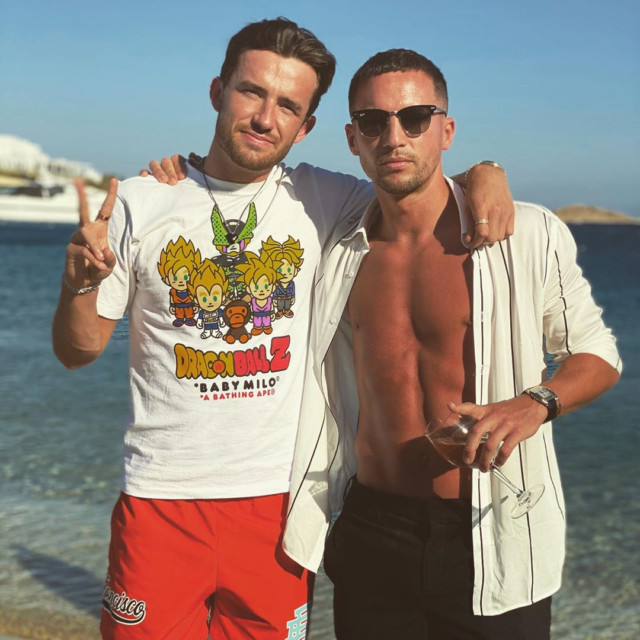 Danny Drinkwater and Ben Chilwell met up in Mykonos
In this article:chelsea, manchester united, premier league