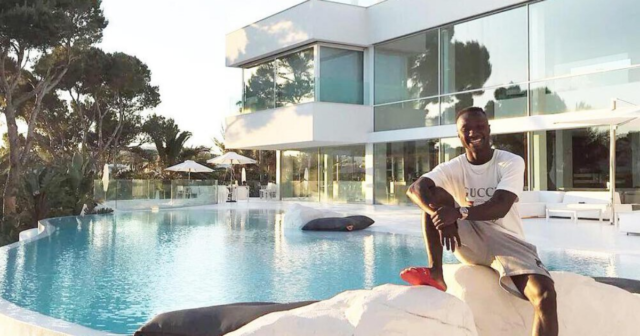 HE wore a Liverpool jersey as a kid, but Naby Keita can’t have imagined he would be putting on a Reds shirt for real in a Premier League match while growing up in Guinea.

The midfielder joined Liverpool in a £52.75 million deal from RB Leipzig three years ago.

A box-to-box midfielder with great control, a tireless runner and the ability to find the back of the net, the 26-year-old is blessed with talent.

But despite being born with a natural ability and steely determination to make it as a footballer, his pathway wasn’t always the easiest.

Growing up in the poor and politically unsafe surroundings of Conakry in Guinea, Keita would play barefoot in the streets, dodging traffic and occasionally getting bumped by cars.

It’s that grounding that has made Keita the competitor he is, hungry to reach the top no matter what stands in his way. 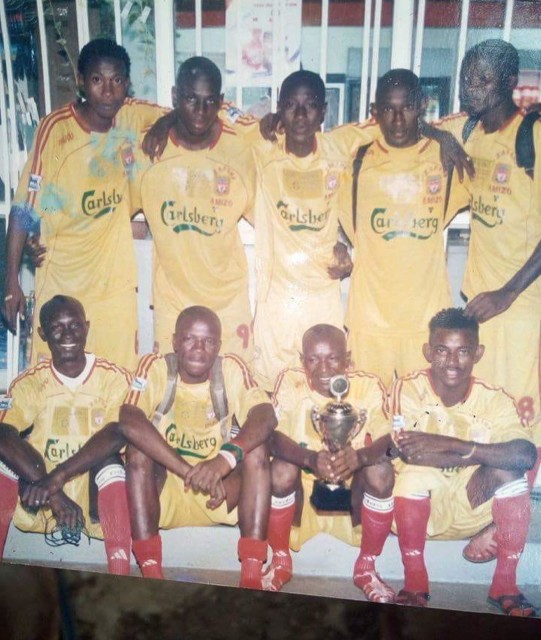 As a kid, Keita grew up a Liverpool fan 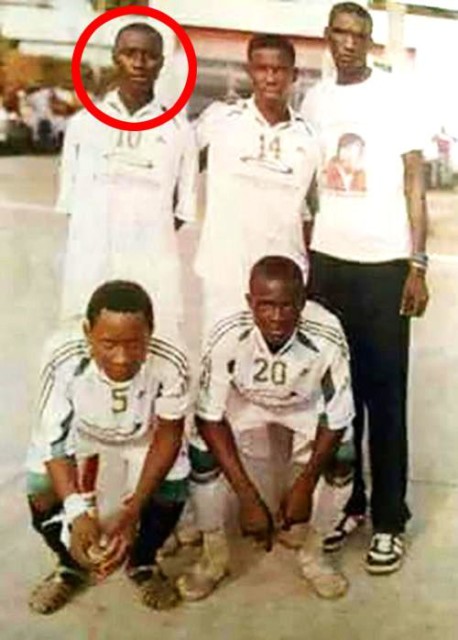 “We played with whatever we could and I would have nothing on my feet, or sometimes, play with old, damaged shoes,” he told Goal.

“I didn’t have boots and treasured football shirts that were given to me. All that has helped me be better prepared for anything now as a professional and I’m also not scared of anything on the pitch.

“I was quite small and so I had to fight for everything: the chance to play, for the ball, to get respect and that’s why not even cars could stop me.

“It’s where the aggression in my game, which is so important for my position, comes from.” 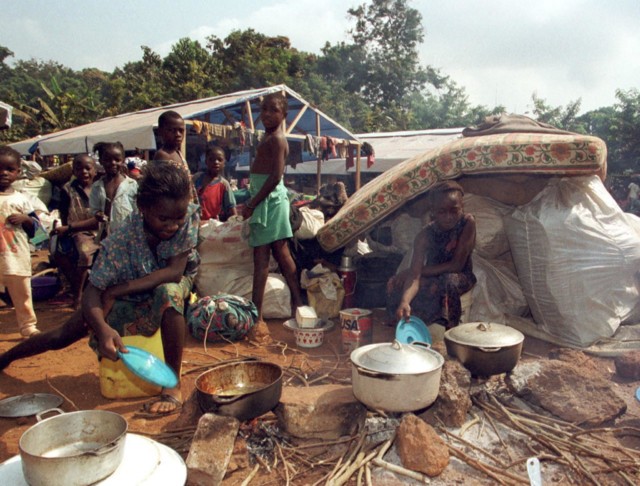 Growing up in Conakry was hard for many Africans, including these refugees from Sierra Leone 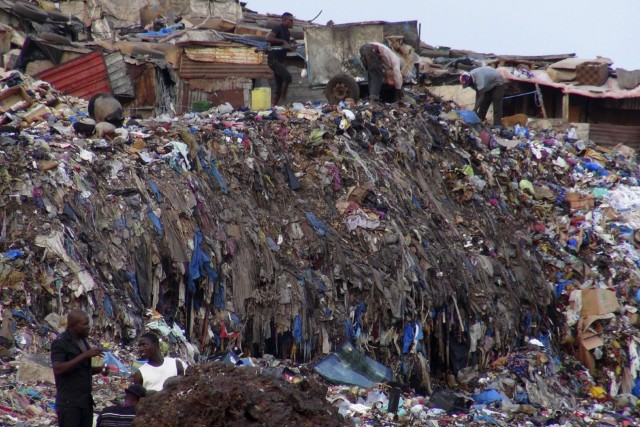 Conakry residents sort through garbage at an open-air dump 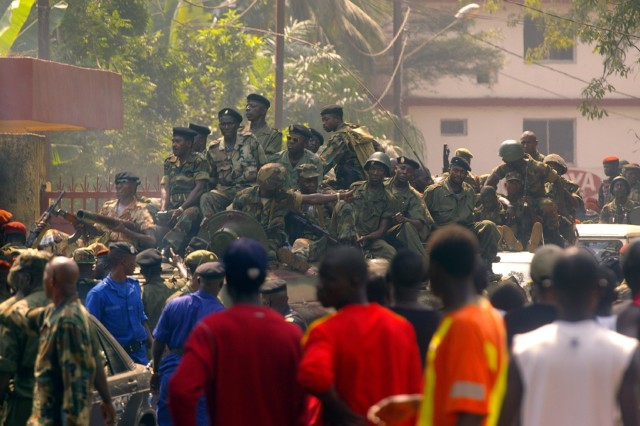 When Keita was 13-years-old, Guinean army officers attempted a coup

His mum Miriam and dad Sekou were sure their son was destined to become a pro, especially since he would kick anything that moved.

“She has told me that anything that would fall from the table, whether it was a bottle of water or an orange, I would dribble with it,” he laughed.

“Whatever was on the floor that I could kick, I would entertain myself with it. No matter where she would take me, I would do this.”

Aged nine, he joined Horoya AC – a local team in the area, where he was recognised as the best player in his community. 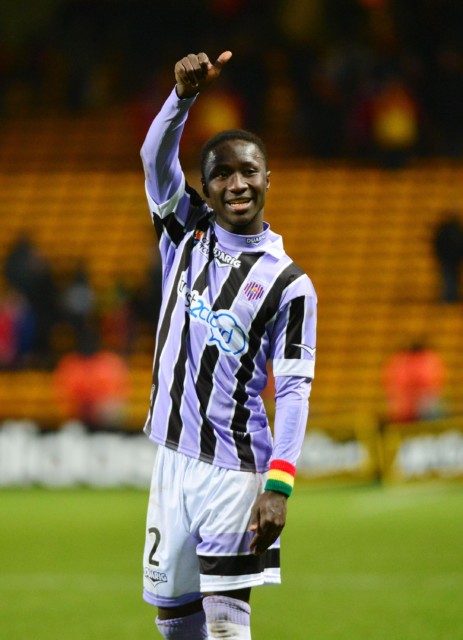 After a series of rejections, Keita signed for FC Istres aged 18 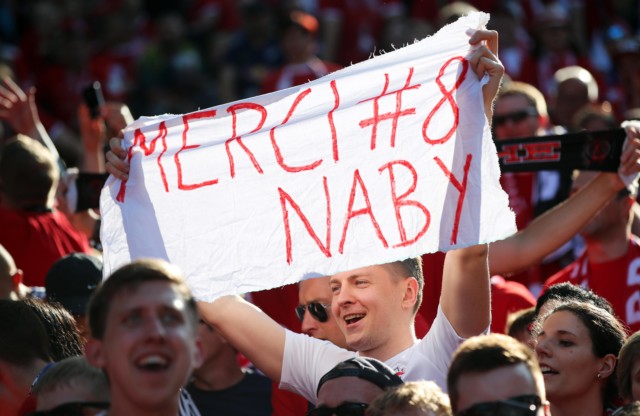 Young Keita was advised by African scouts to move to Europe, because that was his best way of getting noticed. But he wasn’t so sure.

It was only when he started watching the Premier League on TV when he was 12-years-old that he knew he wanted to play at the highest level.

“It was impossible to do that at home, so it was clear that I would have to test myself in Europe,” he revealed.

“I was determined to become a footballer, not only because I loved the game, but so I could provide for my family.”

Ironically, Keita has already worn a Liverpool shirt. His mates all followed the club religiously and his father is a big supporter.

“As far back as I can remember, he has been talking about them. Before I even knew what Liverpool was as a kid, he was mad about them.

“Of course, when he found out about their interest and when the deal for next season was done, he was delighted.

“He wanted to speak about Istanbul, Steven Gerrard and every other big game or player of the club.”

As soon as he was old enough, Keita headed to France aged 16 where he embarked on several unsuccessful trials to prove his worth.

He admitted he questioned whether or not he’d make it after he was rejected by various clubs, including Lorient.

Street player Keita also confessed that he struggled to understand what coaches wanted from him when he was trying to showcase his skills.

“I did wonder if I would ever make it. It was such a tough time,” Keita said.

“You have your dream within touching distance, then it falls through and you have to start from the beginning again.

“I was never exposed to the professional side of the game.

“I didn’t grow up in an academy, everything I knew was from the street. I would get the ball, I would run with it, show some skill to beat a player and score. 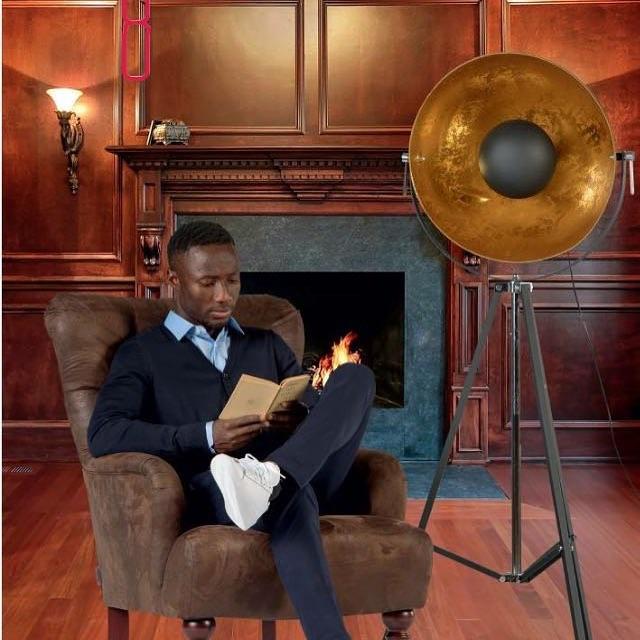 Keita made it the hard way, without any experience of academy football

“During these trials, coaches were asking me to do things I’d never heard of! They were using football terms that I couldn’t understand and giving instructions that I had no clue about.

“I didn’t know about tactics and when I was rejected that is what I was told.”

The first club to take a shine to Keita were cash-strapped Le Mans who wanted to sign the African schemer when he was 18.

But, they couldn’t push through a deal because they were on the verge of bankruptcy. And then, fate stepped in. 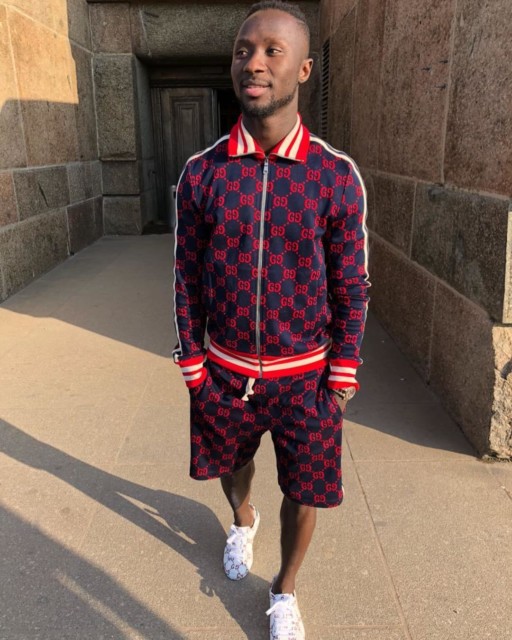 From rags to riches, Keita shows off his Gucci tracksuit on Instagram

The Guinean was recommended to former Hibernian midfielder, Frederic Arpinon, who was Sporting Director for FC Istres, based in the South of France.

Keita was subsequently offered a trial and he instantly impressed. He was signed up immediately and the move began his ascent in the game.

Within a year, he found himself at Austrian club Red Bull Salzburg playing alongside Sadio Mane, and teamed up with him at Anfield once again.

“He helped me with everything – the language, making friends, understanding the club and the city,” he said. 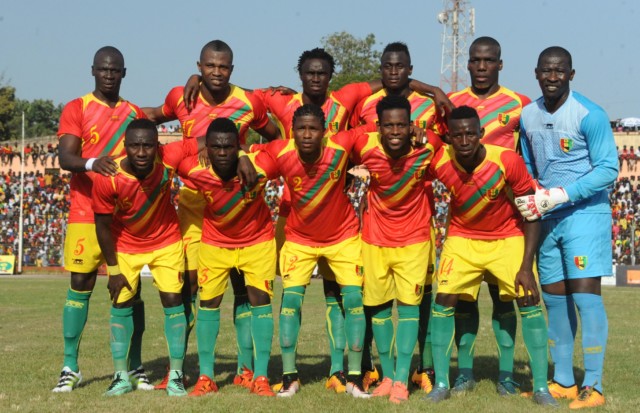 It’s been a meteoric rise for Keita since 2012 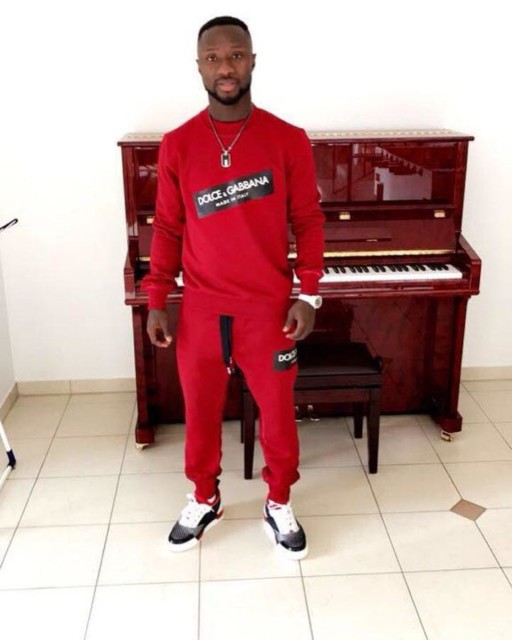 Now earning big money, Keita can afford to kit himself out in designer outfits

“Salzburg improved me as a player and I learnt so much there, I got a really tactical education.

“Sadio was important for me, he still is! To me, he’s my big brother. He really likes to learn new things, to improve and to push himself and we are the same in this way. He’s a good example for me.”