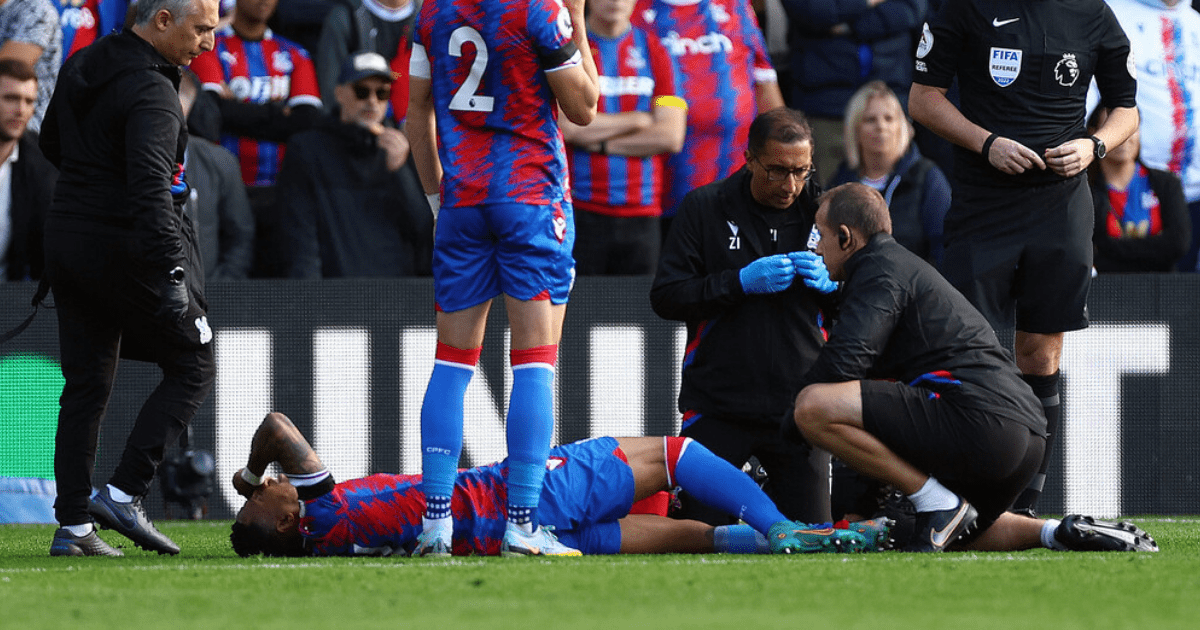 NATHANIEL CLYNE has been stretchered off after an awkward challenge with Thiago Silva.

The unfortunate Crystal Palace full-back was replaced on the stroke of half-time during his side’s clash with Chelsea.

The Palace full-back was stretchered off

Silva, 38, had been lucky to still be on the pitch, after deliberately handballing to prevent Jordan Ayew from running through on goal.

The Brazilian got away with just a yellow, and moments later assisted the Blues’ equaliser, heading down for Pierre-Emerick Aubameyang to open his account for the West Londoners.

After an unfortunate landing following an aerial challenge with Silva, Clyne was left writhing in agony and required urgent attention before being stretchered off.

Palace boss Patrick Vieira was furious after the incident, receiving a yellow card for his protestations.

Clyne, 31, has been a regular for the Eagles this term and they will hope his injury is not as serious as first feared.

He missed 50 games with a back injury during the 2017-18 season, before going on to rupture his cruciate ligament during the tail end of his Liverpool days.

Odsonne Edouard had gotten Palace off to a dream start at Selhurst Park, netting in the seventh minute of former Brighton rival Graham Potter’s first Prem game in charge of Chelsea.

Aubameyang then levelled in the 38th minute of the spicy affair with a sweeping finish on the turn.

Chelsea had a great chance to take the lead moments before half-time, when Palace were penalised for a back-pass in the penalty area.

But mid-week Three Lions hero Mason Mount could only shoot into the side netting.

Did you miss our previous article…
https://www.sportingexcitement.com/football/premier-league/fabregas-says-william-saliba-can-be-arsenal-defender-for-next-20-years-as-he-goes-720-mins-without-being-dribbled-past/