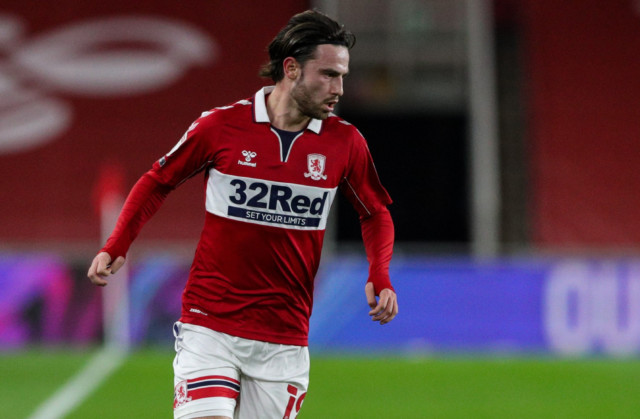 The forward, 23, rejoined Boro in October after he impressed in helping them beat the drop last season.

Patrick Roberts will have talks over his Boro future next month

But he has struggled for game time in the Championship this term, starting just three times with a further four appearances off the bench.

Warnock admits the ex-Celtic starlet is frustrated with his lack of action.

The Boro boss is desperate to add to his squad once the transfer window re-opens, targeting at least two new forwards.

That could push Roberts, who Warnock has admitted he has doubts over his defensive duties, further down the pecking order.

But the 72-year-old insists he will not be pushed into sending the former Fulham ace back to City so he can head out elsewhere.

Warnock said: “I’ve got to have a talk (with Roberts). There’s two or three lads that have not really had an opportunity, and everybody wants to play.

“They all want to be involved, and I have to manage that as I see fit.

“I’ve got to speak to the players and see how they feel, but first and foremost, I’ve learned my lesson over the years, I’ve got to look after the club.”

He added: “I can’t be swayed just because an agent rings me up or a dad of one of the players says, ‘He’s got to leave or go out on loan’ – I can’t be working on that.

“I’ve got to look after the club first at this moment in time because it’s a difficult period.”

Roberts cut a frustrated figure on Saturday when he was handed just three minutes as a late substitute in the 3-0 win over Millwall.

And he is expected to be named on the bench tonight when Luton visit The Riverside Stadium.