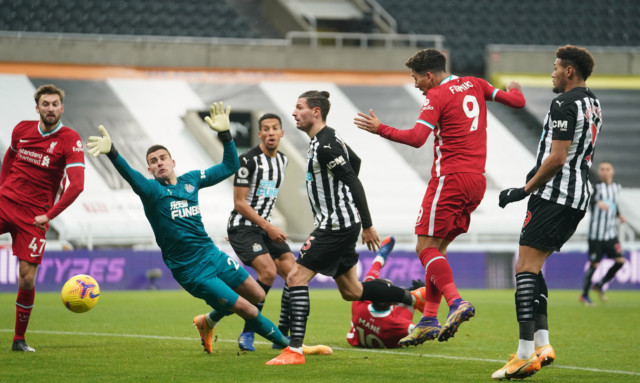 Manchester United – it’s over to you.

Liverpool may well be heading into the new year top of the tree for the third successive year.

Newcastle keeper Karl Darlow kept Liverpool out all the way, with Reds striker Roberto Firmino foiled at the deathBoss Jurgen Klopp shows his frustration as Premier League leaders Liverpool struggled in vain for a breakthrough 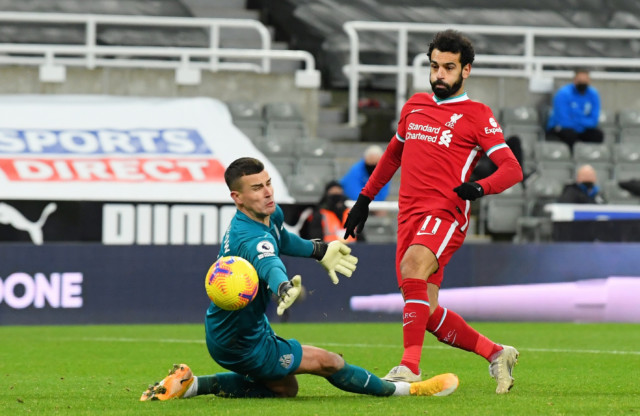 But just two points in four days against West Brom and Newcastle – and a sixth draw of the season – leaves the door open for their bitter rivals.

If they win against Aston Villa tomorrow, the champions will be clinging onto first place by goal difference.

Victory at St. James’ Park would have seen them five points clear.

But, while Jurgen Klopp’s side had the best chances, Newcastle – just like the Baggies – were good value for a point.

Mohamed Salah was denied superbly by Karl Darlow early on and fired wide with the goal gaping on his usually deadly left peg.

The Mags keeper was heroic all night, keeping out two Roberto Firmino headers.

And Fabian Schar somehow kept the Reds out late on with a remarkable goal clearance.

But overall it was another disappointing showing from Liverpool against a side they usually beat without getting out of second gear. 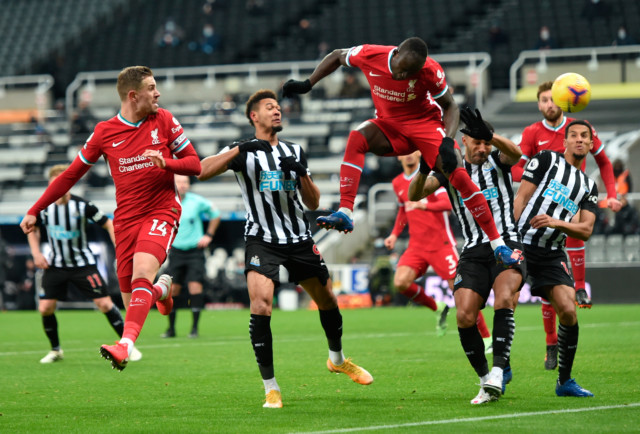 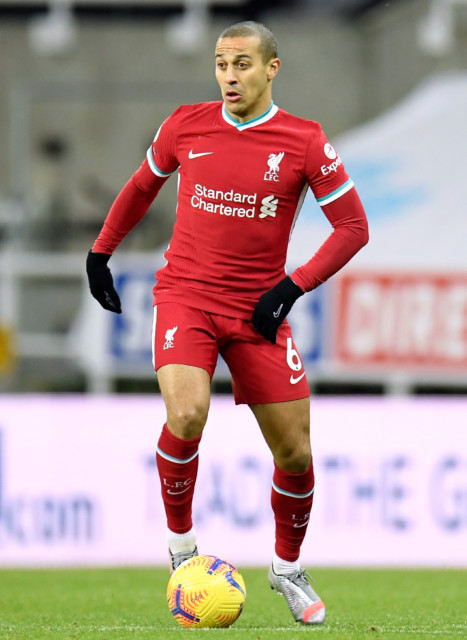 Liverpool at least saw the return of star summer signing Thiago after injury, on as a late sub 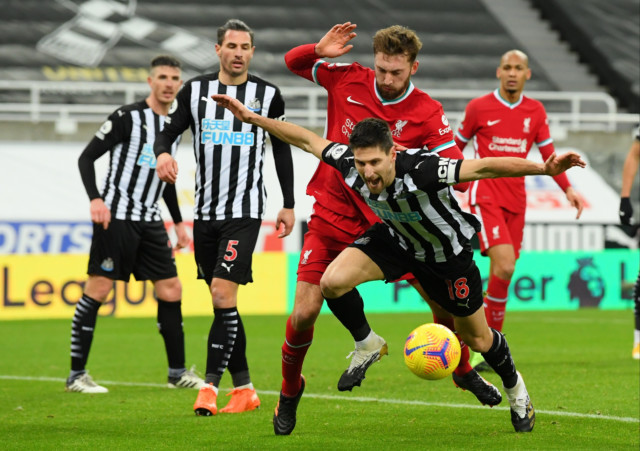 And their form away from home is becoming more and more of a concern, with just four wins from their last 14 matches.

Toon boss Steve Bruce turns 60 today and, after the most miserable of festive periods, even his harshest critics might leave off for a day or two.

They had their chances too, with Alisson springing to the rescue late on to keep out Ciaran Clark’s header.

Toon talisman Callum Wilson was back having been rested for the 2-0 defeat to Manchester City, replacing Miguel Almiron.

Klopp’s injury woes at the back show no signs of relenting, with Nathaniel Phillips replacing the crocked Joel Matip for his third league start.

And there was panic inside two minutes when Wilson’s miscued cross from the right saw Alisson frantically back-pedalling to tip it over the bar.

For a side that barely gets out their own half against the big boys, the Mags were practically purring. 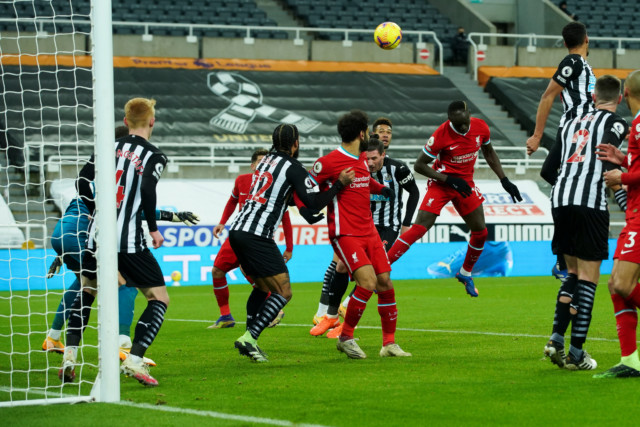 While they look prime relegation candidates without him, with Wilson they will always carry a goal threat.

And having already bagged eight league goals, the ex-Bournemouth striker will have been raging not to have scored 13 minutes in.

Played in down the left, the 28-year-old had too much pace and power for Phillips, brushing him off with ease.

The angle was against him but, one-on-one, you still fancied him, with the Reds only saved by Fabinho’s last-ditch block.

DeAndre Yedlin was next, scuffing well wide having found acres of space on the right of the box.

While Brucey did his best Sean Dyche impression on the touchline, growling and snarling at his troops to get stuck in, Klopp could not have been more chilled.

But the champions, as they were against West Brom, were completely off the boil early on.

The Newcastle defence – who must have been expecting a wicked backlash after two dropped points to the Baggies – barely had to lift a finger.

But, as the half wore on, Liverpool eventually joined the party and were only denied a lead at the break by two superb Karl Darlow saves. 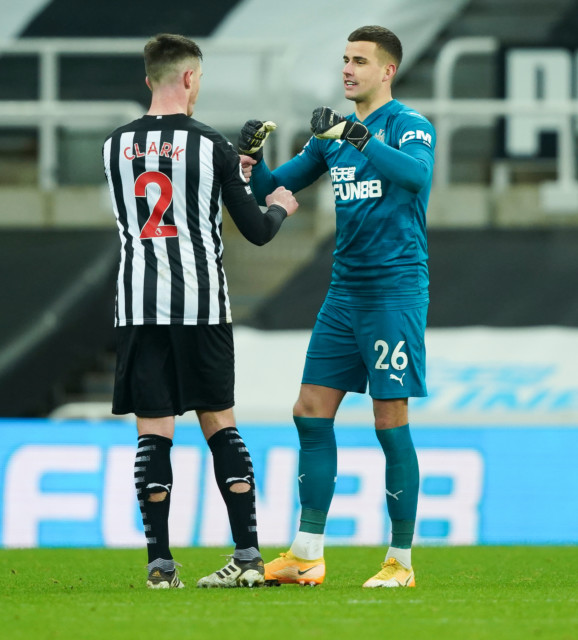 First up was Mohamed Salah, played in over the top by Jordan Henderson, but Darlow somehow got a hand to the Egyptian’s shot and sent it agonisingly wide.

And just before half-time, Darlow – the Toon’s star man nearly every week – leapt to his right to beat out Roberto Firmino’s header.

Sadio Mane flashed a header wide from a corner in the 53rd minute, but Brucey’s boys were still well in it.

While Liverpool were pinning them deeper and deeper with over 70 per cent possession, the threat was always there with the right ball up to Wilson and willing runners.

But as resolute and uncharacteristically ambitious as they were, Klopp’s side had the best chances to win it.

They were getting closer, with Firmino heading just wide of Darlow’s goal with 20 minutes remaining.

Having missed the last two months through injury, Klopp called on Thiago Alcantara from the bench for just his third appearance.

At the other end Clark thought he had snatched a famous victory late on, with Alisson expertly down to his left to keep the header out.

But as the clock ticked on it was desperate stuff at the back for Newcastle.

And they were indebted to Schar’s clearance at the end to deny Sadio Mane before Darlow bailed them out again with a superb stop to deny Firmino.