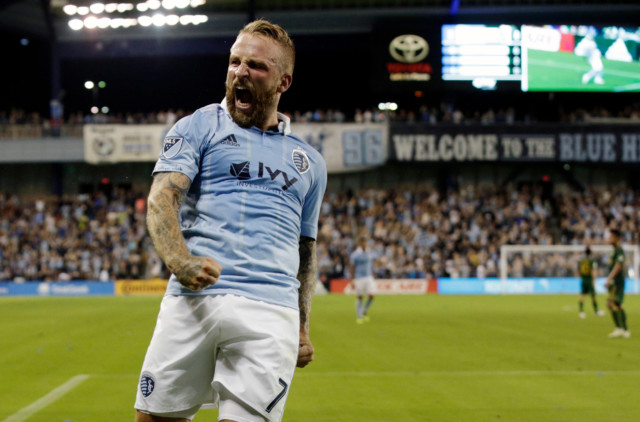 The 31-year-old Scot has been one of the most consistent performers in the MLS over the past couple of seasons and has caught the eye of scouts in England.

Russell is out of contract at the end of the current American season and would be a cut-price option for Newcastle boss Steve Bruce to add to his options next season.

Fulham and the Blades have also enquired about the forward, who has scored 25 goals in 84 appearances for Kansas since moving Stateside in 2018.

Both clubs know they will have to rebuild their squads following relegation from the Premier League this season – but budgets are restricted as a result of the pandemic.

So Russell has emerged as a serious option for both, although should Newcastle follow up their initial interest then it would be hard to beat off the offer of top flight football.

The Magpies have become hugely reliant on Callum Wilson for goals.

The former Bournemouth man has scored 12 this season, with his absences through injury seriously hurting the team.

Joe Willock, who arrived on loan from Arsenal in January, has scored six, with Miguel Almiron the next highest scorer on four.

At Fulham, a lack of goals has been their biggest issue this season.

Talisman Aleksandar Mitrovic has failed to fire this season but SunSport revealed the Cottagers want him to stay this summer despite suggestions he may want to quit if Scott Parker – who has regularly left him out of the starting XI this term – remains in charge next term.