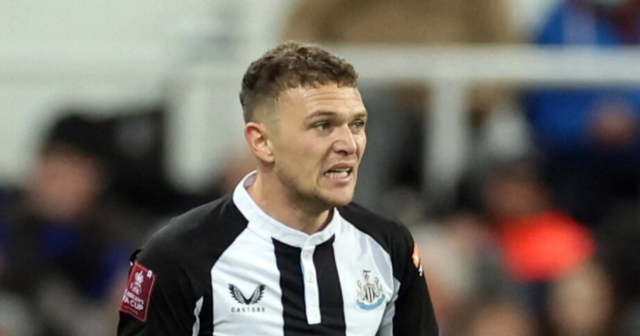 The England right-back arrived from Atletico Madrid earlier this month for £12million, signing a two-and-a-half-year deal.

But despite sitting one point off safety, Trippier, 31, reckons Toon’s new mega-rich Saudi owners can leave them challenging for domestic AND European honours by the end of his contract.

He said: “I don’t want to look too far ahead but I’m hoping this season we stay up and then kick on.

“With the owners we’ve got and the plans they’ve got in place for where they want to go, then of course it’s achievable.”

Manchester City won the title in their fourth season after Sheikh Mansour bought the club in 2008.

“The owners here know where they want Newcastle to be.”

The Red Devils were courting him after the Euros but were unwilling to pay his £30m release clause.

And Trippier added: “After the Euros, there was really strong interest.

“I’ve got to be careful what I say because I don’t want to get into trouble, but yeah, there was interest.

“We had conversations, but Atletico Madrid just wanted my release clause and it was a lot of money for a 30-year-old, so I understand why Manchester United didn’t do that.

Did you miss our previous article…
https://www.sportingexcitement.com/football/premier-league/ngolo-kante-fabinho-declan-rice-and-rodri-among-worlds-top-defensive-midfielders-but-whos-best-according-to-stats