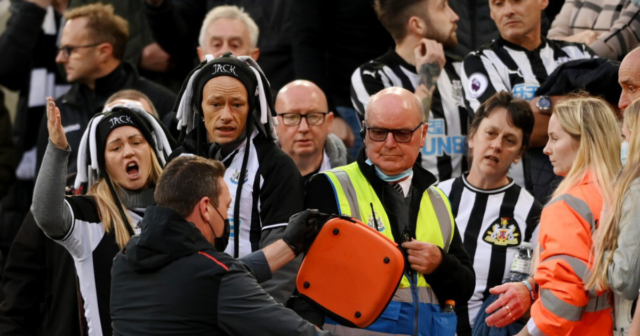 NEWCASTLE have confirmed the supporter who suffered a suspected heart attack in the stand during the game against Tottenham is ‘stable and responsive’ in hospital.

The Premier League clash was halted after a male fan was taken ill just minutes before half-time.

Spurs star Eric Dier ran over to the dugout to ask for a medical staffer to bring a defibrillator onto the pitch.

The England centre-half had been alerted to the incident by team-mate Sergio Reguilon.

Players from both sides were then told to go to the sidelines as the crowd fell into silence.

After the man was transported to hospital, the club moved to update fans on Twitter.

A short statement read: “NUFC can confirm that a supporter who required emergency medical treatment during today’s game at St James’ Park is stable and responsive in hospital.”

The incident happened two minutes before half-time, with Tottenham 2-1 up at St James’s Park against the recently taken-over Geordies. 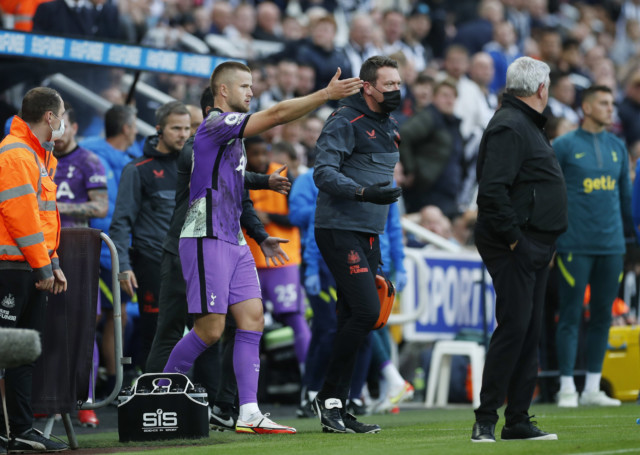 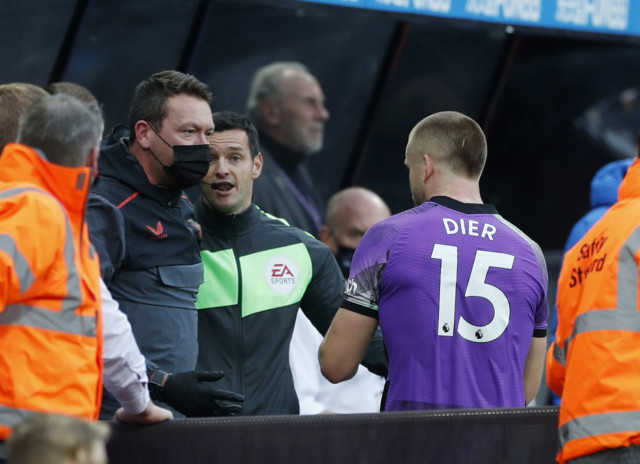 The players reacted superbly to the medical emergency

The players were then told to return to the changing room as treatment was being administered.

The crowd and players reacted swiftly to call for medical attention, and referee Andre Marriner soon realised it was a medical emergency.

After around 20 minutes the man was moved by the medical teams, and the crowd burst into applause.

After the game, Reguilon revealed although he was happy Spurs picked up three points, he was more relieved to hear the supporter was in a stable condition.

The Spanish defender told Match of the Day: “I think three points is always a moment of happiness but for me more important is the guy (the supporter who received medical treatment), they are telling me he is OK and stable.

“I saw the fans waving and I saw a guy lying down, I saw something wrong had happened. I looked at the gaffer and he stopped the match. I think now everything is OK and 100 per cent happiness.

“It was very strange, we went to the dressing room and I was looking at the man lying down, I was nervous because I don’t like to watch that.”

Newcastle boss Steve Bruce was full of praise for the ground staff and supporters after the match.

He said: “Everybody in the ground deserves credit. I hear the man is okay, thankfully, so it puts things in to perspective a little bit.

“It looks like good news, so I’m delighted for his family.”

While Spurs boss Nuno Espirito Santo praised his players Dier and Reguilon for their swift actions.

“It was instinctive, immediate, form Eric Dier and Sergio Reguilon, their reactions. We know that he is stable and that is good,” he revealed.

Tottenham captain Harry Kane passed on his well wishes from the Spurs players.

“Firstly we want to say best wishes to the guy in the stands, it was not a good sight to see,” he said.

“We hear that he might be stable now, so we’re thankful to the medical teams and the fans who were doing the CPR.

“Hopefully he’s OK and we wish him all the best from all the players at Tottenham.”

Callum Wilson spoke of the disturbing nature and seriousness of the stoppage.

“I think it was massive really, the crowd was fantastic, they alerted everyone,” the Newcastle striker said.

“It was disturbing to see the guy like that, we wish him well and wish him a speedy recovery.

“You could here fans whistling, shouting, then we saw the space clear where this guy was receiving CPR and then you know how serious it is.”

Back in the Sky Sports studio, an emotional David Ginola, who suffered a heart attack while playing in a charity game in France in 2016, appeared distressed.

He, along with fellow pundits Jamie Redknapp and Kieron Dyer took the moment to stress the importance of having defibrillators at games, saying it was ‘vital’.

“Having people in the stands as well being able to perform CPR helps massively because waiting for the defibrillator you need to perform CPR.

“We should all be informed to perform CPR to help each other.”

The game finished 3-2 to Spurs to sour Steve Bruce’s 1,000th game in charge, in front of his new billionaire bosses. 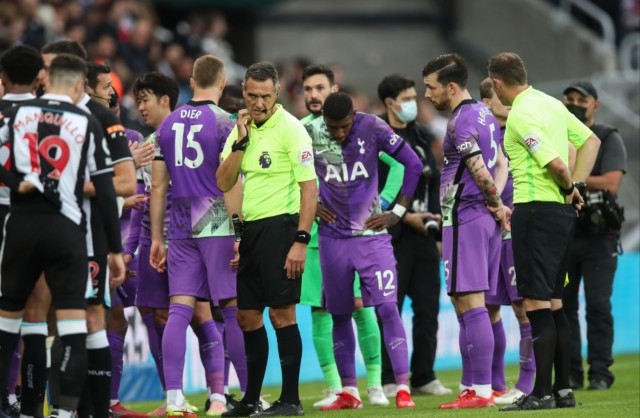 Once the poorly man was taken into the ambulance, the players returned to the pitch to play the final two minutes of normal time and seven of injury-time.

In that period of play visitors Spurs took a 3-1 lead into half-time when Son Heung-Min netted from Harry Kane‘s pass.

Jonjo Shelvey was later sent off for the home side before Dier turned in an own goal, but Spurs held on for all three points.