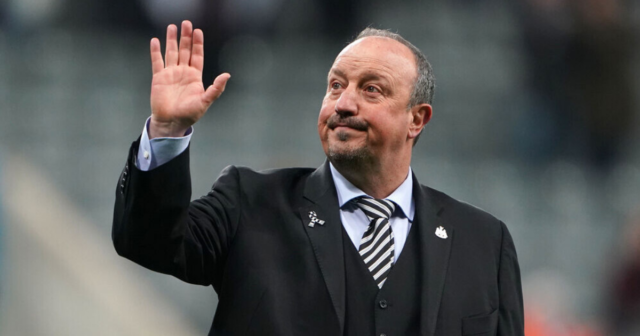 That’s after the 61-year-old publicly ruled out a move back to the club.

Benitez is adored by the Newcastle faithful

But the new mega-rich Saudi owners still believe that the Spaniard could make an emotional return to the North East.

According to Football Insider, there is still an ‘inkling of hope’ at Newcastle that Benitez will accept their latest approach.

Former Liverpool boss Benitez’ is the Magpies No1 choice to replace the axed Steve Bruce.

However the report suggests that it’s not actually Everton who will prove to be the biggest stumbling block in their pursuit of Benitez.

His family are settled on the Wirral and have been since he managed Liverpool.

The Benitez family have kept home there while Rafa was previously in charge of Newcastle and Chinese club Dalian professional.

And according to journalist Gianluca DiMarzio, who spoke to Mybettingsites.co.uk, it is ‘really difficult’ for Benitez to leave Everton now.

However the former Chelsea boss still remains their ‘dream’ appointment.

He left St James’ Park in 2019 after becoming fed up of working under Mike Ashley.

But now with Ashley gone the new owners are hoping he could be tempted with a move back to Tyneside.

He first joined the club in 2016 and is a fan favourite among the Toon Army.

After leaving Newcastle he had a two year spell in China before his controversial appointment at Everton – which was was met with fury by Evertonians.

Did you miss our previous article…
https://www.sportingexcitement.com/football/premier-league/five-man-utd-stars-facing-axe-in-january-transfer-window-as-season-flops-including-paul-pogba-and-donny-van-de-beek